Didn't get out much in August but three outings were memorable:

Dune Villa is a scarce Bee fly which is only found in large coastal dune systems. I knew that there were records from The Maer in Exmouth so drove over there for a look on 8th August, a very sunny but rather windy day. At first I thought it was just too windy and after about half an hour of searching I was about to give up.  Then just as I turned to head back to the car I spotted one! All I needed to do now was get close enough to get some photos, easier said than done! Got it the end though. 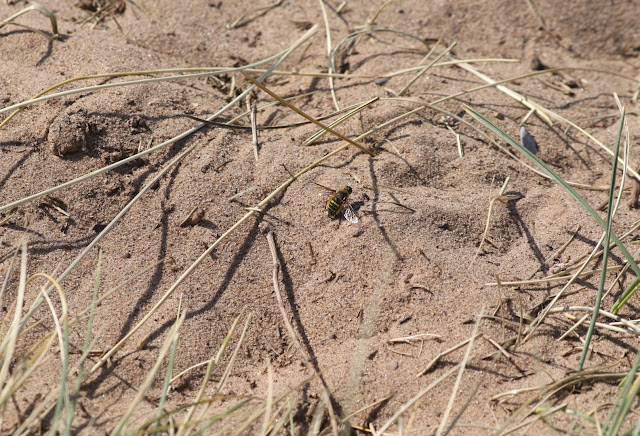 First I took one from a distance just in case I couldn't get closer. 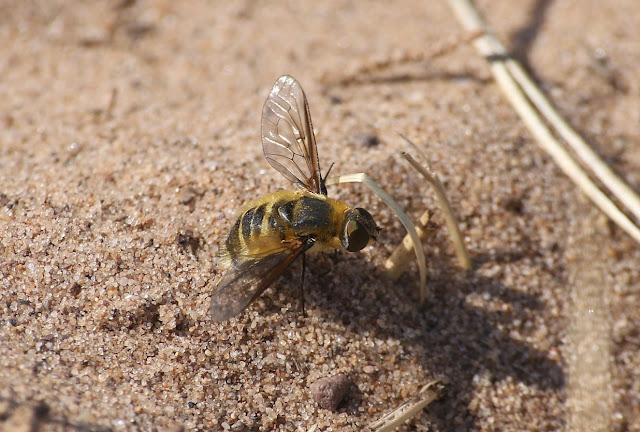 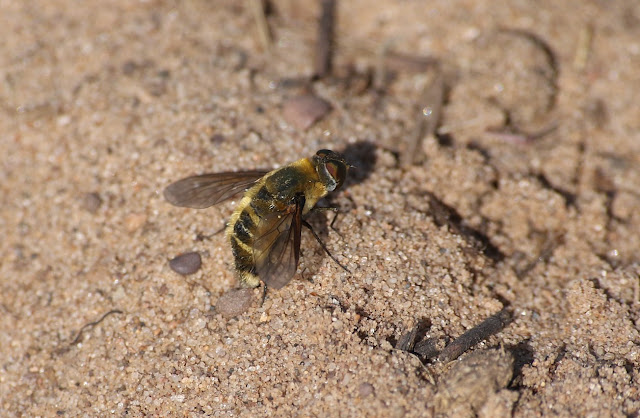 This is a female and she is collecting sand on the tip her abdomen where she carries an egg. The egg is covered with the sand and then carried away and flicked onto the ground. I don't think a lot is known about what species they parasitize, it's thought to be species of moth. 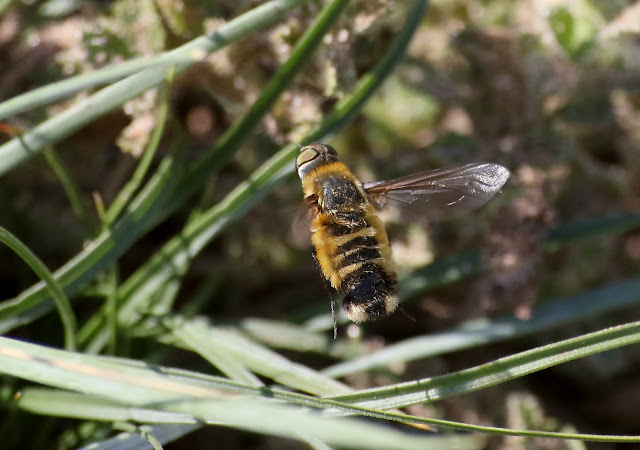 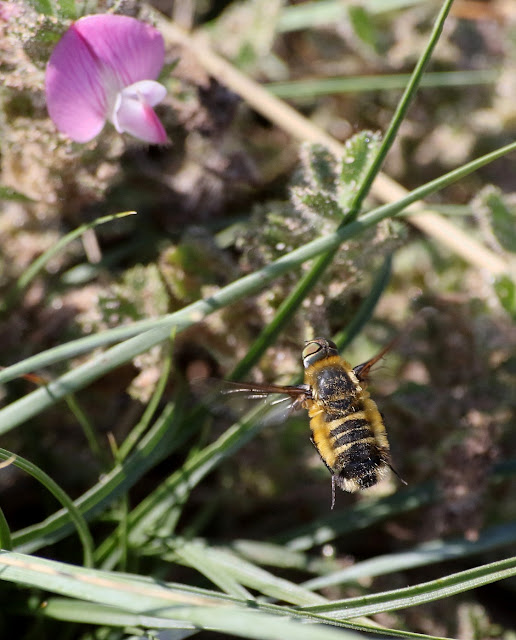 I watched this one flicking eggs into some low vegetation. 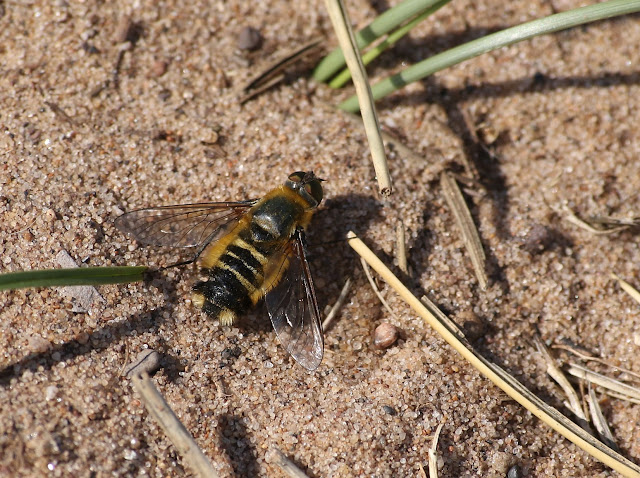 Long-tailed Blue has become my bogie butterfly. In 2019 there were several seen at Axmouth and they were there for a couple of weeks, the only problem for me was that I was in Vietnam! The very first time the sun came out after my return I was down at Axmouth, but I was too late. Then last year one was spotted in the same place but I didn't find out until I saw a photo on Twitter. That was on the 16th, but the sighting was from the 12th and it had been seen a few days before that too. The next day I was back at Axmouth and very hopeful. It was warm, sunny and there were a few butterflies about. I saw: 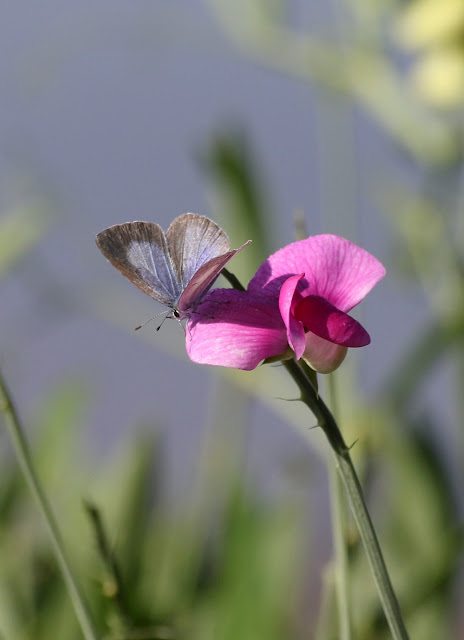 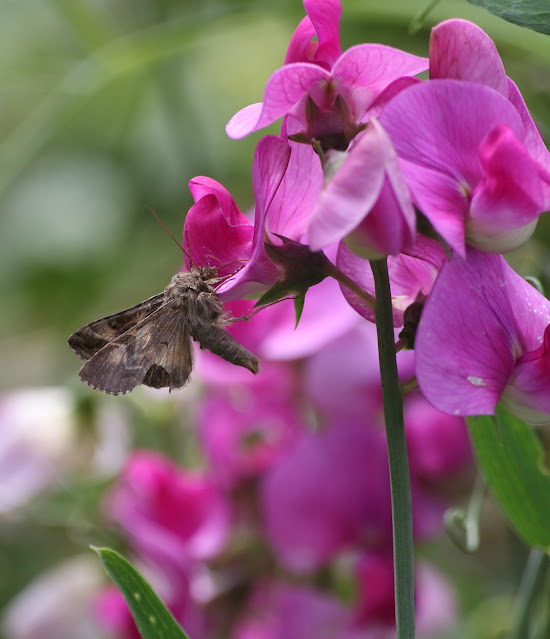 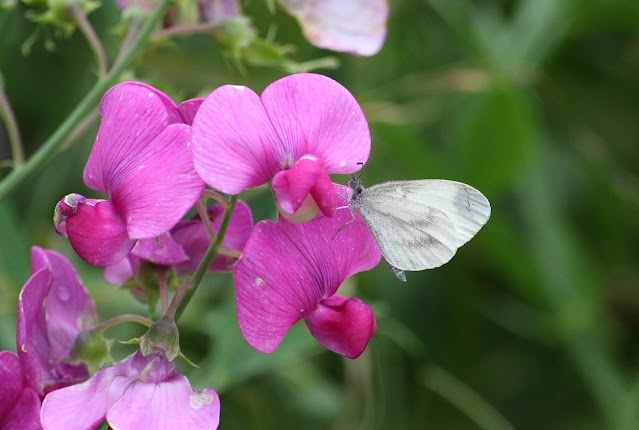 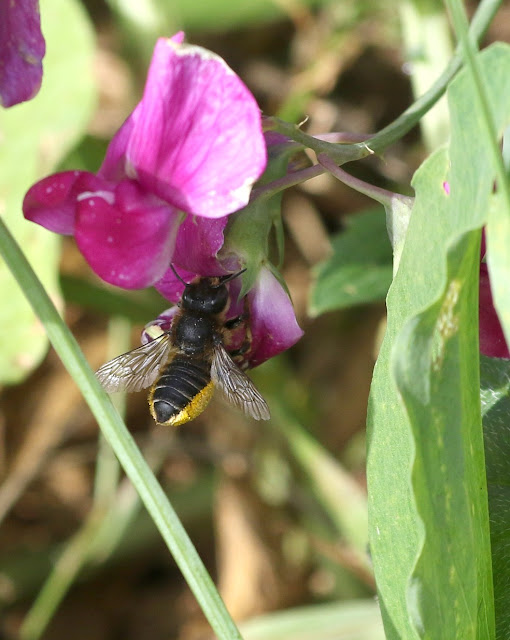 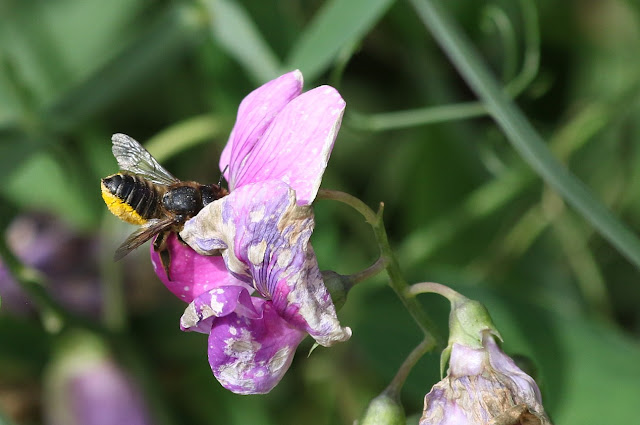 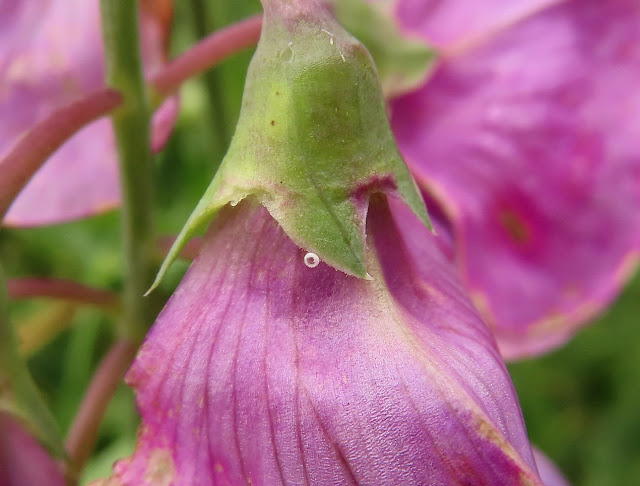 This is the nearest I got to seeing a Long-tailed Blue. It's an empty egg case and the newly emerged larvae which you may just be able to spot between the two sepals to the left of the egg. The adult female that had been seen had most likely died because she wasn't there. I was too late again! 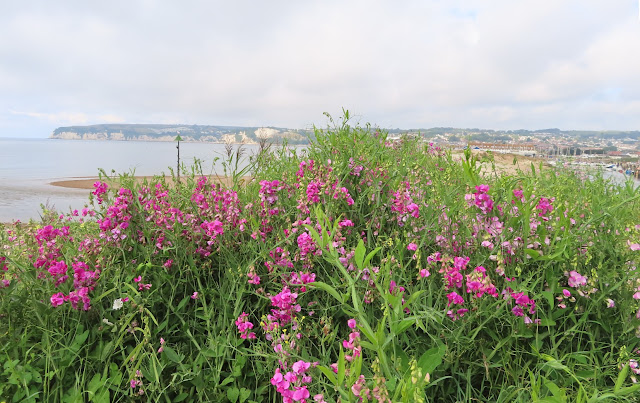 I do still love this patch of Everlasting Pea.
Even though it's always minus a Long-tailed blue.
Maybe one day...
Later in the month I drove over to Somerset to look for Berry Catchfly. Not a native plant but one which is naturalized in a few places in the UK. It's main stronghold was in Norfolk but it appears to have died out there. So this population in Somerset may be the last in the UK. It was a new species for me too! 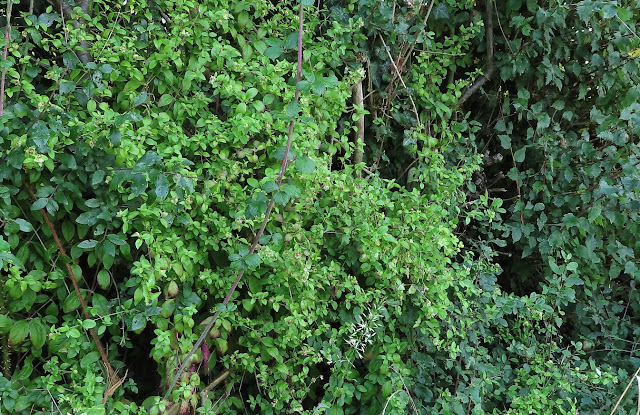 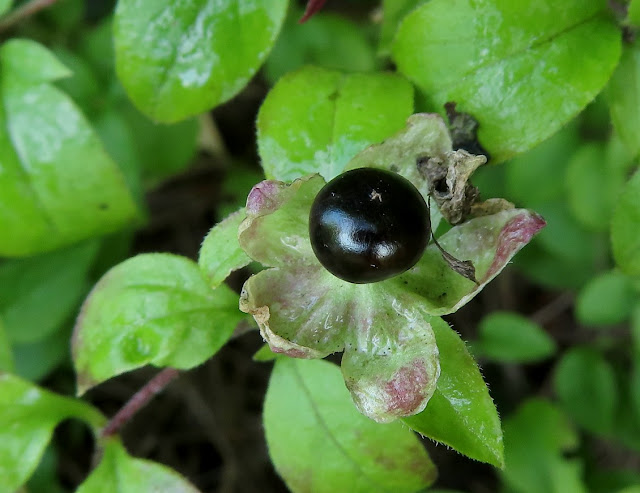 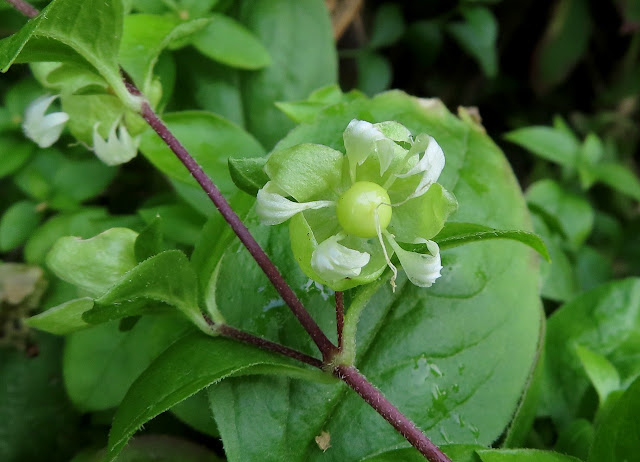 Posted by Karen Woolley at 7:48 pm