The rest of our week in Scotland in Early June was spent looking at plants which thankfully weren't up mountains, some were on Cairngorm, but not a long way from the car park. The rest in the Abernethy Forest & Rothiemurchus areas, and a few sites along the north east coast.

Whitewell on the Rothiemurchus Estate is a great spot for wild flowers with a great view towards the Cairngorm Mountains. 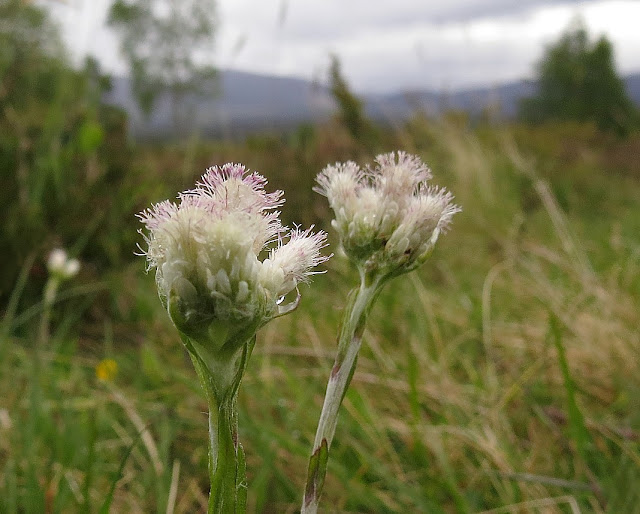 There was plenty of the lovely Mountain Everlasting or Cat's-foot.
These are the female flowers which also occur in pink. 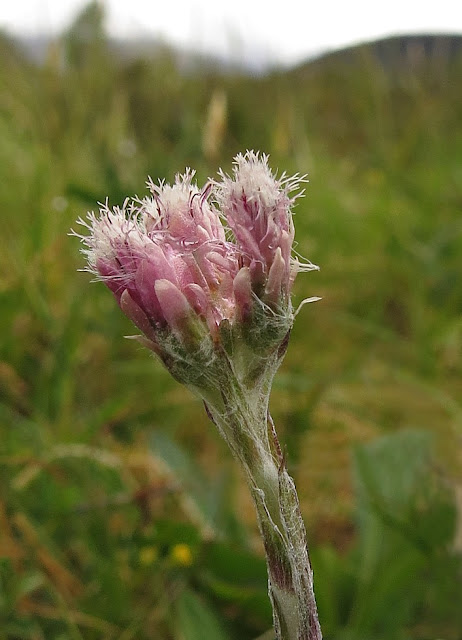 The plant I was hoping to see here though was Small White Orchid, which last year I'd only seen in seed. There were quite a few spikes scattered about in the area but not many of them were out yet. It only takes one though, and in fact I was lucky as two were very nicely in flower not fully out yet but enough. I've longed to see this orchid ever since I first saw it in Harrop's Orchids of Great Britain and Ireland. I don't know why but it was the one I most wanted to see. Needless to say I was very happy! 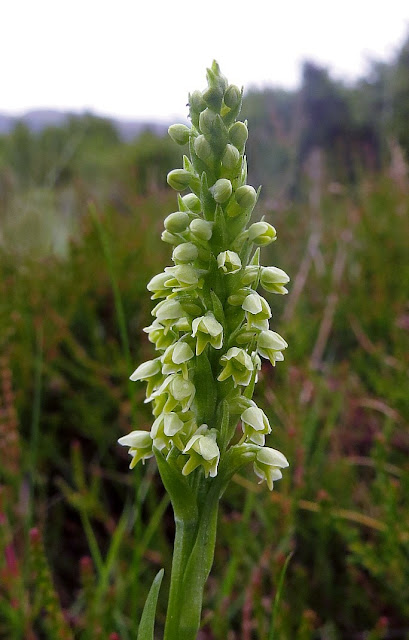 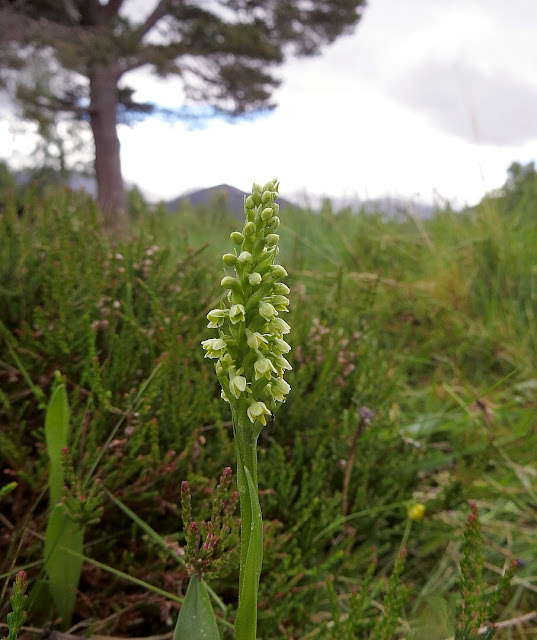 Also in the Abernethy area were more lovely orchids like... 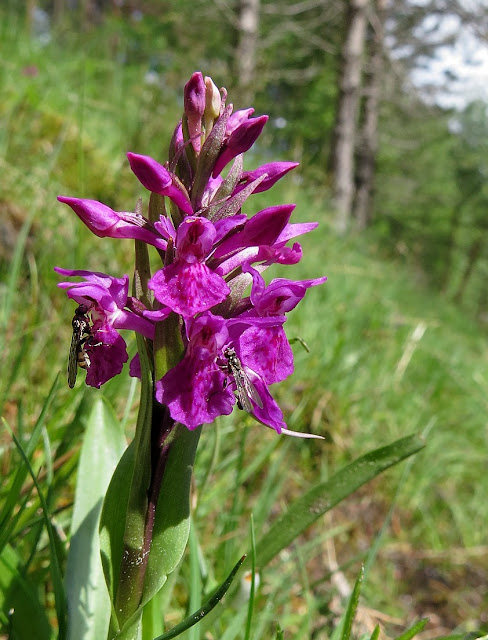 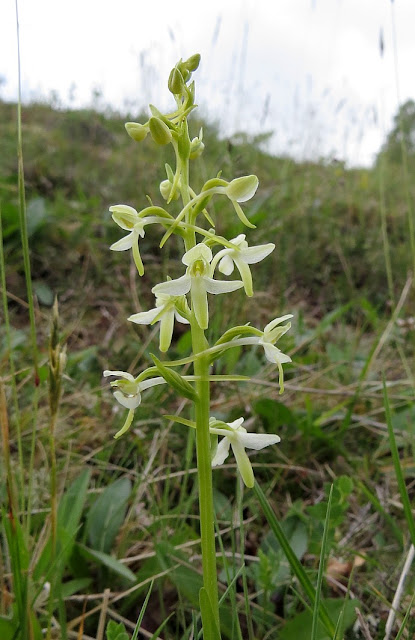 And Lesser Butterfly Orchid which was another first for me.
Rather surprisingly really considering it has quite a few sites in Devon. I just haven't been to any of them at the right time of year I guess. 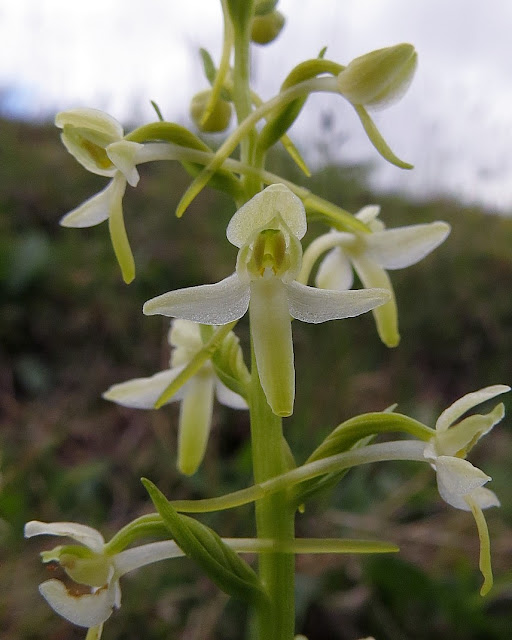 Other highlights were two flowers which I'd seen for the first time last year and  I was only too happy to see again. 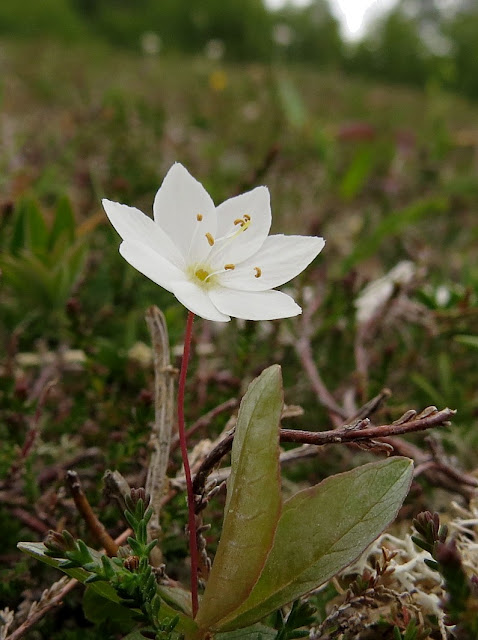 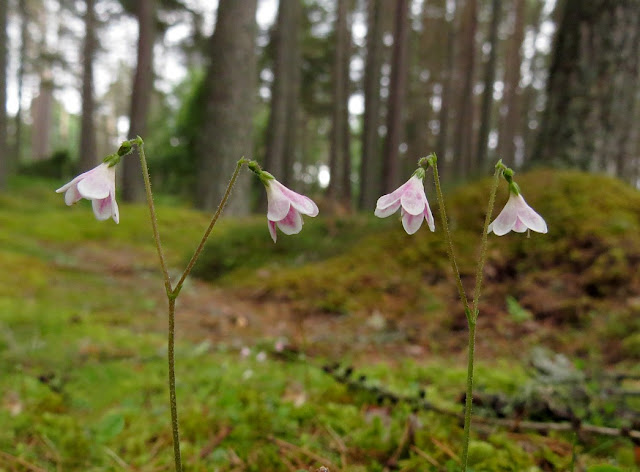 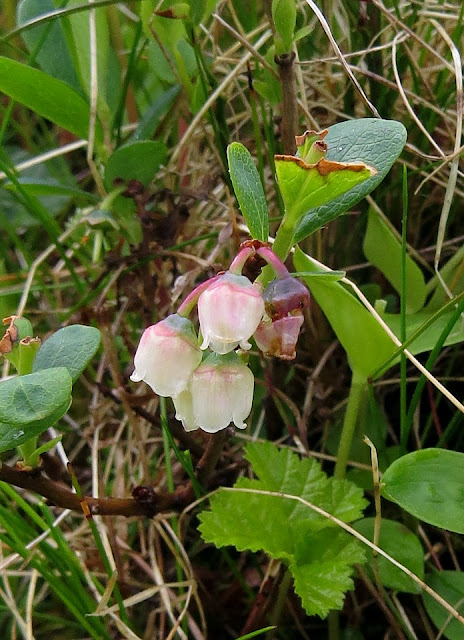 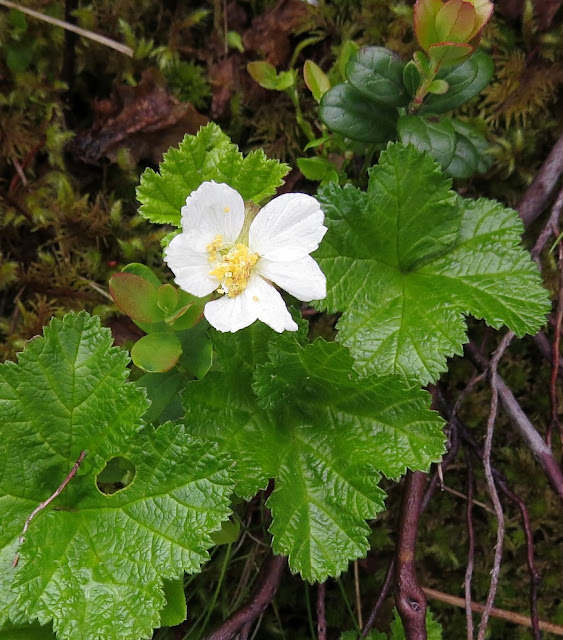 Cloudberry - Rubus chamaemorus
I'd only seen this in fruit before, which admittedly looks better than the flower.
A plant which definitely looks better in flower than fruit is... 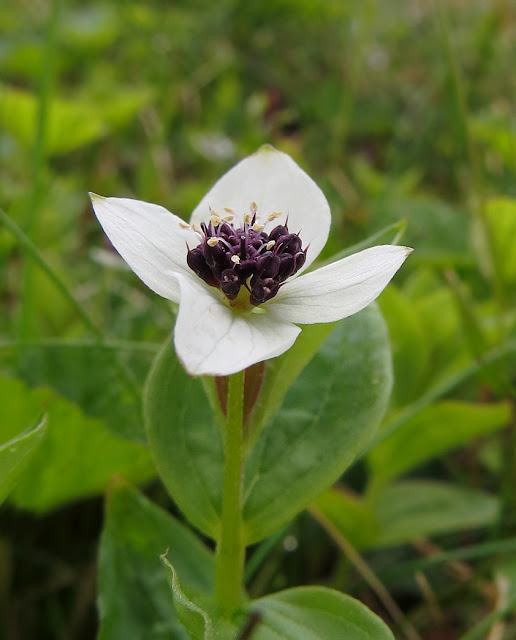 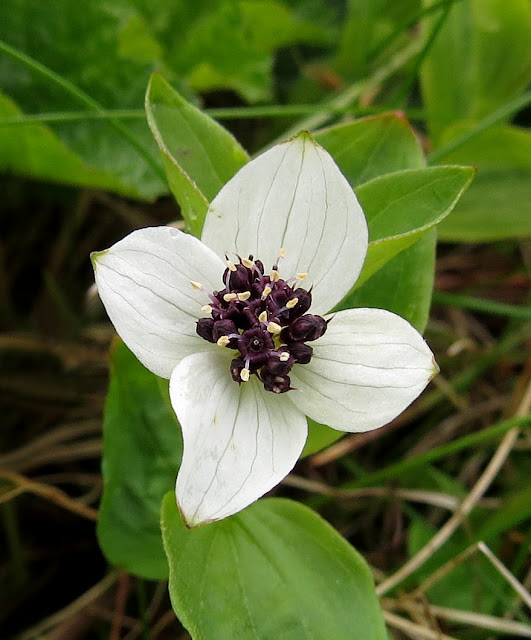 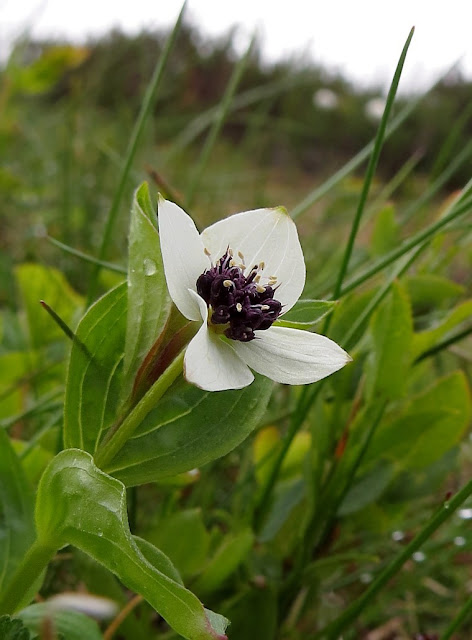 We made a quick visit to Glen Clova hoping to see Purple Coltsfoot at its only site in the UK. We did see the leaves but that's all. It wasn't faring very well having become almost completely crowded out by leggy heather. This had been cleared away when we visited (well, cut back). I only hope it has been done in time. It does make you wonder why it was left to get like this. Last year we asked about visiting the plant and the ranger said we couldn't go and see it because the habitat was too fragile! It seems like nobody had been checking on it at all! This is what can happen when conservation bodies are too protective of a rare plant's whereabouts. If nobody ever visits, problems may not be noticed in time. Hopefully it will recover, only time will tell. On the way up to look for it we found some nice examples of Interrupted Clubmoss. 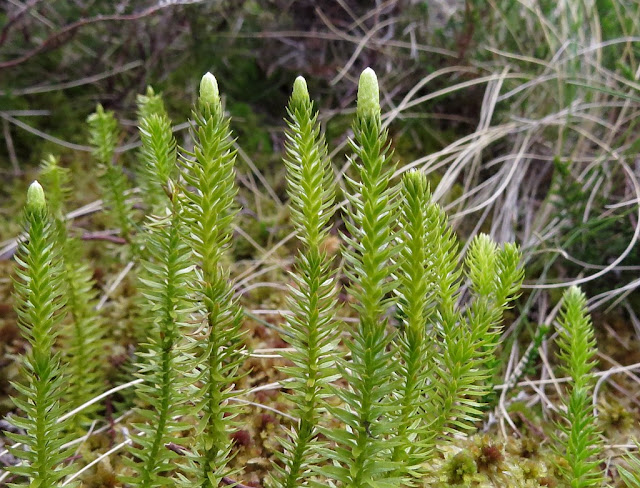 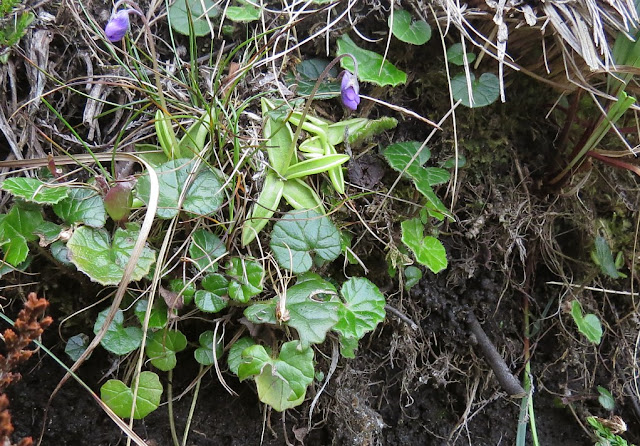 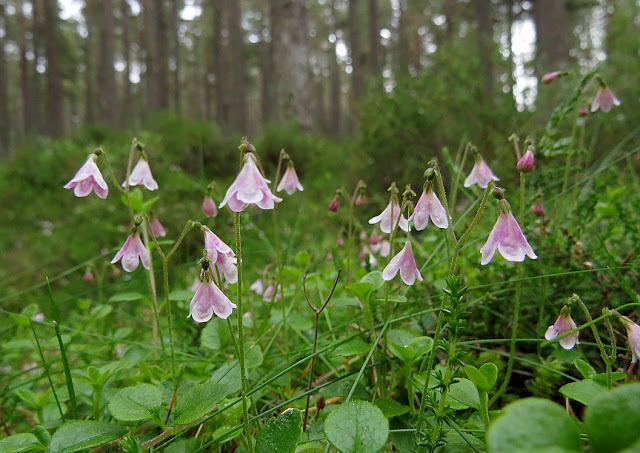 More of the exquisite Twinflower carpets parts of the floor of Balblair Wood.
The flower we were here for though was the very strange looking One-flowered Wintergreen also known as St.Olaf's Candlestick. 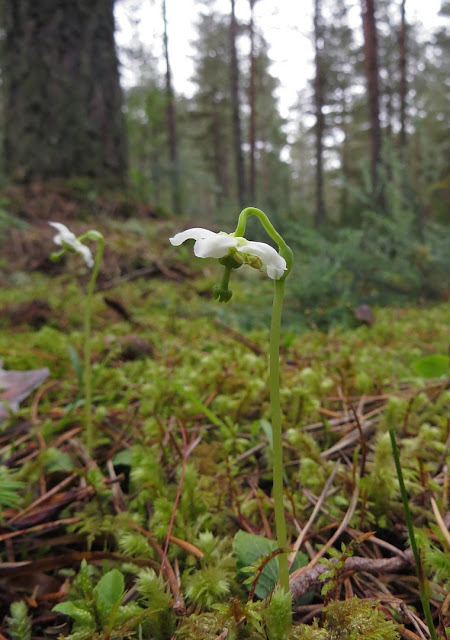 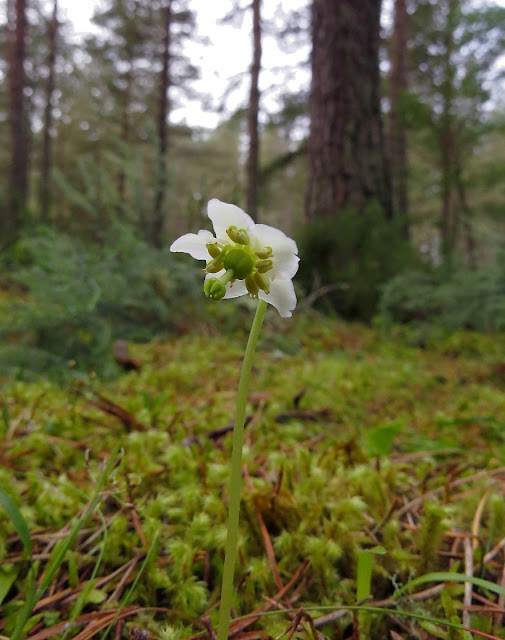 One-flowered Wintergreen - Moneses uniflora
On a very wet day we visited Princess Cairn near Golspie in the hope of finding Pyramidal Bugle. The less said about it the better I think... "If you can't say anything nice" springs to mind!
We had slightly better luck at a well known site for it nearby called The Mound.
We found the plant but it wasn't really looking very pyramidal. I think because it was growing amongst long grass and had become leggy. It had the correct long hairs on all stem sides and most of the bracts were longer than the flowers, the topmost ones more so (although some had been nibbled) and the pale blue flowers with white stripes. No stolons were visible. It wasn't a hybrid either as it had some fruits. I'd like to see a better one though. 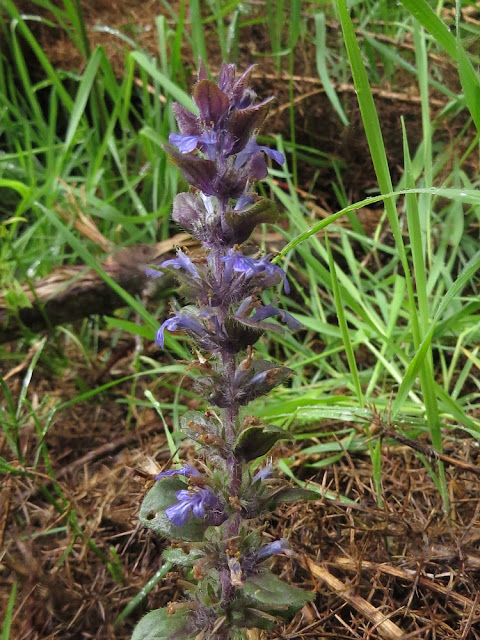 Andy had been telling me how good Ardersier Common was and I was very eager to see it for myself. The plant I wanted to see there was Coralroot Orchid which can be found in good numbers. There were a couple of other notable plants as well. 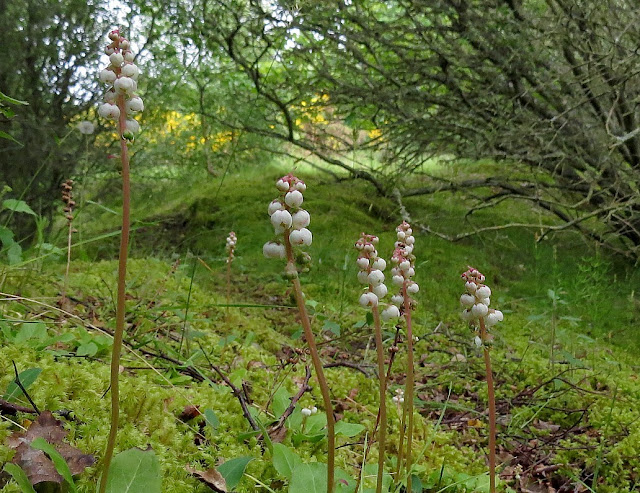 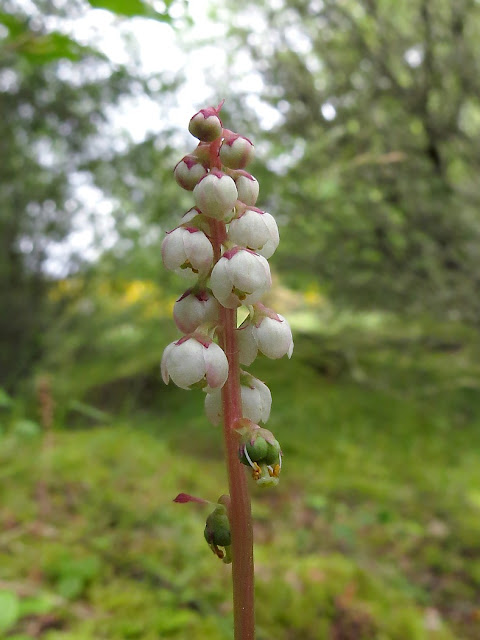 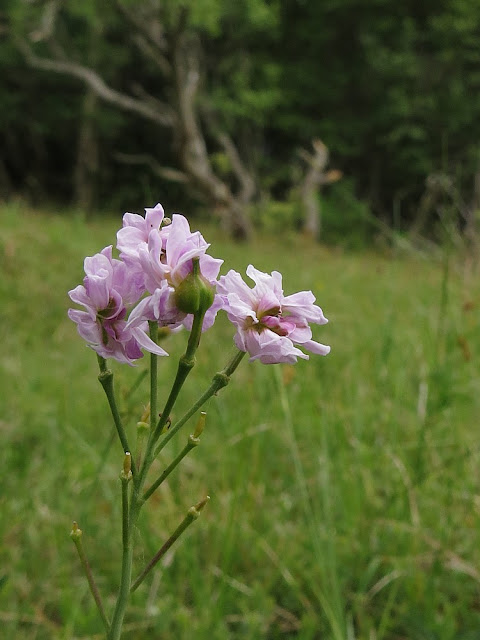 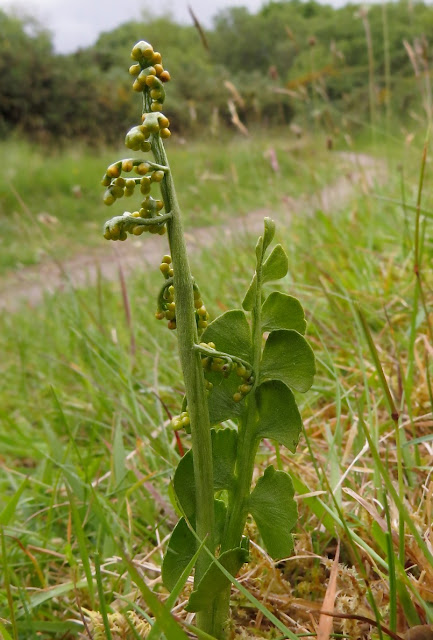 I was very pleasantly surprised when I saw the Coralroot Orchids, they were much more colourful than I'd expected from photos I've seen of them and some of them a lot larger too. You have to get 'up close and personal' to really see them at their best. 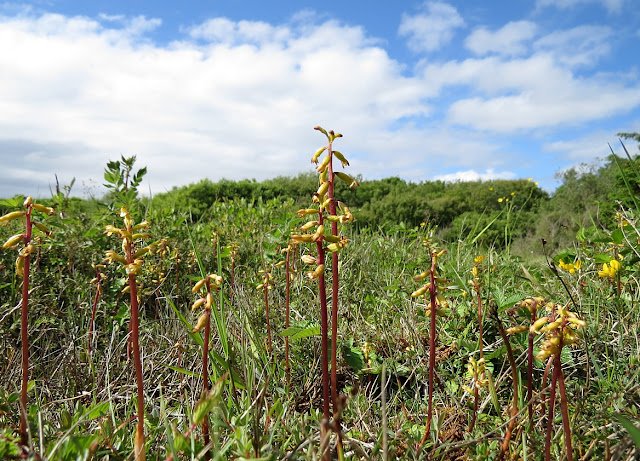 There were some quite large groups. 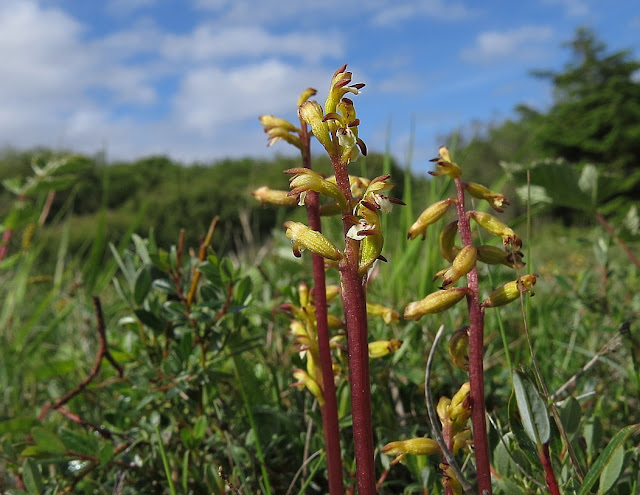 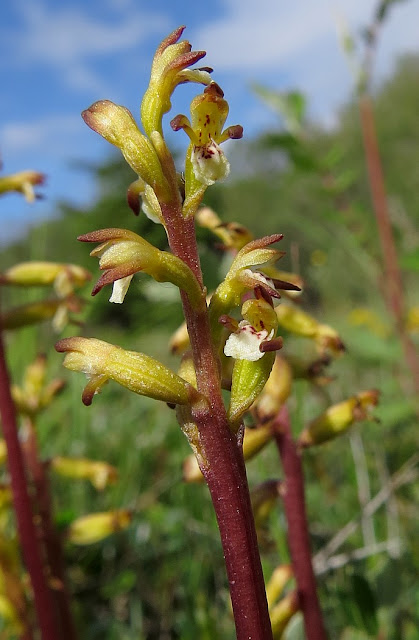 The better they look! 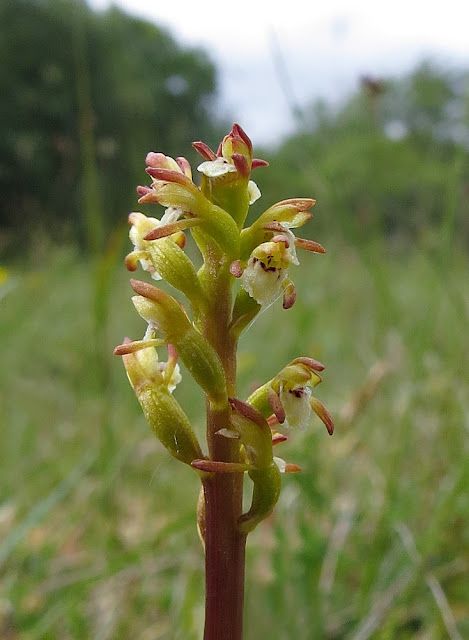 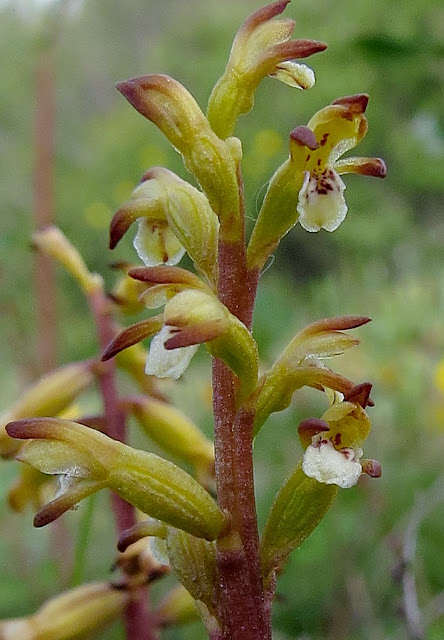 
That's all from our June trip but stay tuned as we went back for two weeks in July....

Really lovely Karen. Visited the Cairngorms many years ago (birdwatching) loved the place, must return someday.

Would love to see all these. Came close to seeing a Coralroot Orchid once, but was too early I think. Great photos, and the Small White Orchid looks fab too.

Thanks for kind comments folks. I definitely recommend it. Top places with some of the most beautiful plants! Great memories!