For the last few weeks I've been sieving leaf litter and moss hoping to find a Pseudoscorpion. I've seen lots of fascinating creatures, but not the one I was after. Well until today that is, on my fifth attempt when I found not one but two. I was so thrilled to finally see one! They're really amazing little creatures. Quite fearsome looking but only 4mm long, they are a type of Arachnid and inject their prey with venom from their pincers. I tried to get some photos which was a bit of a challenge with them being so tiny and always moving. I managed it though. Not brilliant photos but I'm amazed how much detail I could get. I think these are a common Pseudoscorpion called the Moss Neobisid 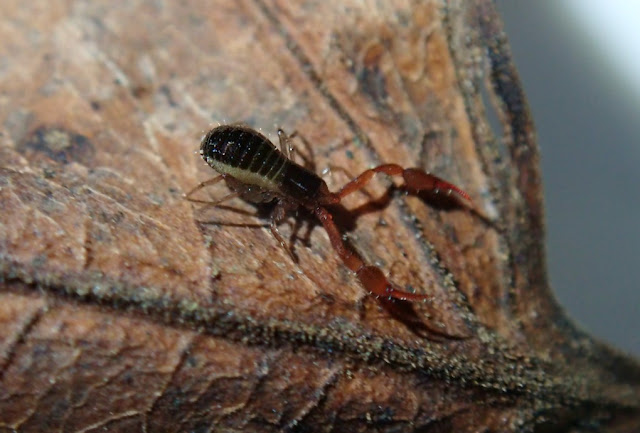 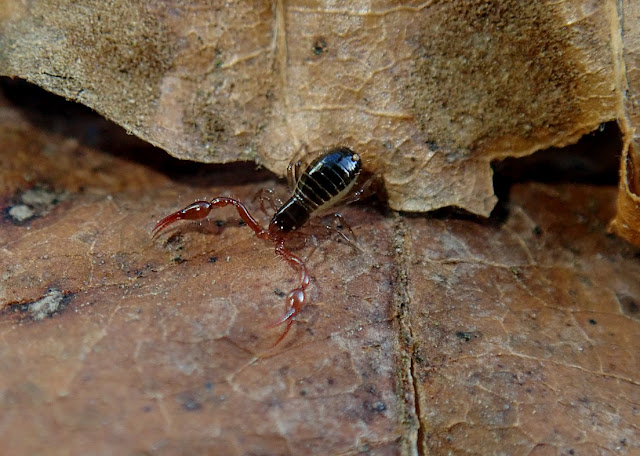 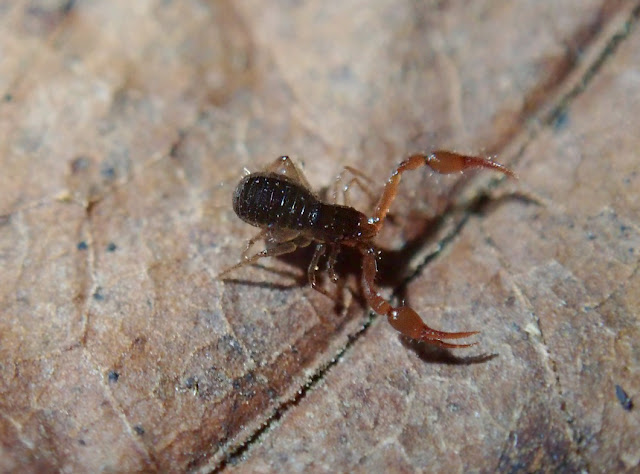 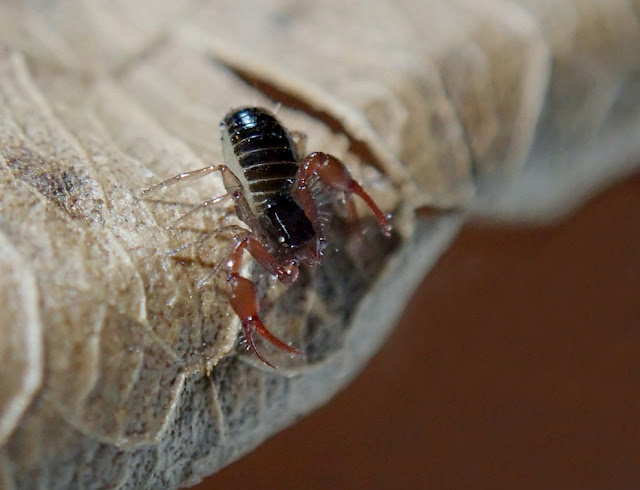 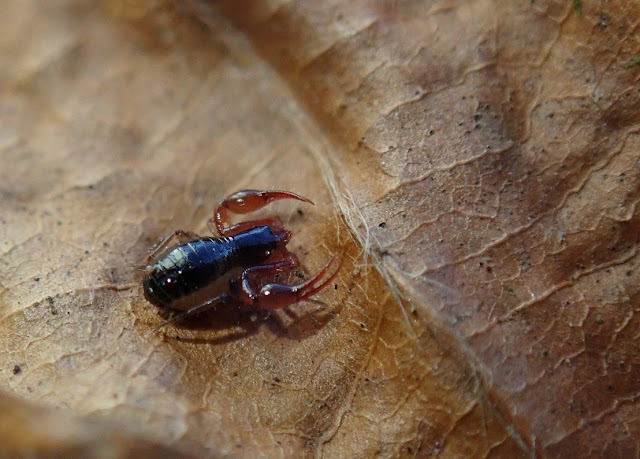 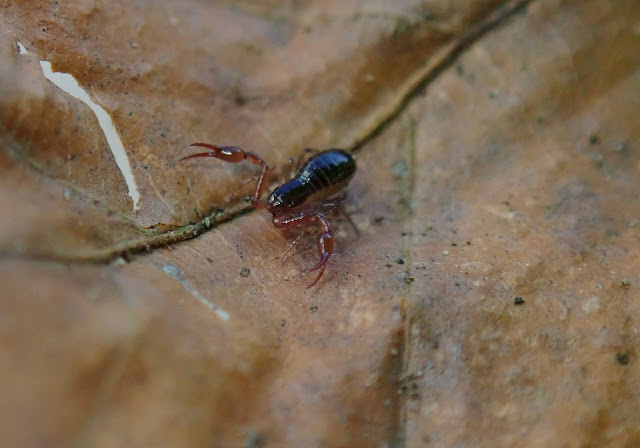 Terrific photos Karen. I am constantly amazed at some of the fascinating creatures you unearth and then feature on this blog. A while back I listened to a Radio 4 programme about tardigrades, and was instantly transported back to the post you did on water bears some years ago. Brilliant stuff.

Superb (again) You really should post these to Fb page "Bugs R Us" they really are fantastic. Was it any old leaf litter or a particular site where you were aware they lived? Asfor the previous post with more invertibrates; where do you get the time?

Thanks Gav, I'm very pleased to hear that you remember my 'bear hunt'. Must do one again... soon!

Thanks Ian. Yes, just some leaf litter from a wood at the side of a county lane on the edge of town.

As Willy Wonka once said " So much time...So little to do!"