A few botanical highlights from a couple of trips up north last year. Once in mid May and once in mid August.


On a visit here the previous year I'd seen my first Lady's Slipper Orchid, Angular Solomon's Seal and wild Lily of the Valley but non of them were in flower so a return visit to see them in all their glory was a must! There was a fine showing of the Lady's Slipper and Lily of the Valley but the Angular Solomons Seal was just like the previous year, in being small and non-flowering. Nearby the reserve of Hawes Water had a beautiful display of Bird's-eye Primrose 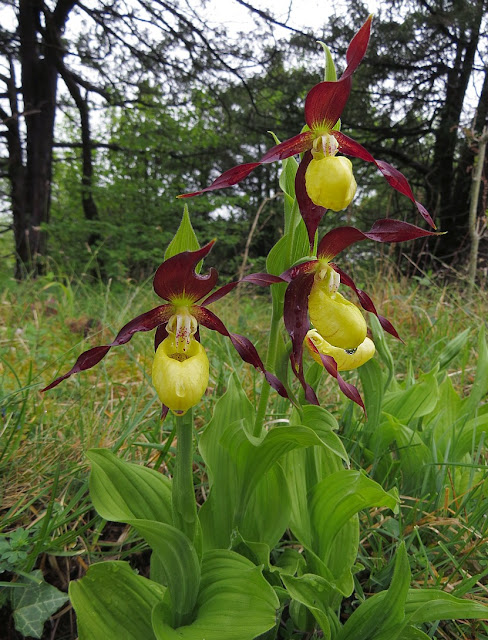 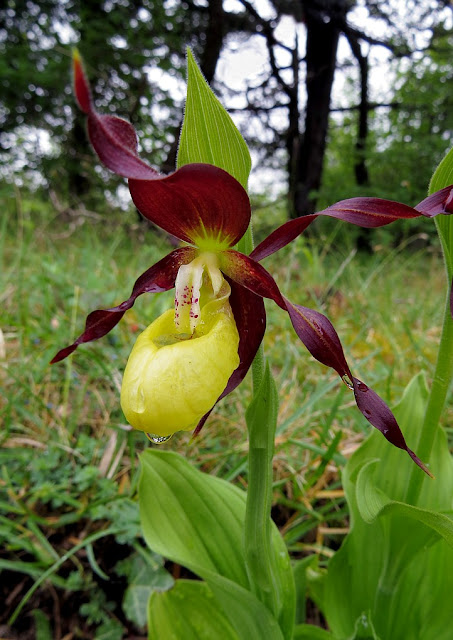 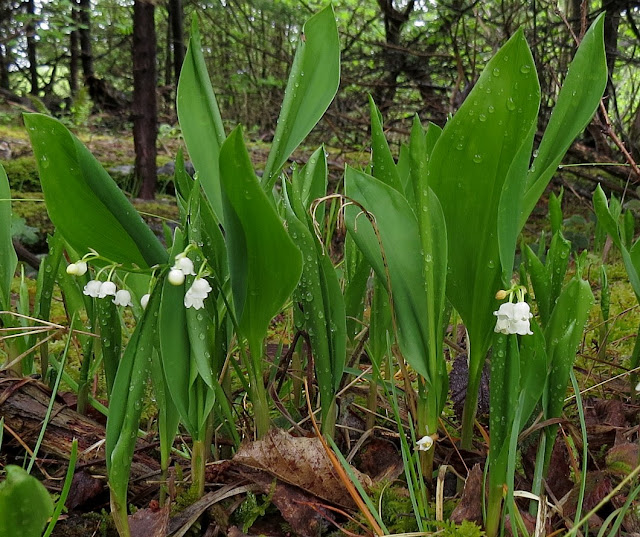 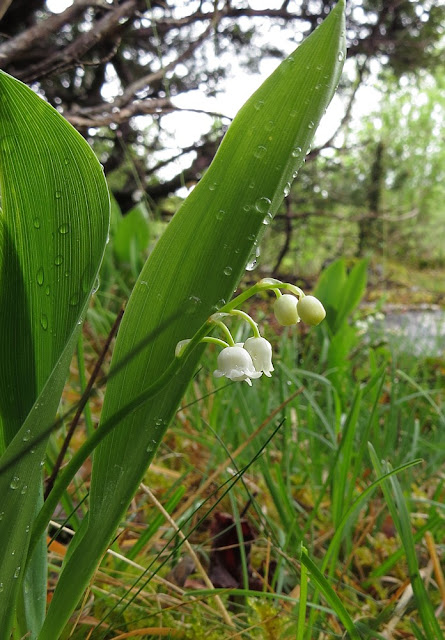 Lily of the Valley - Convallaria majalis 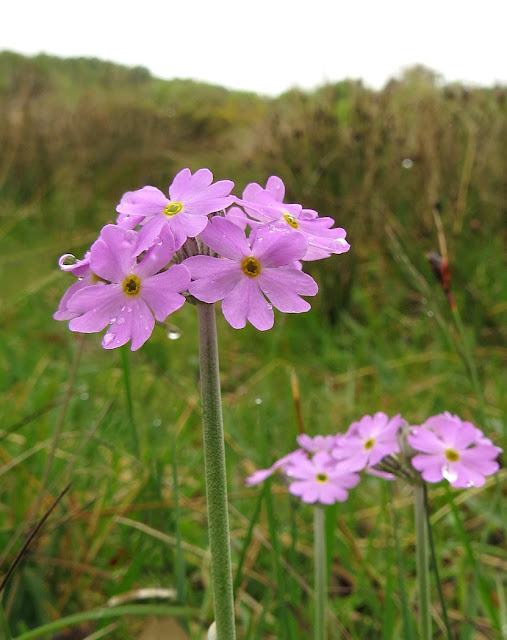 Here we saw nice examples of Bog Rosemary and carpets of Cranberry. 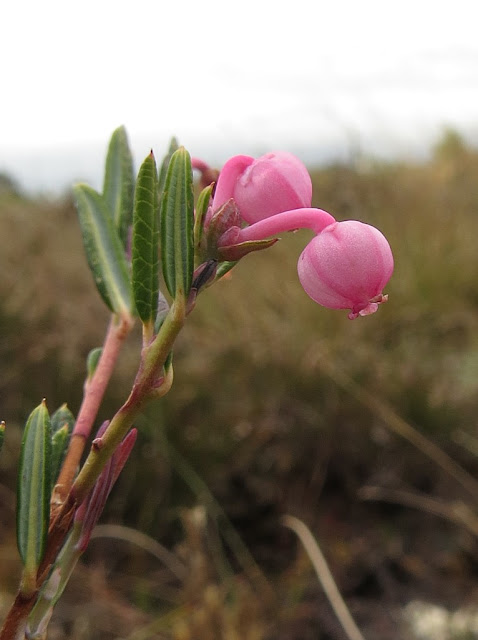 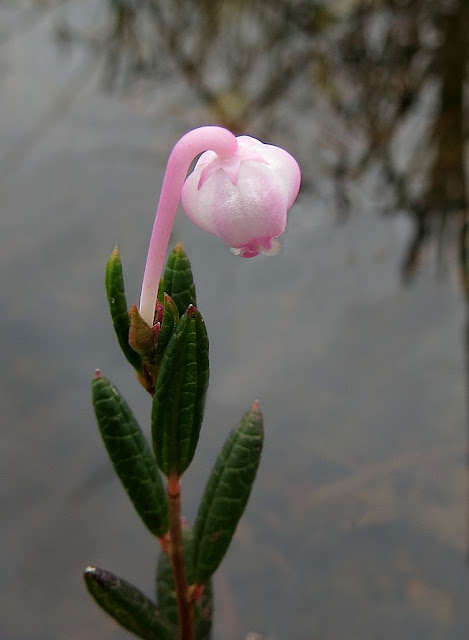 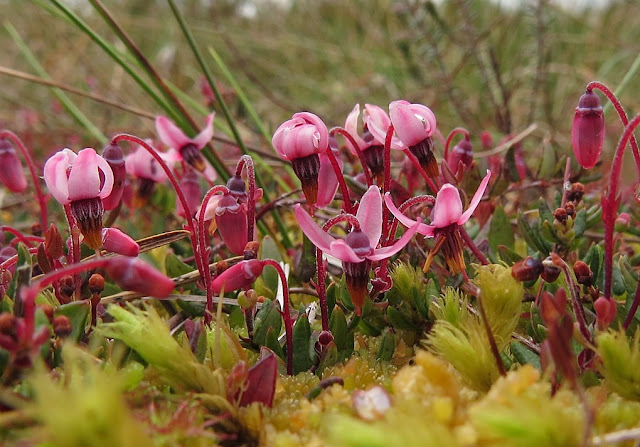 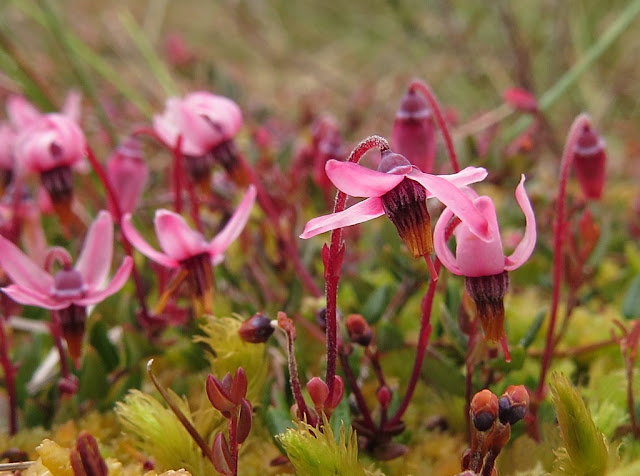 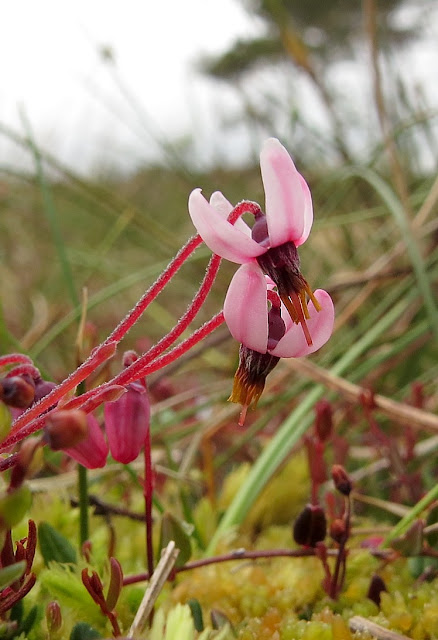 We'd previously visited Upper Teesdale in August 2015 but too late for a couple of the spring/early summer specialties, especially Teesdale Violet and Spring Gentian. We needed the weather to be sunny for the flowers to be open and first thing in the morning it was, but it didn't last and as we drove towards Cow Green Reservoir on Widdybank Fell it was a race against time as a bank of thin cloud threatened to obscure the sun. As we parked the car we could see the last of the blue sky moving off into the distance. Fortunately though the sun had been out long enough for the flowers of Spring Gentian to open and we spotted our first one as soon as we got out of the car. Further down the track alongside the reservoir there were loads more literally carpeting the ground in some spots. As time passed they were noticeably closing up but I managed to get some nice photos before they did. Mountain Pansies were putting on a good showing along with Bird's-eye Primrose and we found a couple of late flowers of Teesdale Violet. 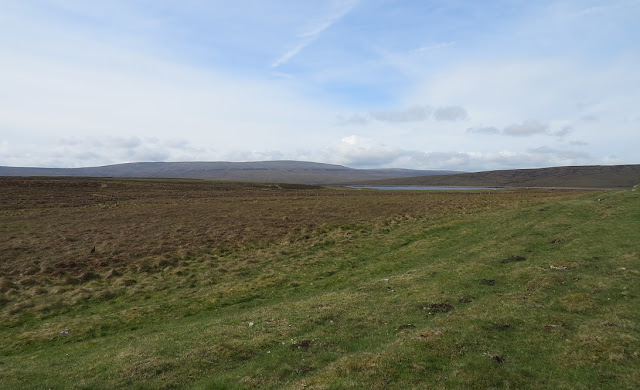 Widdybank Fell and the last we saw of the blue sky. This is right by where we parked and there is a single Spring Gentian right in the foreground. 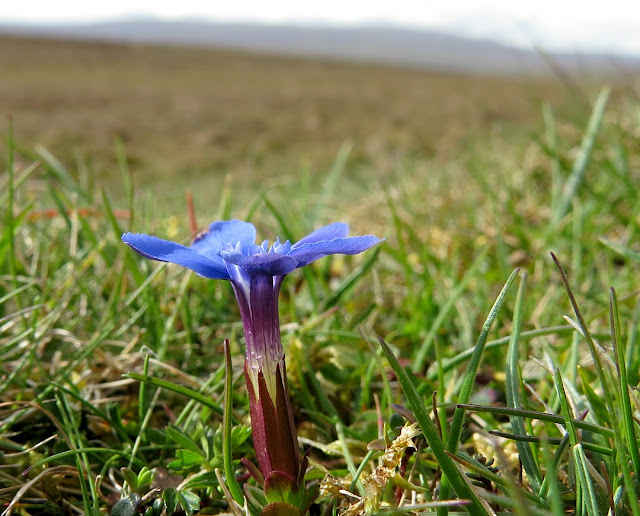 This Spring Gentian. Fully open in the last of the hazy sun.
Here's a few more fully open flowers. They are an indescribable kind of blue which doesn't somehow seem as vibrant in photos. 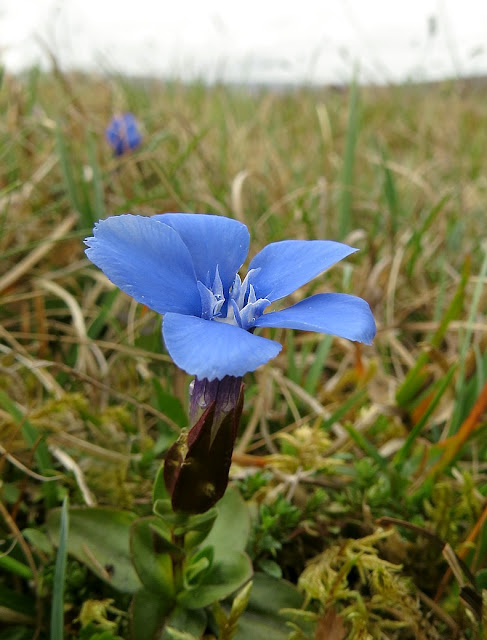 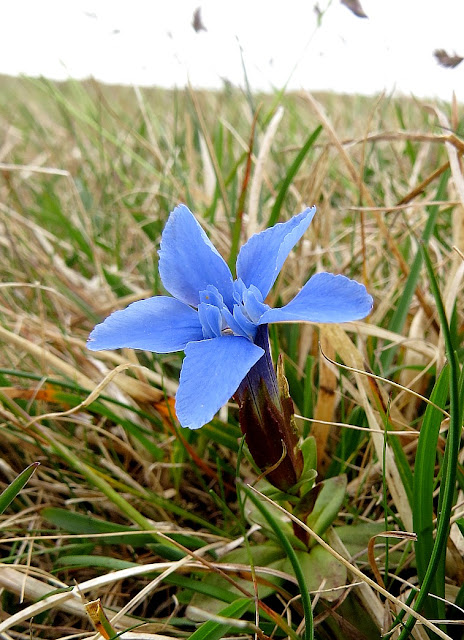 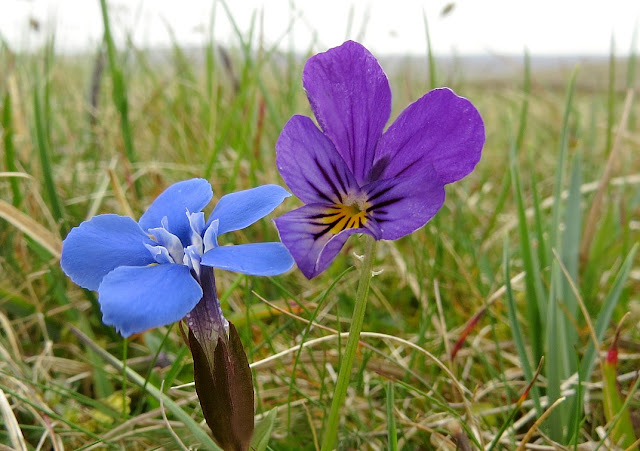 And here next to a Mountain Pansy. 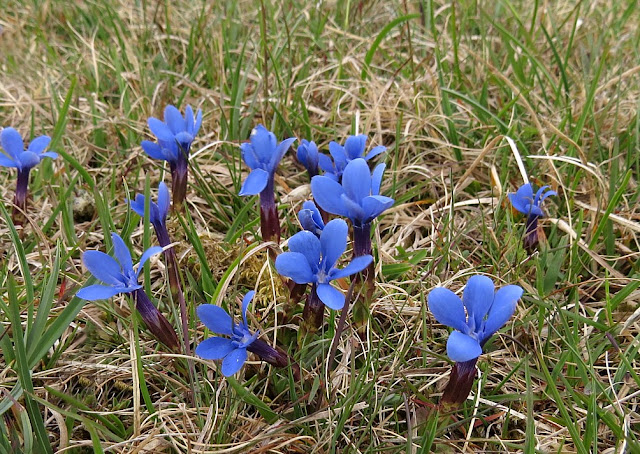 These were already beginning to close up. Large groups like this were studding the turf along parts of the sides of the track by the reservoir.
A really stunning sight!
Mountain Pansies were doing their best to compete with a beautiful show of different colours. 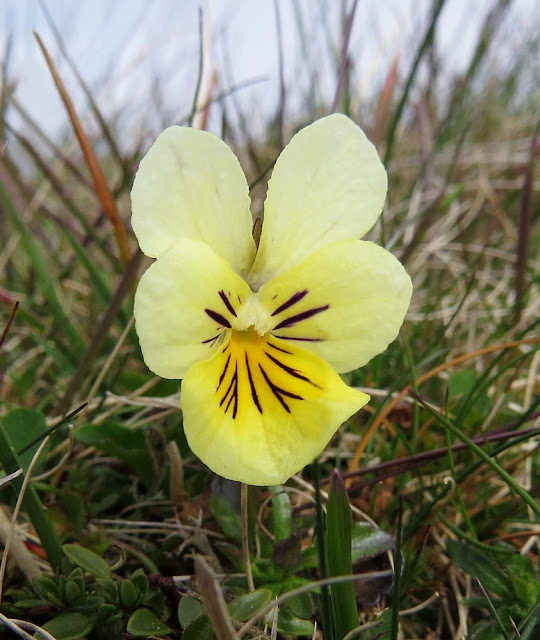 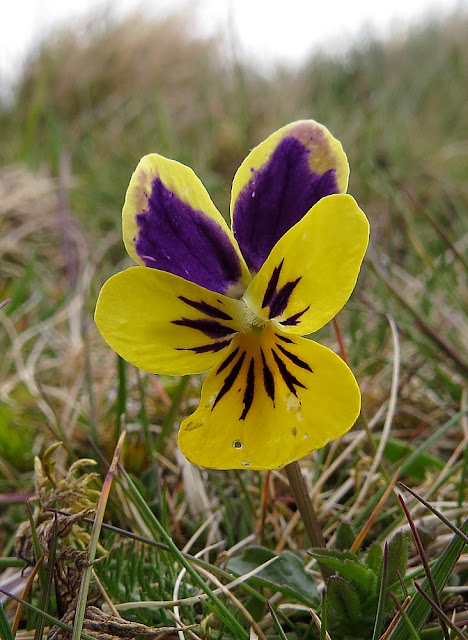 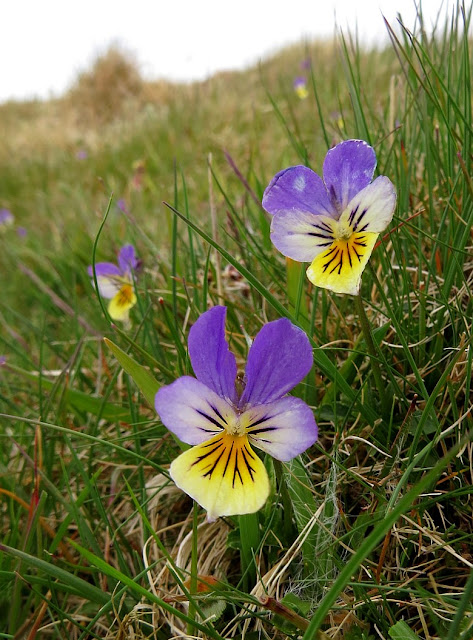 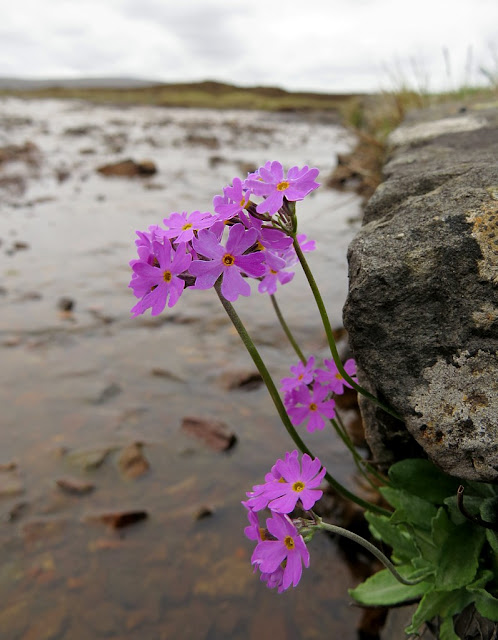 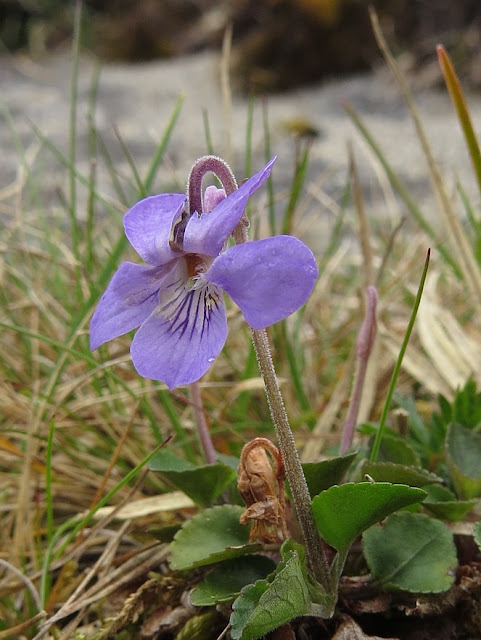 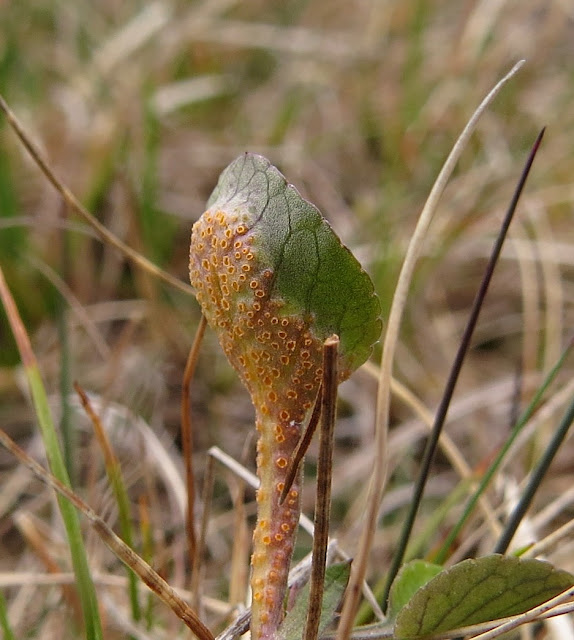 This plant is infected with Puccinia violae

A lovely display of Globeflower - Trollius europaeus on a nearby road verge.

Birker Fell and Devoke Water
In August whilst up north to see the Scotch Argus we popped over to the lakes to look for Water Lobelia. It was a bit late in the season and we only found a few stems with any remaining flowers and the windy weather and rough water meant many plants were submerged. Devoke Water is a very picturesque spot to see it though. 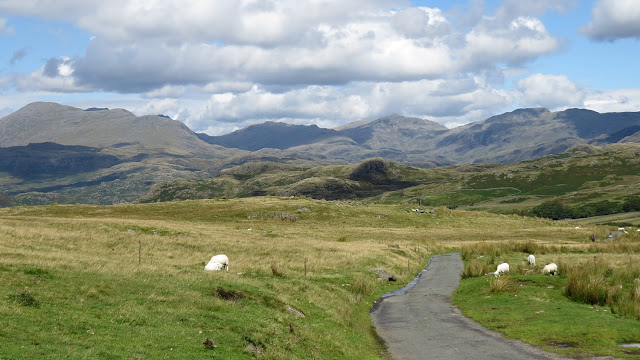 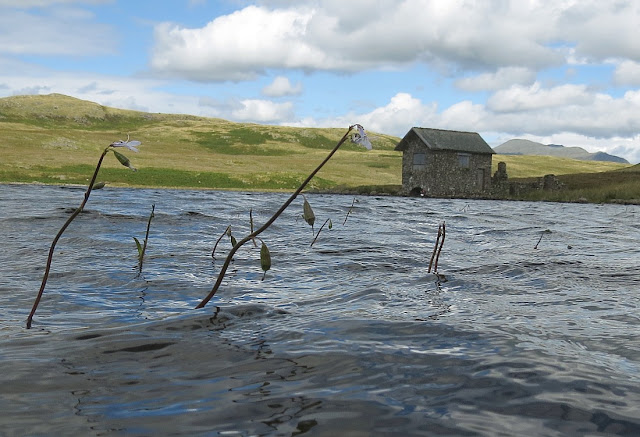 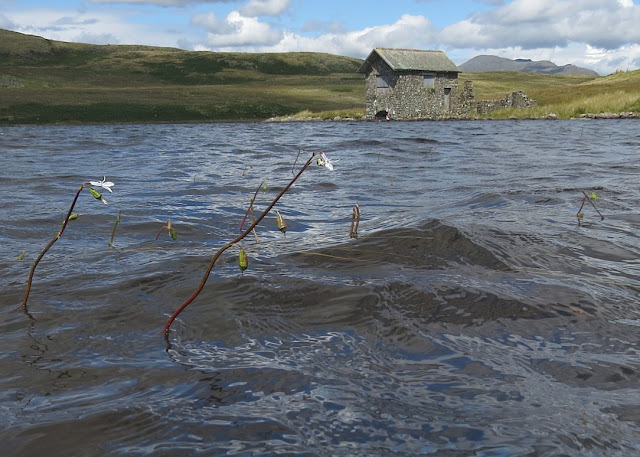 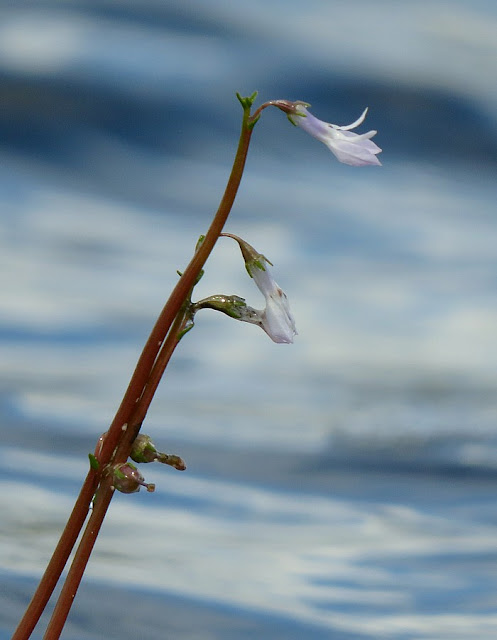