In mid September we spent a day on the Isle of Wight hoping to see a couple of late flowering rare plants. One of which is found nowhere else in the UK. We were fortunate enough to find both and we also had a surprise bonus.

The first plant is Wood Calamint, told apart from Common Calamint mainly by its much larger flowers. It grows in one small wooded area and along the adjacent road verge which is specially protected as this is its only site in the whole UK. The plant was past its best but still had a few nice flowers. 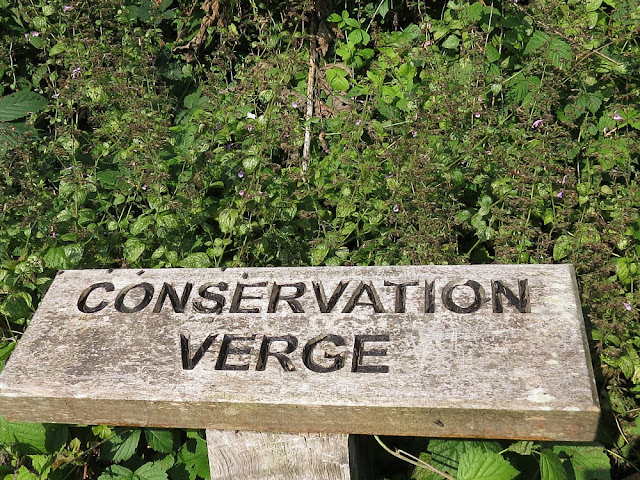 There's lots of the plant on the road verge but as you can see it had almost gone over. I imagine it looks superb when in full flower. 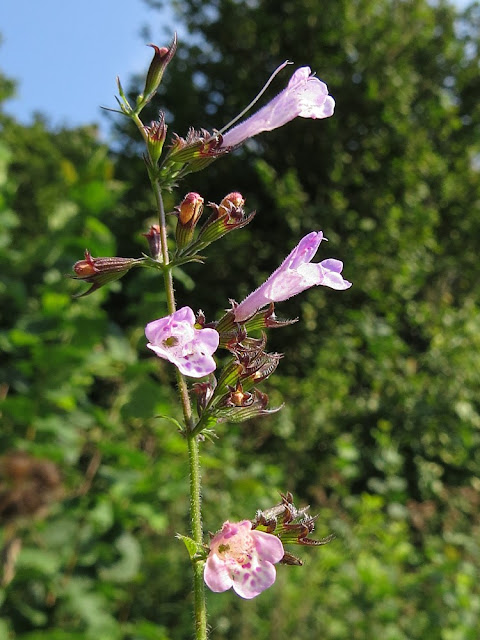 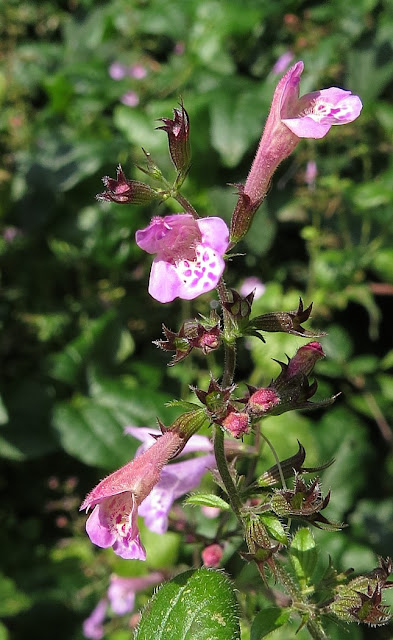 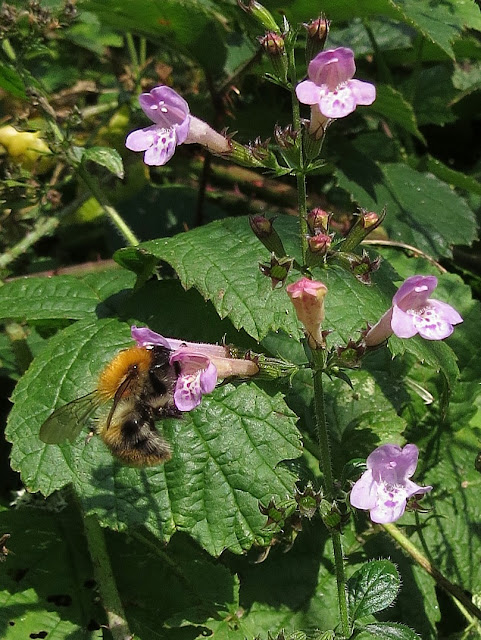 Our second plant of the day was Martin's Ramping Fumitory which grows abundantly on an allotment in the Shanklin area but is very rare in the UK as a whole. The allotments have been designated as an SSSI due to the presence of the plant. It was doing very well when we visited, almost completely covering one allotment and spilling out through the fence onto the surrounding pavements. 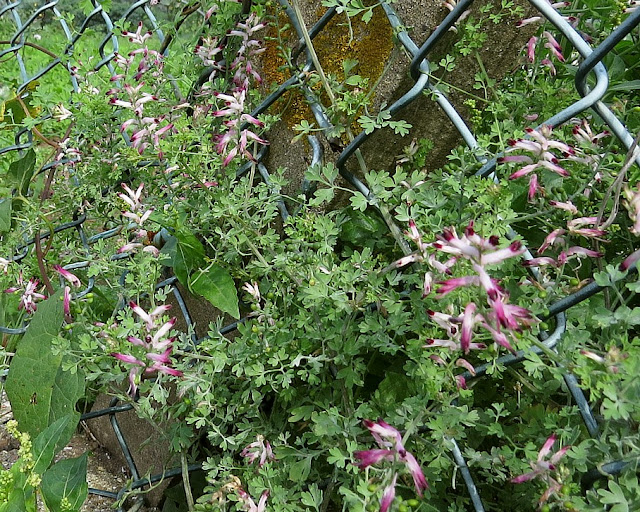 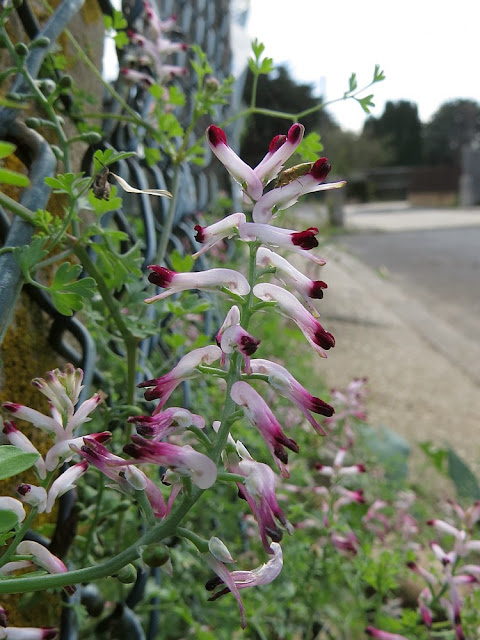 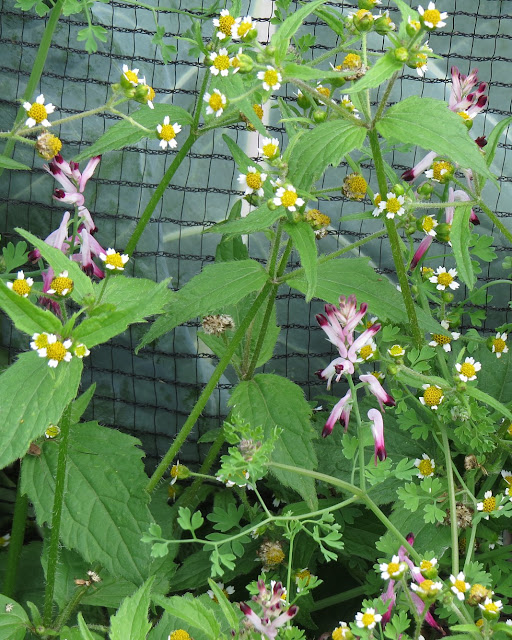 There was also lots of Shaggy Soldier - Galinsoga quadriradiata

Our final stop of the day was at Afton Down on the south coast.This is a good site for the very rare Oxtongue Broomrape and we were going there just to see the 'lie of the land' really, ready for a visit earlier next summer when the flowers would be in bloom. Mid September was way too late for them, or so we thought. There were hundreds of dead stems but amazingly there were two plants in full flower. What an amazing piece of luck! 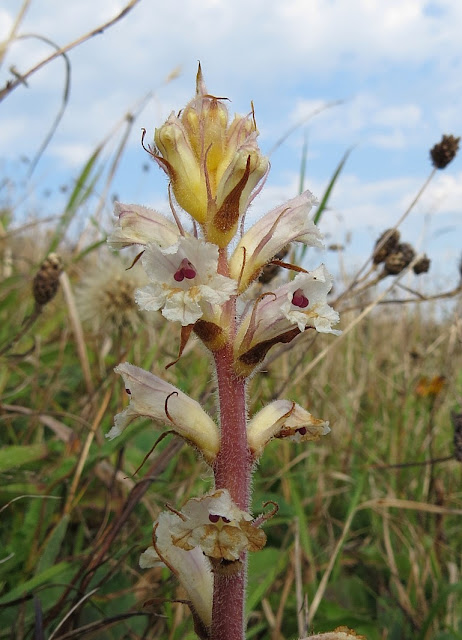 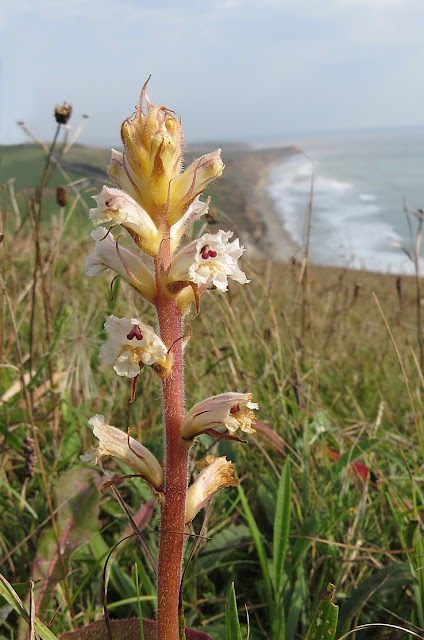 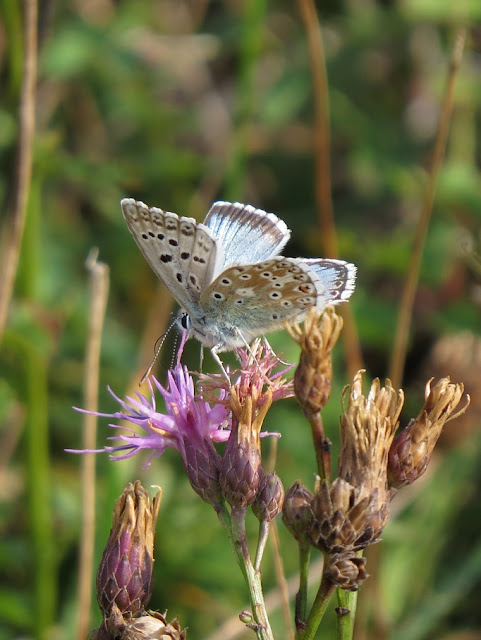 Posted by Karen Woolley at 9:08 pm