Winter is still a good time for looking for Lichens and Fungi and especially a fungi which mainly lives in trees. The lack of foliage makes the task of seeing it so much easier, or should that be marginally less difficult! Hazel Gloves is quite a rare fungus which is virtually confined to the west coast of Britain, especially Scotland's Atlantic hazel forests. It also has a stranglehold in North Devon, which is where we went to look for it a couple of weeks before Christmas. It is thought to be parasitic on a fungus called Glue Crust commonly seen sticking branches together. If it was on every patch of Glue Crust it would be easy to see but it is only very occasional even in its favoured areas. We were given a location to search for it at a DWT reserve by a member of the Devon Fungus Group and we found it quite easily there, although saying that I walked straight past it at first! We also searched along a stretch of the Bude Canal near Virworthy and recorded another specimen there. 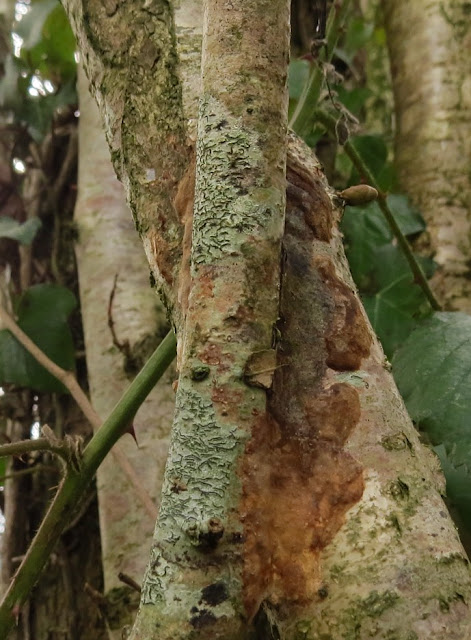 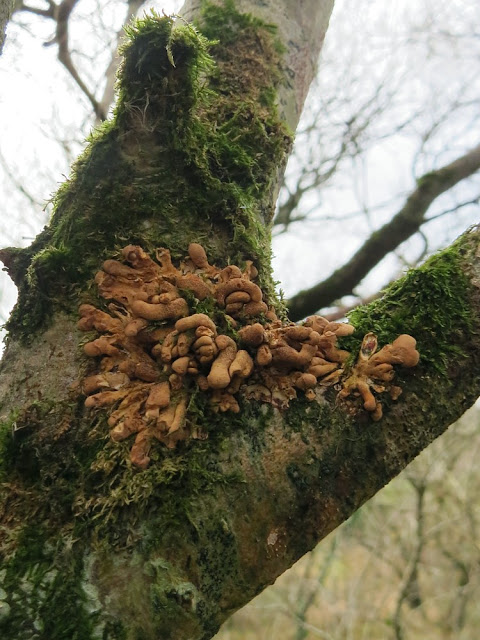 This was a fair way up a tree along the Bude Canal (I could only just get my camera to it)
and with leaves on the trees it would have been almost impossible to spot.
The fungus is called Hazel Gloves because the tan coloured fruiting bodies are meant to look like
gloves but as you can see they don't always. These certainly didn't. However, just look at these ones from the DWT reserve. 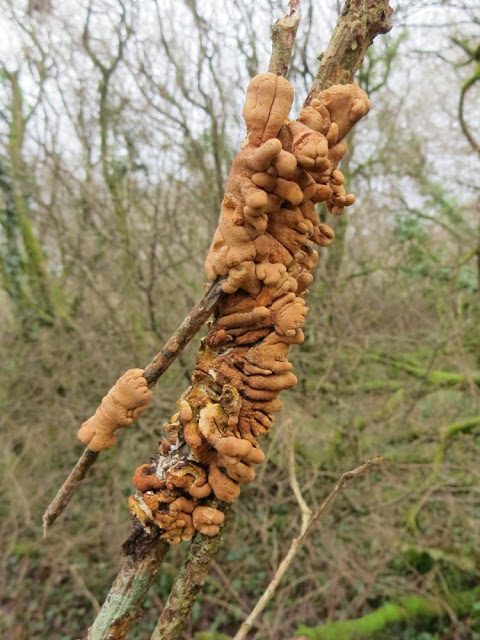 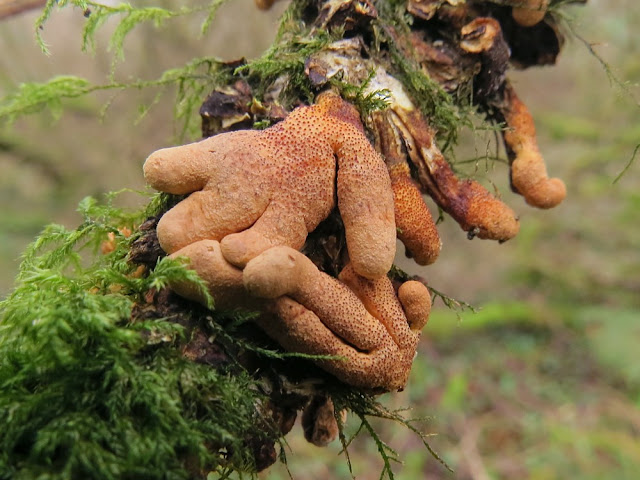 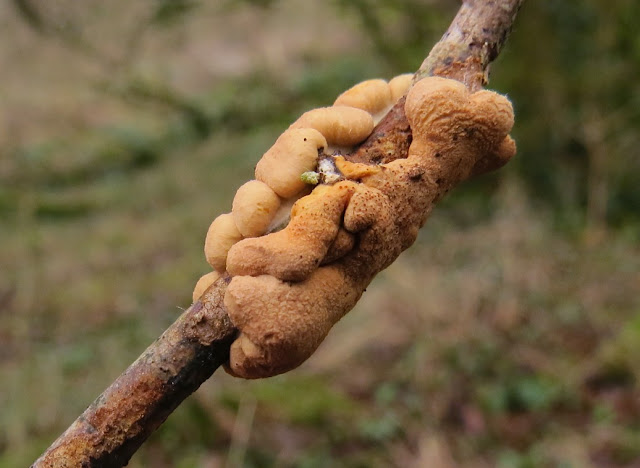 This one even has finger nails!

Between Christmas and New Year we took a trip down to Cornwall to look for Golden Hair Lichen at The Lizard. Whilst in Cornwall it would have been rude not to look in on the Eastern Black Redstart at Mousehole which we saw but only a couple of brief glimpses as it was being rather elusive for a change. I'm not having the best of luck with birds recently. Unfortunately the views were too brief to get even a record shot. Nice to have seen it though. The Golden Hair Lichen was a bit easier to photograph. It's a lichen I've always wanted to see and I honestly can't say that about many of them! 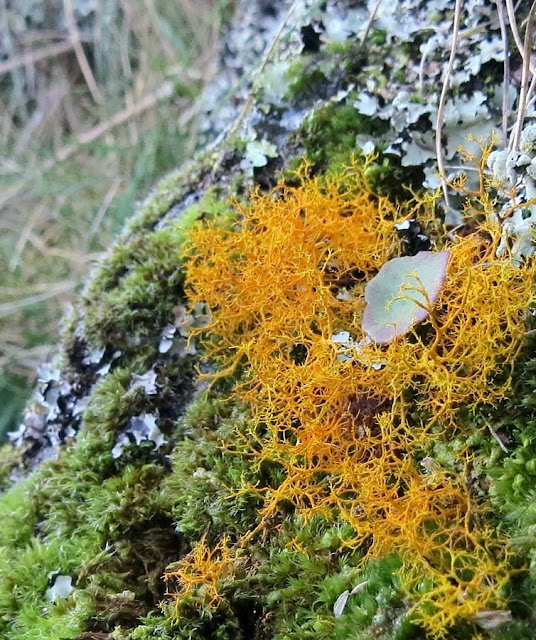 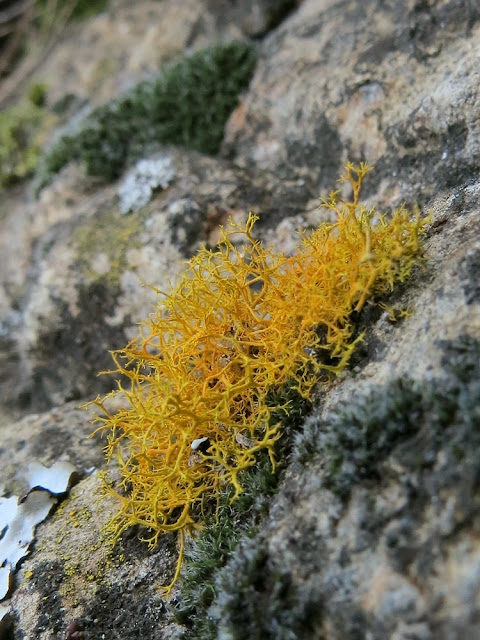 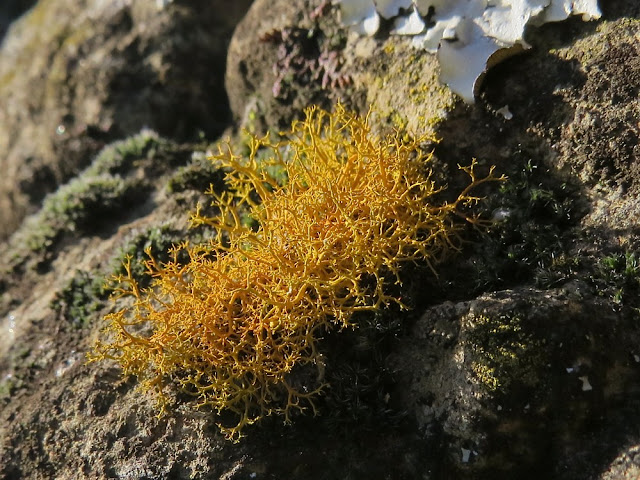 Posted by Karen Woolley at 7:41 pm

Wow, you took some amazing pictures of the tree fungi!!! Love them all especially the one with the finger nails!
Jessi