Sunday morning we went to Dawlish Warren, and yes it was to search for a particular wildflower but as well as seeing the flower in question we were also lucky enough to be in the right place at the right time when a Hoopoe was found. We were in that particular place because we were following an aberrant Small Copper butterfly a real beauty it was too! It's a good thing we saw all these lovely things as it kind of made up for the shock of having to pay £4 to park the car! No option to pay for less than 4 hours seems a bit harsh to me. After leaving Dawlish we made our way down to Looe in Cornwall hoping to see some early Pearl-bordered Fritillaries and despite the cool weather conditions it was easily warm enough on the undercliffs and we saw about a dozen, along with our first Walls (too wary for photos as usual) and Holly Blues of the year. 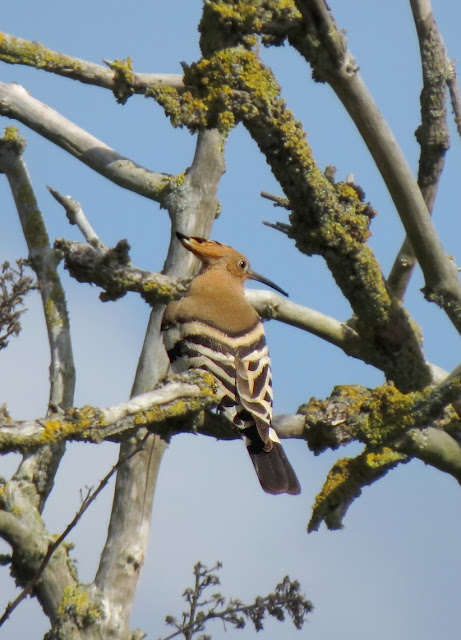 The Hoopoe my second in as many Sundays.
Annoyingly I'd left my DSLR in the car and had to make do with a photo from my bridge camera. 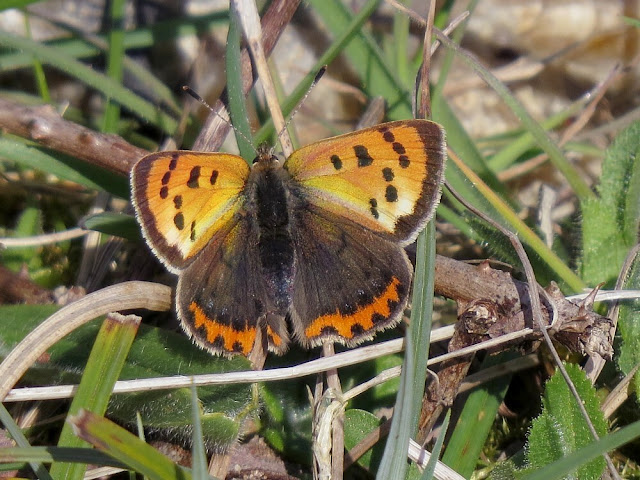 Small Copper - Lycaena phlaeas
An unnamed aberration as far as I'm aware, the fore wings should be the same colour as the orange band on the hind wings but are a lovely golden yellow with a white spot on the outer corner I think they have the look of a sunrise about them. 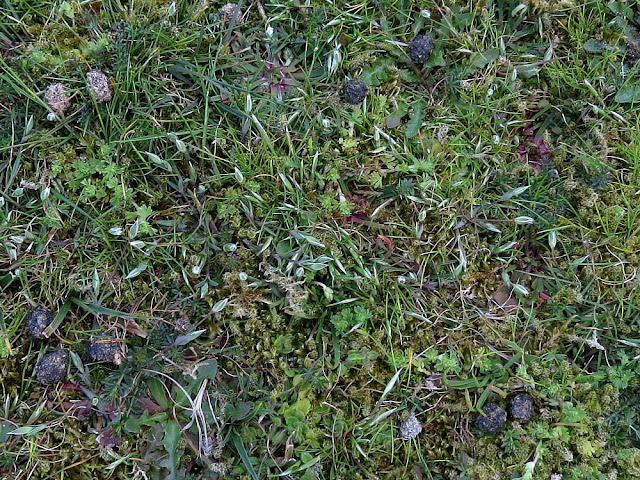 This is the flower we were looking for Upright Chickweed quite uncommon and difficult to spot.
It's very small but quite abundant on one particular bank. Unfortunately although it was sunny it was too early in the morning for the flowers to be fully open (or open at all in most cases) 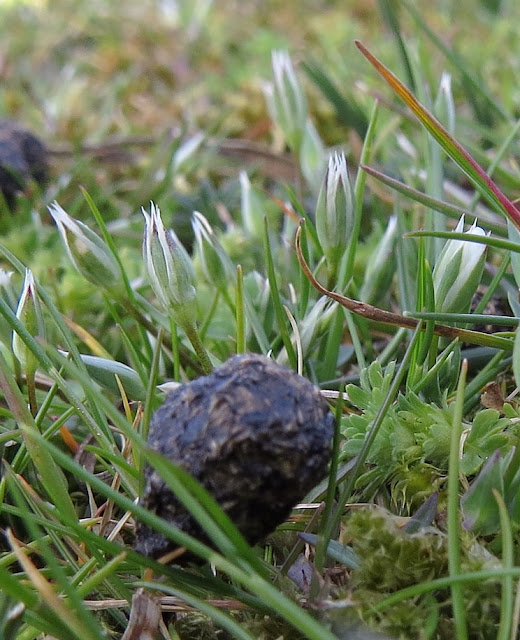 With rabbit dropping for scale. 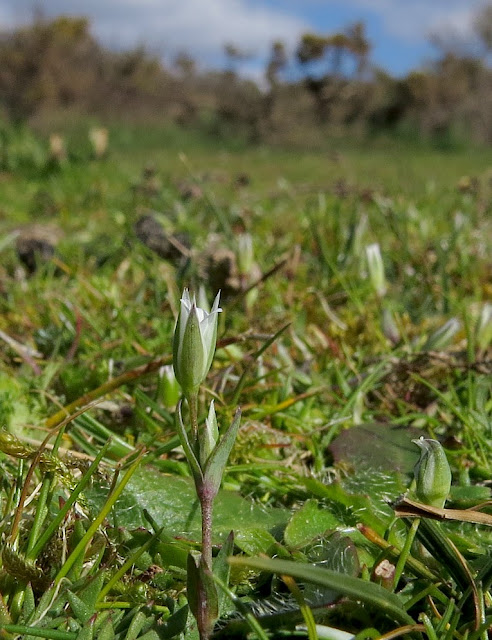 It was quite a challenge to get the camera to focus on the small plant for this shot .
I like the result though. 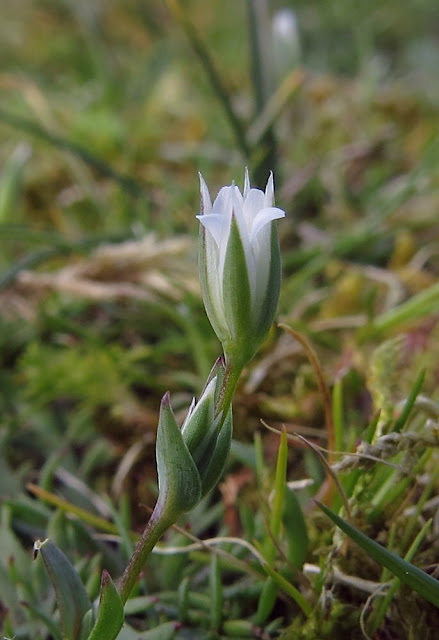 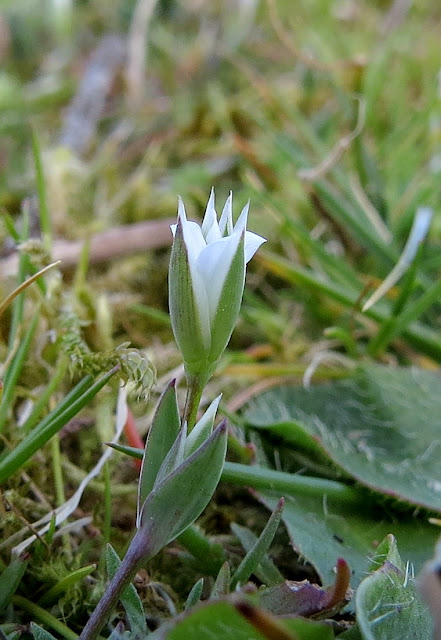 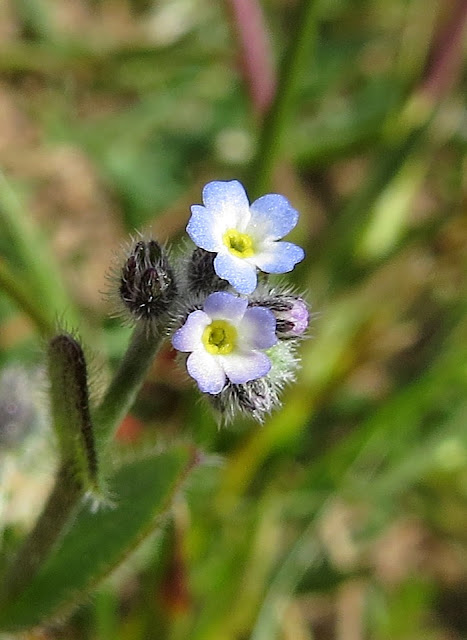 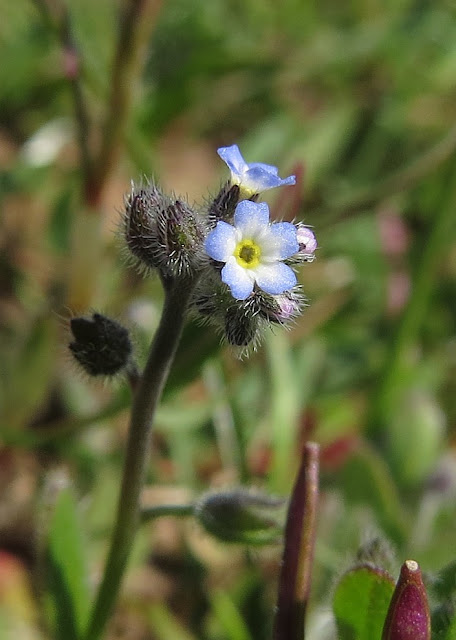 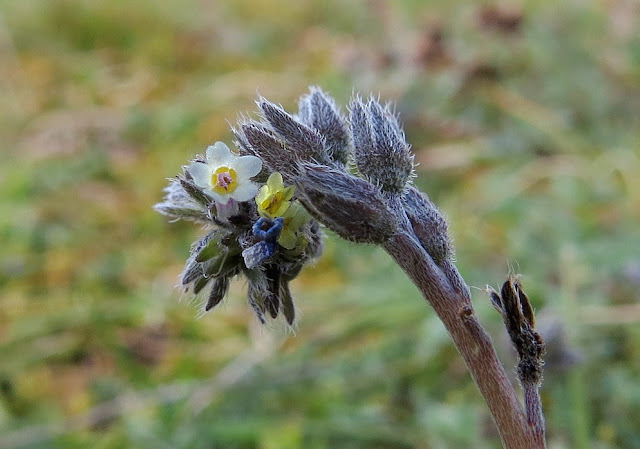 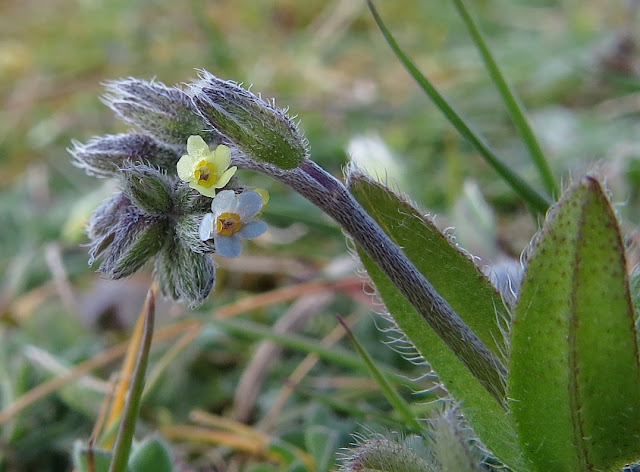 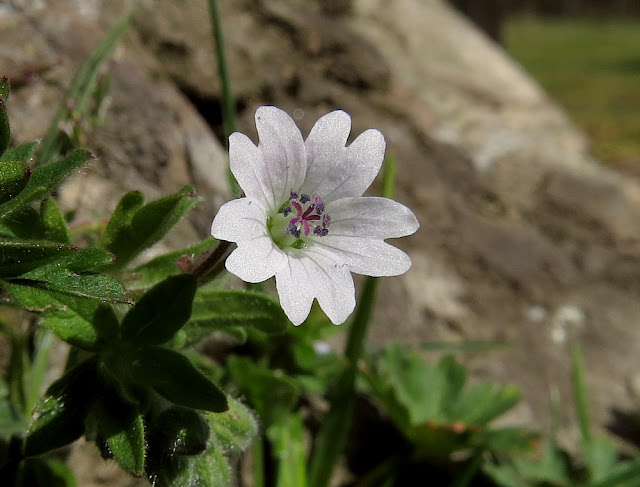 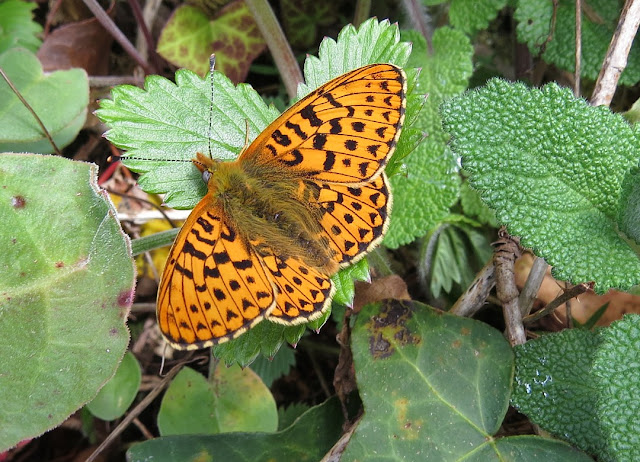 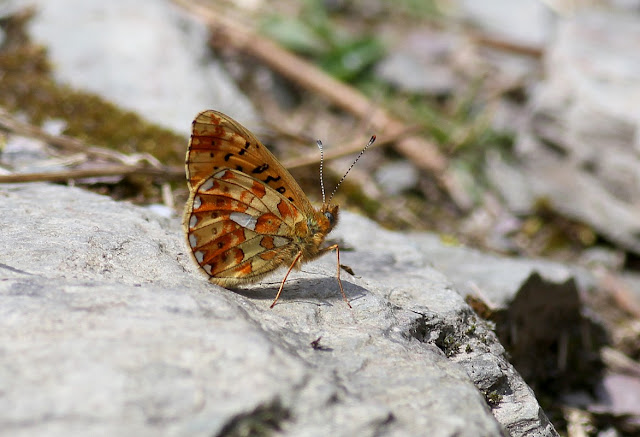 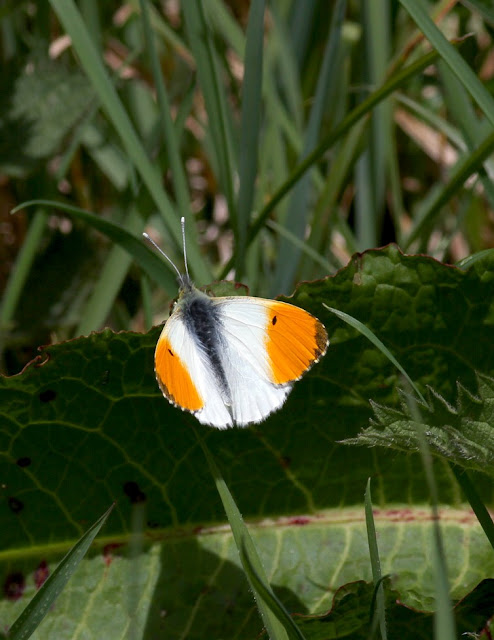 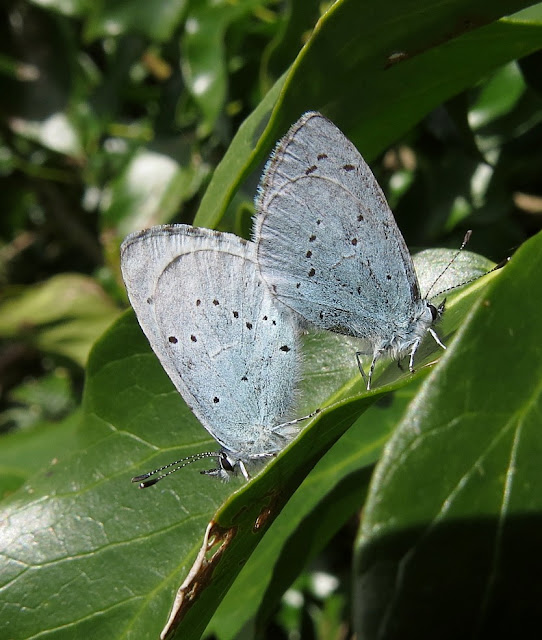 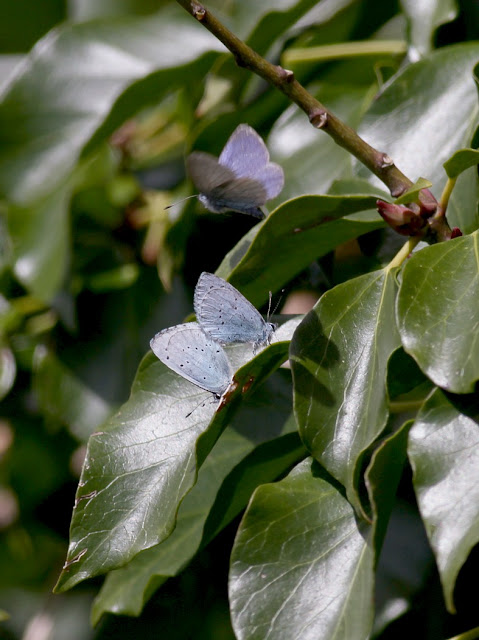 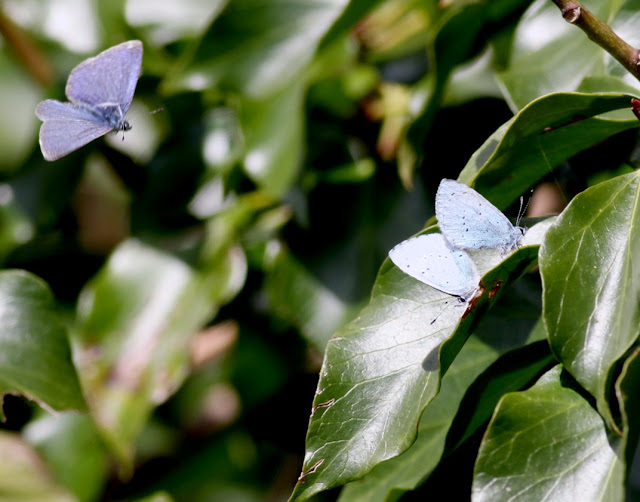 Thank you Linda. Glad you liked them!