Well only in my photos of them to be honest.They were only distant for photography, never being much closer than 300m but the views were good. I arrived on the Axmouth road overlooking Colyford Marsh at about 6.15 this morning and stood and froze for three hours before the Montagu's Harrier finally decided to end its long lie in. I could have been having one of them too! The waiting wasn't so bad though as it was nice to catch up with a few fellow birders ( if I can still call myself a birder that is). The Montagu's Harrier was later joined by a Red Kite which harried it for a while before being chased by some crows. It later returned with a meal and sat eating it on a fence post for a quite a while. Montagu's Harrier was a 'patch tick' for me. I still class the Axe Valley as my patch. If I want to see decent birds I have to! 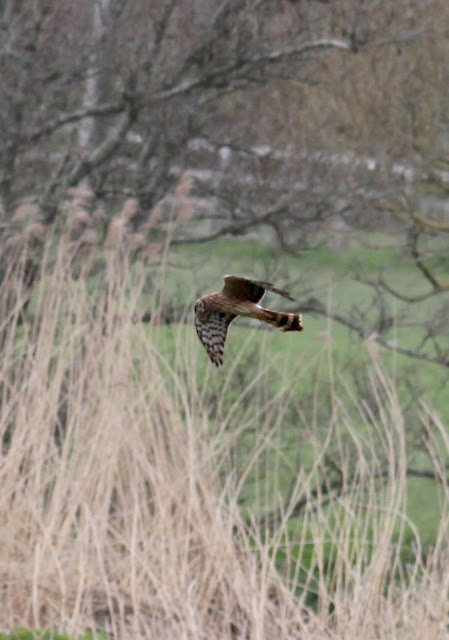 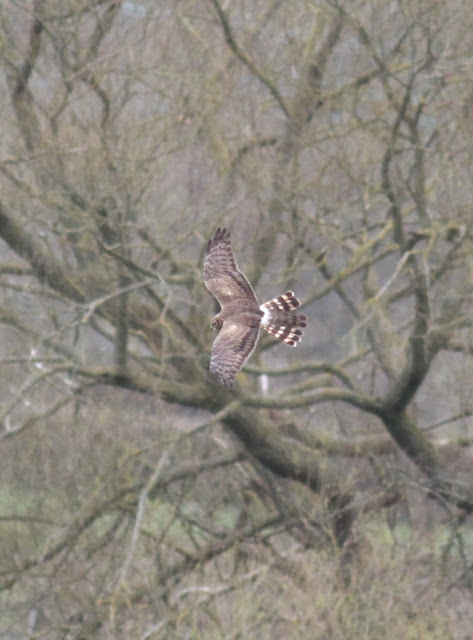 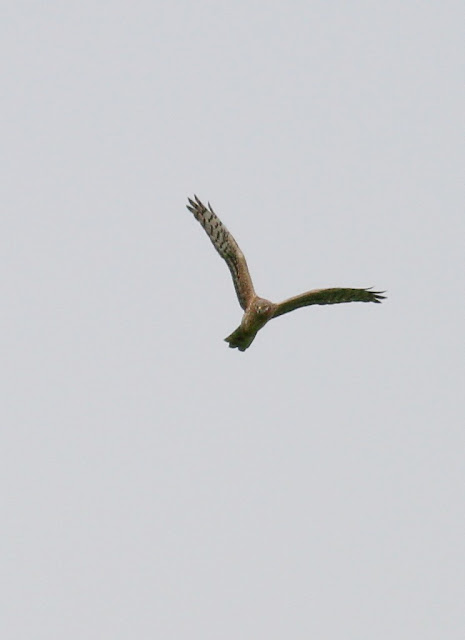 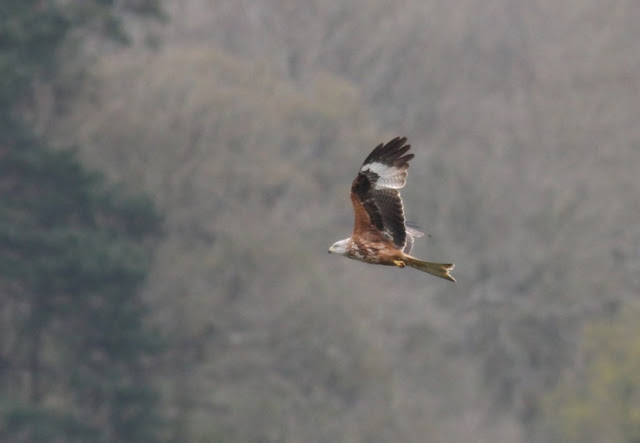 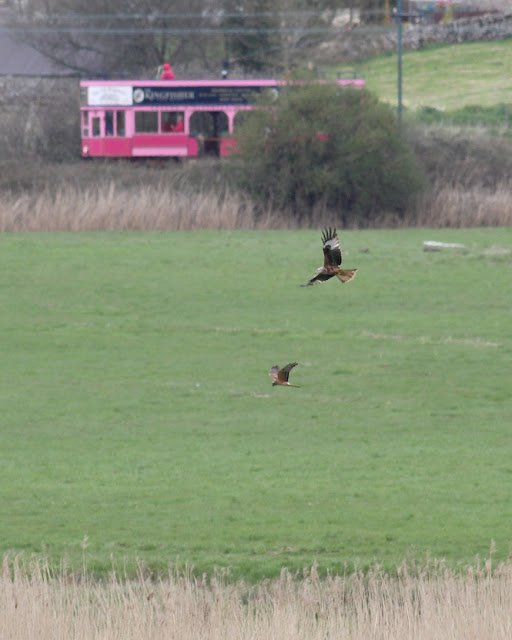 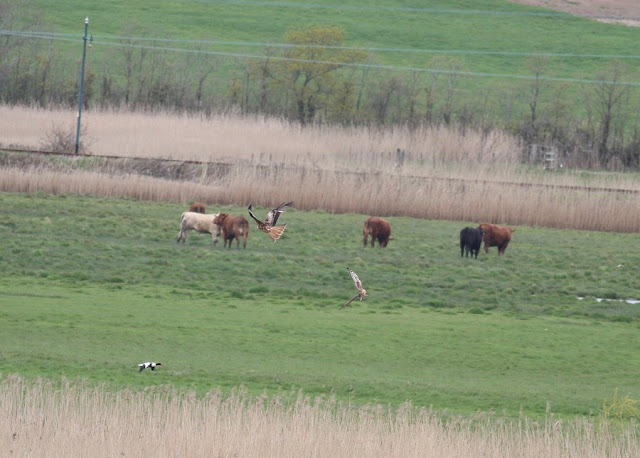 Yesterday morning I was on Portland for a while and went to see the Hoopoe at Suckthumb Quarry. I didn't get any good photos of this either as I couldn't get as close as I need to with my camera because there was already a crowd watching it. 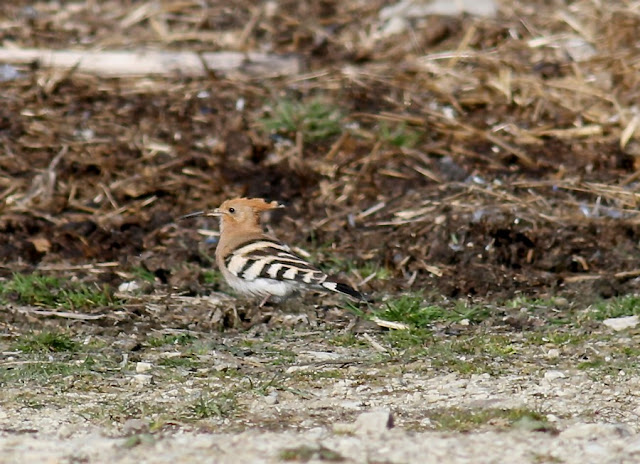 Distant blurry Hoopoe... I might have got a better shot if I'd waited for it to move a bit closer but I left it because I became somewhat distracted by this... 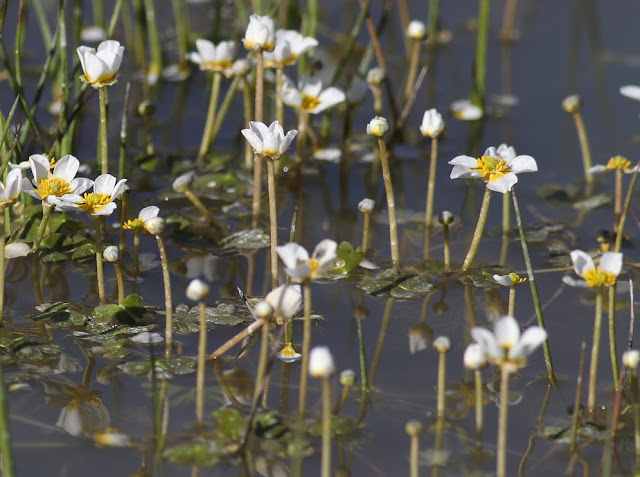 Posted by Karen Woolley at 6:49 pm

The small group of people when I got there ,(and you were looking at the crowfoot), had moved much closer to the hoopoe within half an hour - you should have hung around !Surprised to see tadpoles in that pool but couldn't see any in the other larger pools..


Hi Cookie, It was nice to meet you, albeit briefly. Yes, I was a bit impatient I suppose but we were off to Wiltshire later so didn't have time to hang around.