More of the Same.....But Getting Closer

Nine Waxwings in Axminster this morning, which is only a couple of kilometres off 'the greater patch'! In all probability the same nine which were seen all too briefly in Seaton, (though not by me unfortunately) on January 1st. Steve and I went over to see them and they were showing superbly just a shame about the gloomy weather, again!! They were feeding on rose hips occasionally but were mostly fly-catching, something I haven't seen them do before. They're amazingly agile for their size. 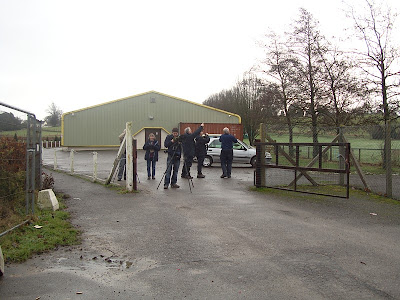 A 'big twitch' for Axminster. 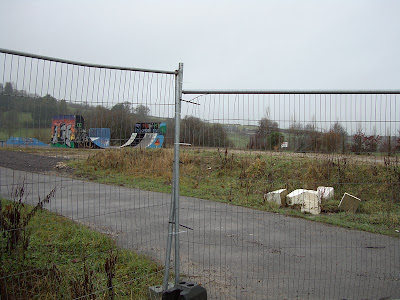 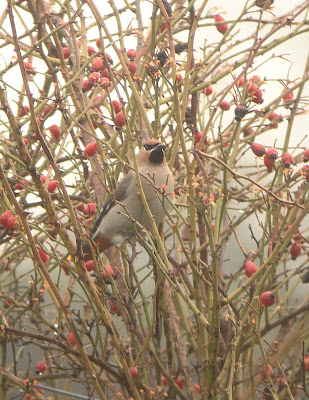 They were eating these wild rose hips, which are really quite huge.
It was almost making me gag every time I saw one swallowed! 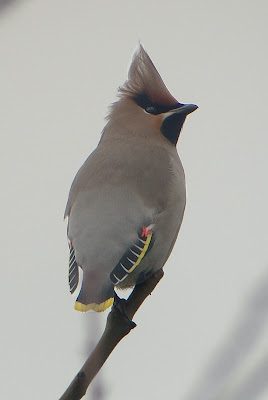 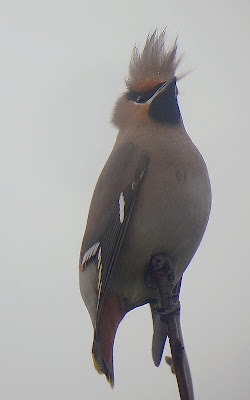 Bad 'Hair' Day
Shame about the bad light today, although the sun broke through and hazily shone for about 20 seconds or so allowing for a couple of ( slightly) more colourful results. Sorry for yet more Waxwings but they are a real novelty down 'this neck of the woods'. We can't get enough of 'em. Well I can't anyway :-) 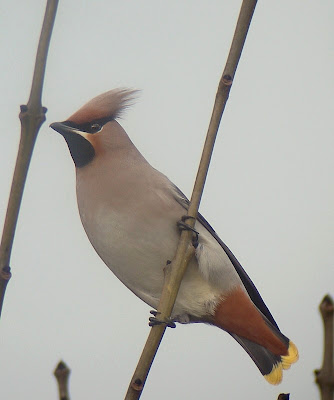 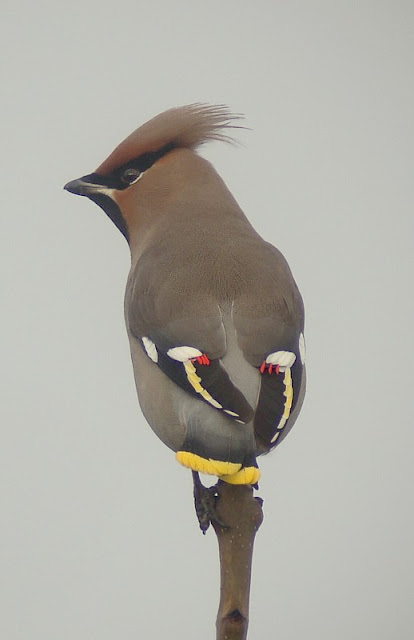 Posted by Karen Woolley at 2:25 pm