Yesterday Bun and I went over to Dorset again, this time the target was my first new orchid this year, the Early Spider Orchid. Although there are much more accessible places to see this rare orchid along the Purbeck coast, namely Durlston CP, we decided to go to Dancing Ledge, about a mile to the south of Langton Matravers. Our reasons were twofold, firstly the site is much more remote and therefore would be less crowded (which is always a good thing). Secondly AND more importantly there is a small Puffin colony here. I've only ever seen Puffins in flight while seawatching and from the Scillonian III, so was hoping to get better views of one here. I wasn't to be disappointed either because as soon as the coastline was in view Bun picked out a couple sitting on the sea with his scope, a third joined them briefly before flying up to the cliff-top (which was annoyingly just out of sight around the corner). We descended the steep path to Dancing Ledge (an old disused quarry) from where we enjoyed superb scope views of one remaining bird. I could have got some really nice digiscoped pictures if I hadn't been a total wuss and wimped out of lugging my (I'm sure it gets heavier by the day) scope down (and especially back up) the very steep slope. Serves me right! Still I was more than happy to have had the good views.
There were literally hundreds if not thousands of Early Spider Orchids on the downland. When seen in numbers like this it's hard to believe they are actually such a rare plant. Like many orchids they are quite inconspicuous at first, but up close they're amazing. This one is meant to mimic a species of solitary bee, not a spider! Here are a 'few' photos from the trip.
Scenery 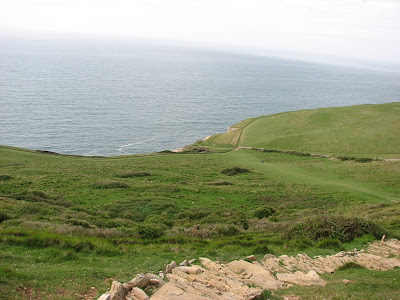 The path down to Dancing Ledge 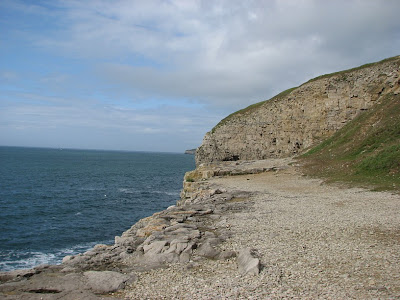 On the Ledge looking west. 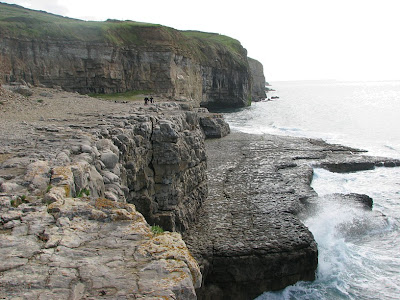 Looking east..
Just below where the waves are breaking over the lower ledge there is a swimming pool cut out of the rock, (the tide was in too far to see it unfortunately). It was made for the use of  Durnford Prep School at a time when schoolmasters knew how to really pamper pupils!! ;-) 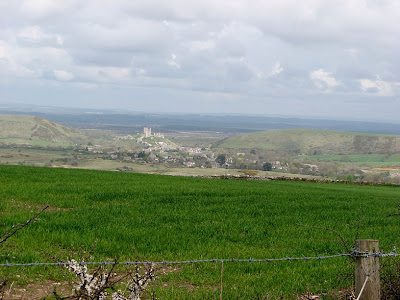 The spectacular view from the edge of Langton Matravers towards the village of Corfe Castle. 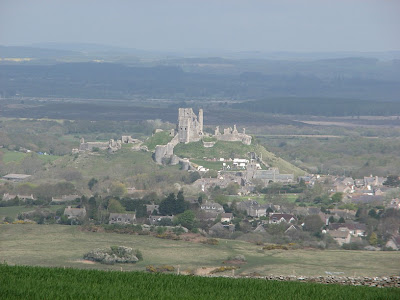 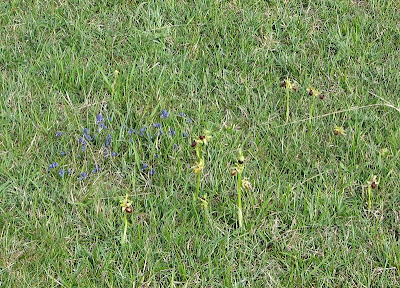 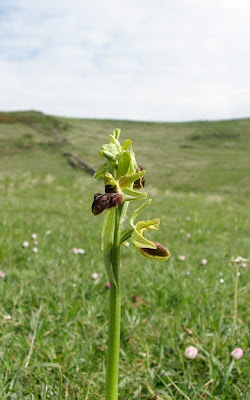 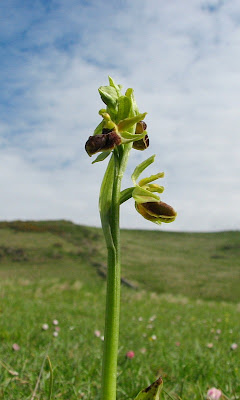 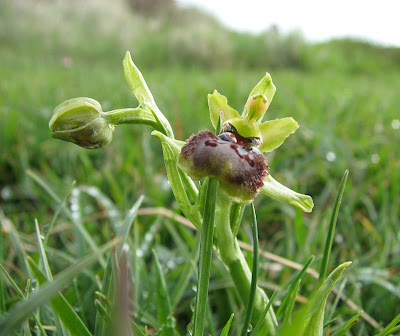 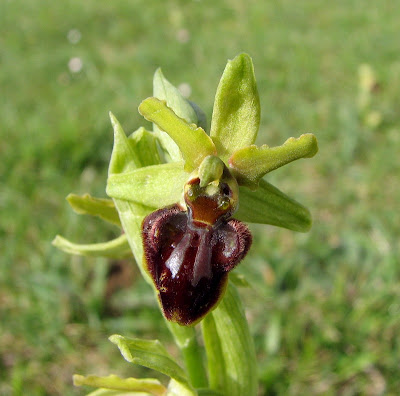 I love the 'fake eyes' on this one. 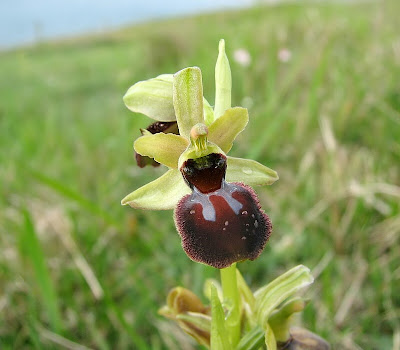 Lovely!
For those of you who think flowers are boring....I bring you... 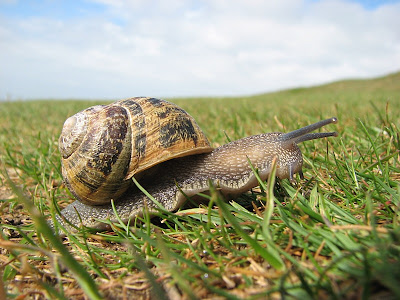 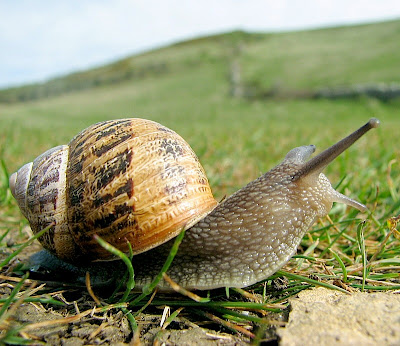 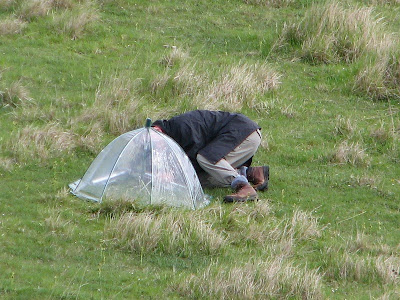 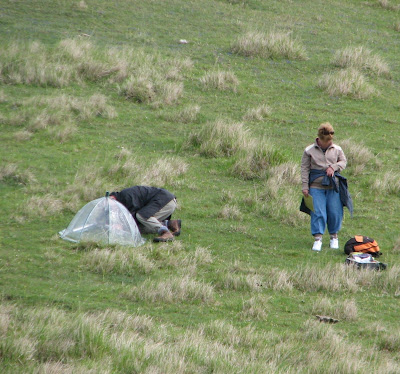 Is it just me or does his companion's body language cry out, " I'm not with him!!"
Posted by Karen Woolley at 10:08 am

Oh no, another great plant that doesn't grow on the IoW!

Rob - Sorry to distress you! ;-)I'm sure the IOW must have some speciality species?