Something a Bit Different?

Nope, not a chance! Just a bit more moth trap news. The trap's been out for the last two nights with good catches on both. 119 moths of 37 species on Wednesday with 3 new species and 172 moths of 29 species also with 3 new for garden last night. The 6 new species were: Common Rustic, Small Square Spot, White-spotted Pug, Double-striped Pug, Copper Underwing and Angle Shades.

While walking Rex in Morganhayes Wood yesterday I was pleased to see 3 or 4 juvenile Spotted Flycatchers. As far as I can tell only the one pair have bred there this year.

A few more moth photos, mostly a bit on the grainy side I'm afraid. Like a twit I'd left the camera's ISO setting too high after having used it in the woods previously. 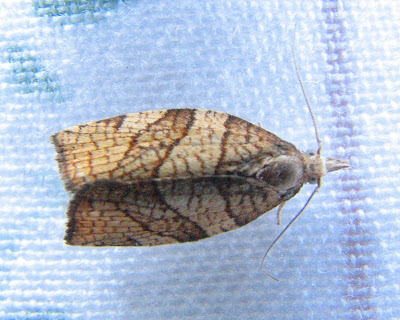 I don't take a lot of notice of most micros but this was a nice jazzy one. It's a Chequered Fruit Tree Tortrix 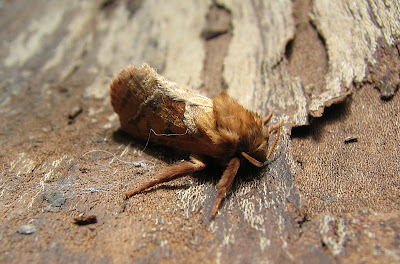 Orange Swift (again).
A better photo than the last though and a nice fresh specimen. 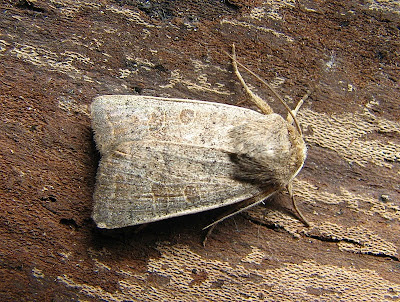 I've had a few of these but this is the nicest, freshest specimen.
It's an Uncertain. Am I certain? No not really. 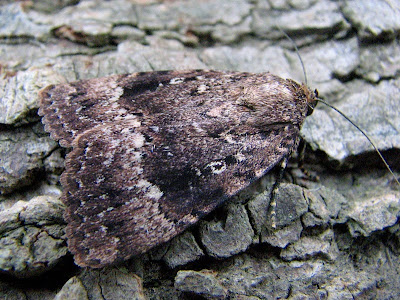 A Copper Underwing.
A big moth which I almost passed over among the 99 Large Yellow Underwings this morning.

MOTH OF THE WEEK 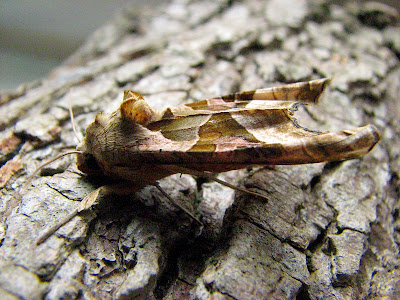 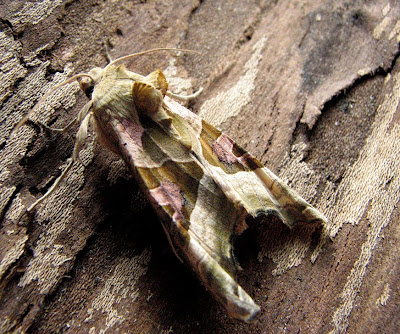 I've been really looking forward to catching one of these.
Great shape, great colour, great moth :-)
Posted by Karen Woolley at 10:06 pm