A replacement bulb for my moth trap arrived yesterday, so in the evening I hotfooted it round to Bun's house to give it a good try out. The weather overnight was ideal, cloudy and muggy with a torrential thunderstorm thrown in for good measure too. When Bun went to inspect the trap at first light there was a juvenile Robin perched on the lighted bulb getting a taste for moths, an appetite which once acquired, caused it to recklessly come into the house after them! I suspect we'll be seeing a bit more of it now it knows where to find an easy meal. I hope it doesn't eat too many though.

Anyway, what about the catch? Well it was big, and when I say big I mean..... It was colossal!! 391 moths of 43 species with 11 new for the garden. A staggering 259 of them were Large Yellow Underwings. The new species for the garden were: Straw Dot, Flame Carpet, Dark Sword Grass, Square Spot Rustic, Setaceous Hebrew Character, Marbled Green, Coxcomb Prominent, Sallow Kitten, Poplar Kitten, Bordered Beauty and Orange Swift.

Here are photos of a few highlights: 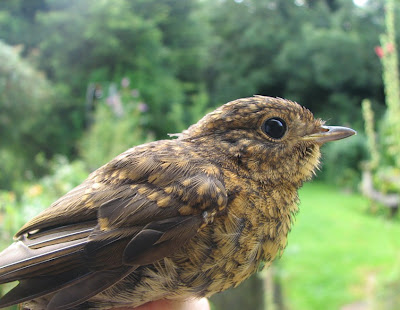 The 'slightly unwelcome' breakfast guest.
(I had to catch it as it kept flying into the inside of the window) 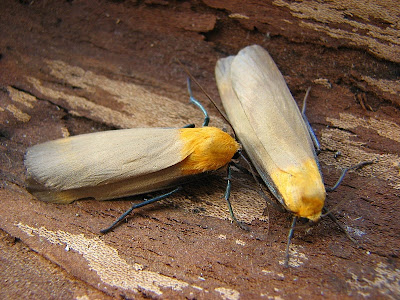 Not new, but two of the best moths of the catch non the less, a pair of stonking male Four Spotted Footman. (Look at those blue legs) 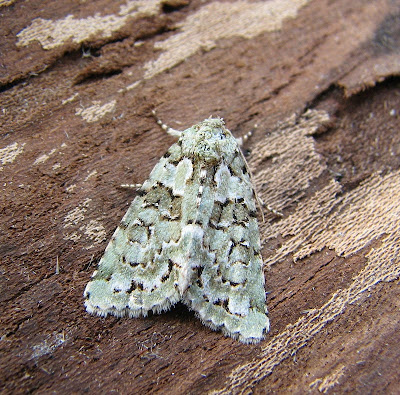 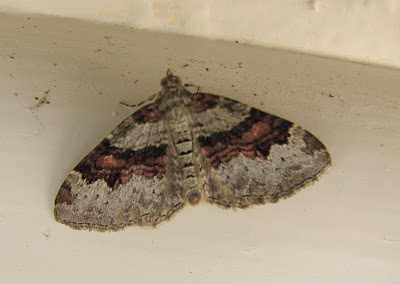 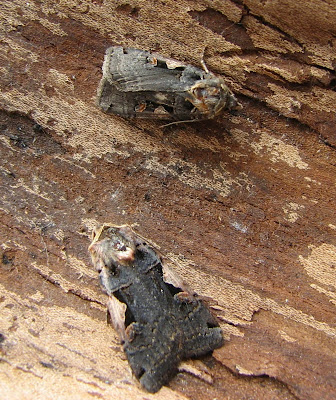 Two of the three Setaceous Hebrew Characters in the catch. 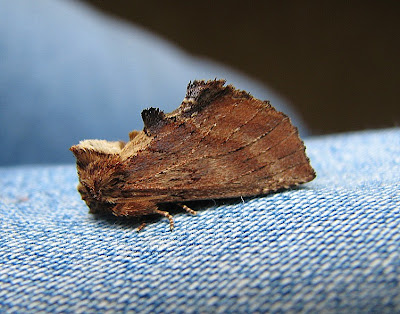 Coxcomb Prominent. (on my leg) 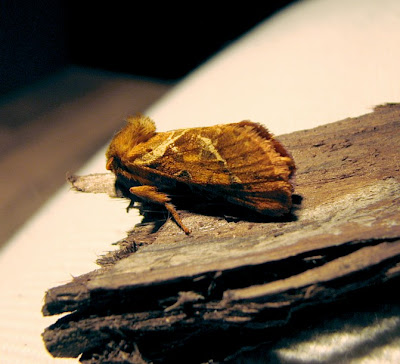 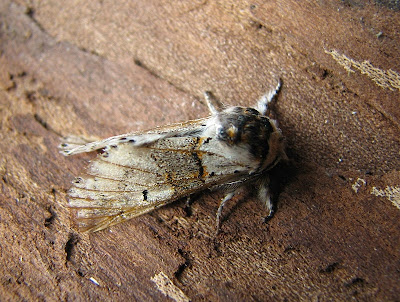 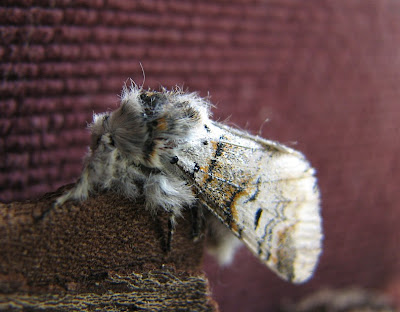 ... Poplar Kitten (There is a difference, it's quite subtle) 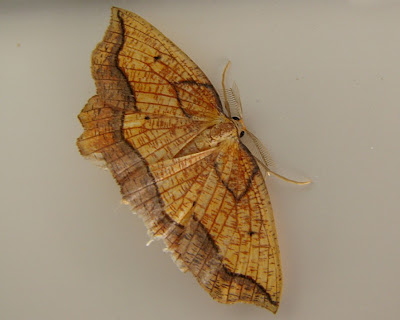 The aptly named Bordered Beauty.
This would have been my favourite moth of the catch, if it wasn't so reluctant to be photographed. I took this one standing on a chair in my kitchen as it rested on the very top of the window frame. Shame it's a bit tatty too. 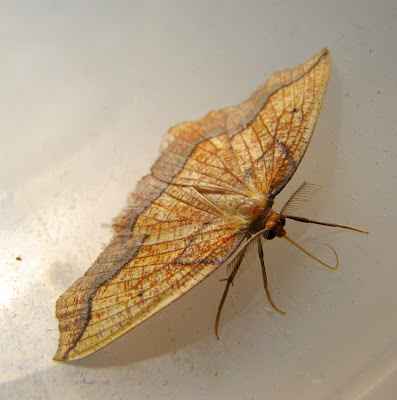 Here's another shot of it. This time it's sticking its tongue out at me!
Posted by Karen Woolley at 10:23 pm

A Beauty with an attitude!