After reading that the Great Grey Shrike was seen again yesterday afternoon I once again went over to Aylesbeare Common hoping to get a better view.  I got there pretty early (about 9am) and almost immediately spotted it. It was pretty distant again but before I could get any nearer it vanished, like they do! Luckily it soon reappeared on a well know landmark, unluckily I was looking straight into the rising sun, but it was a good opportunity for a nice atmospheric shot. 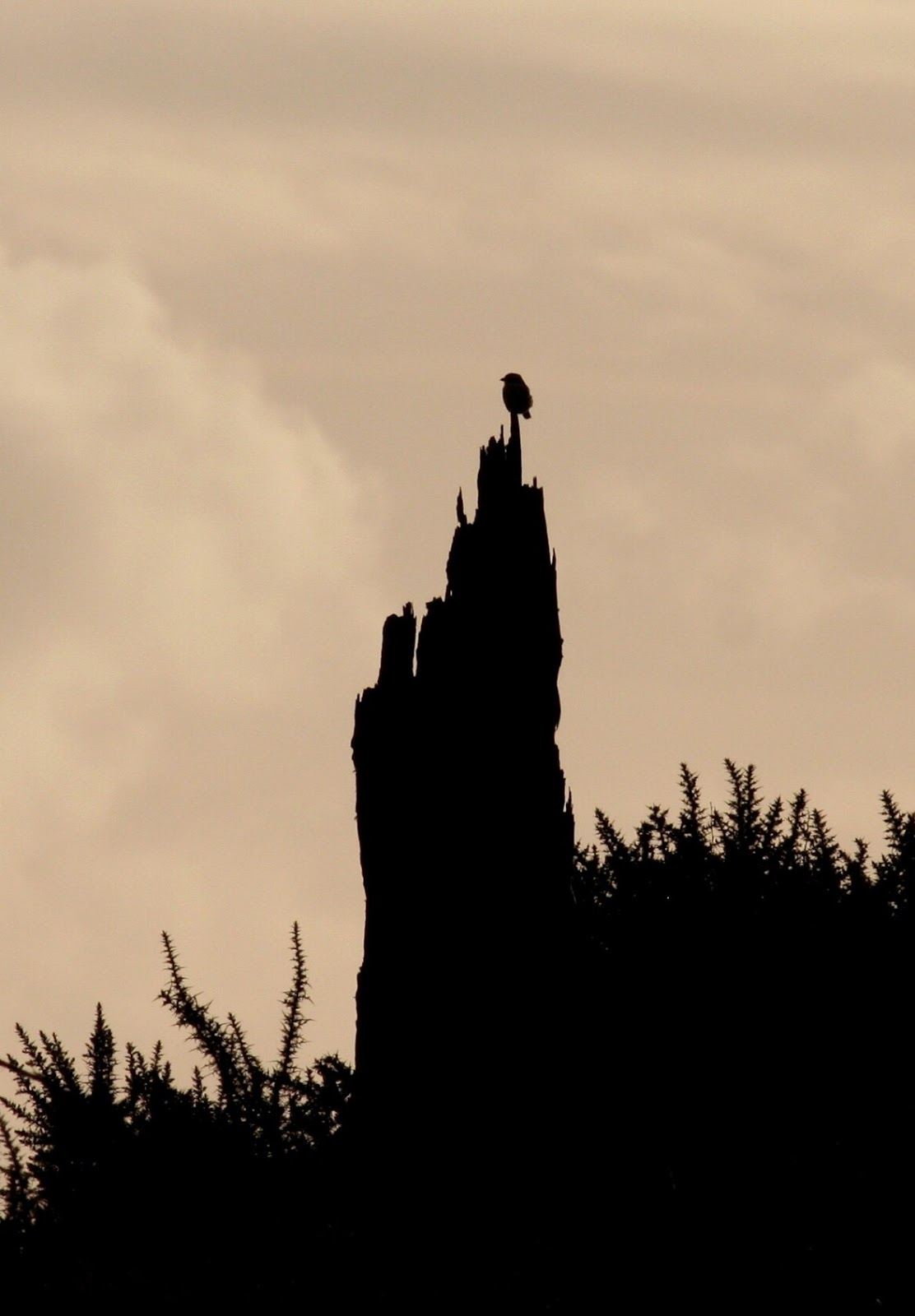 Anyone who knows Aylesbeare Common well, will know exactly where this is.

The burning question was, would I be able to circumnavigate the pine stump to get a view in better light, before it did another disappearing act? The answer, much to my surprise was yes! 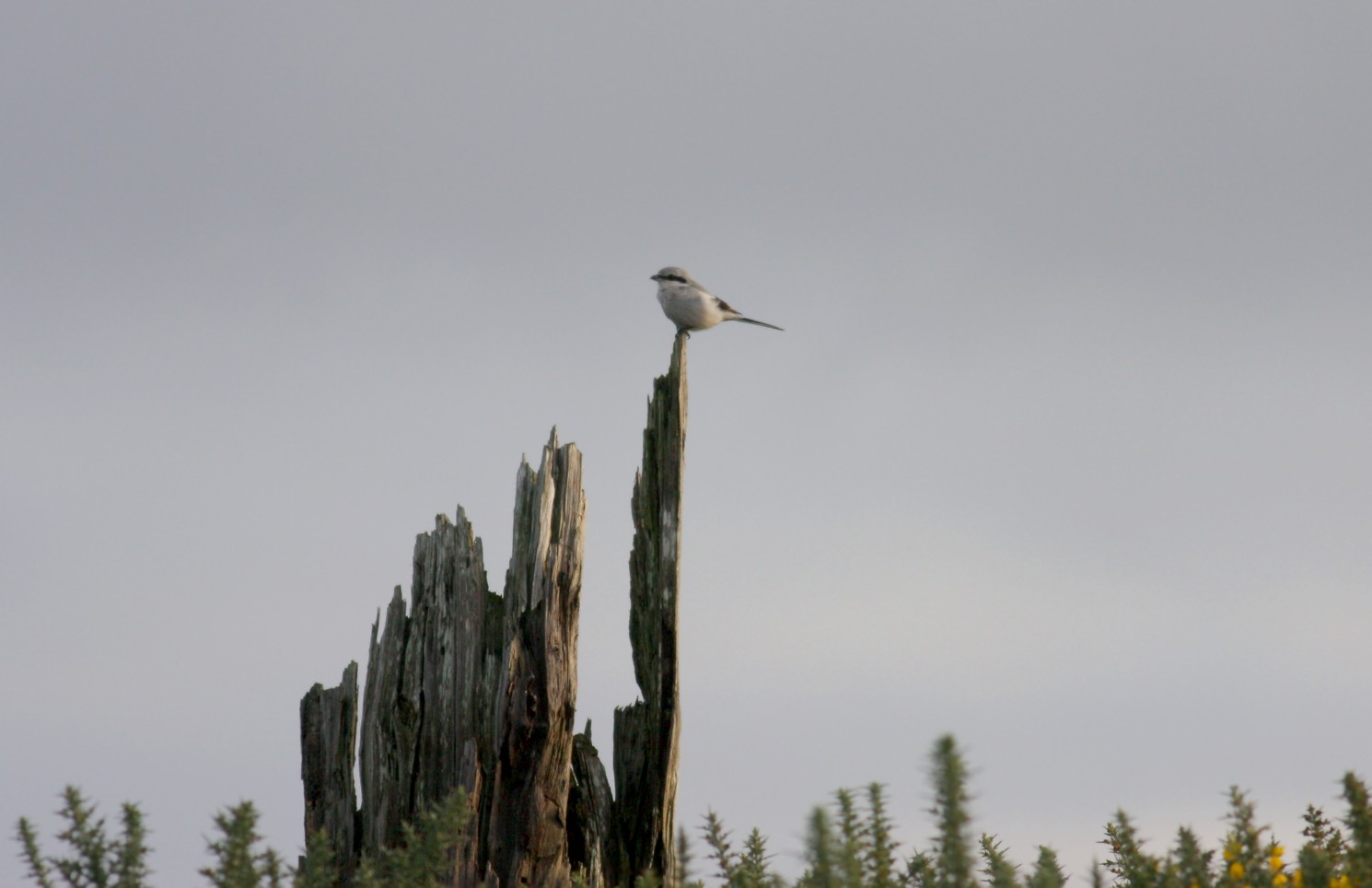 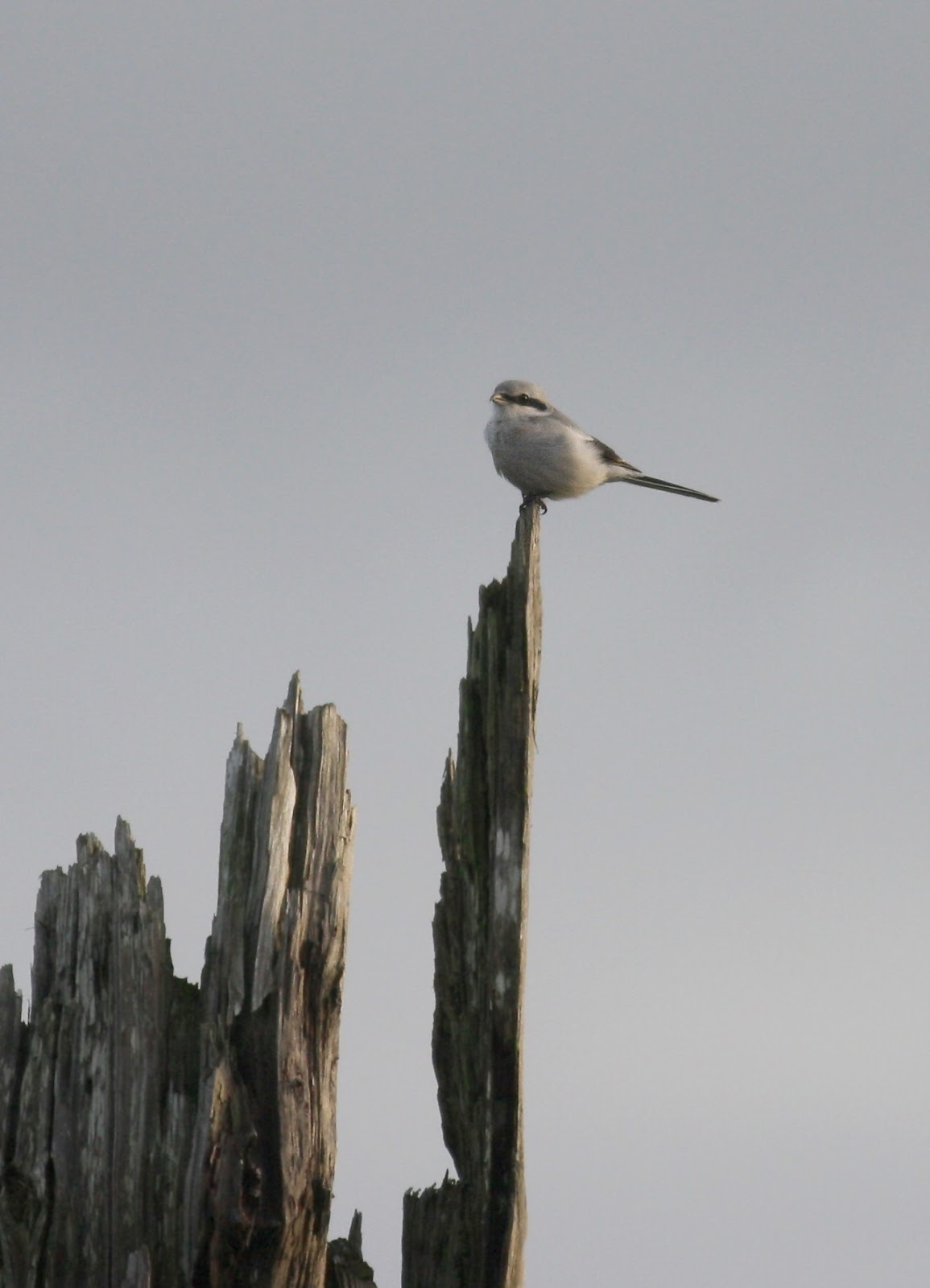 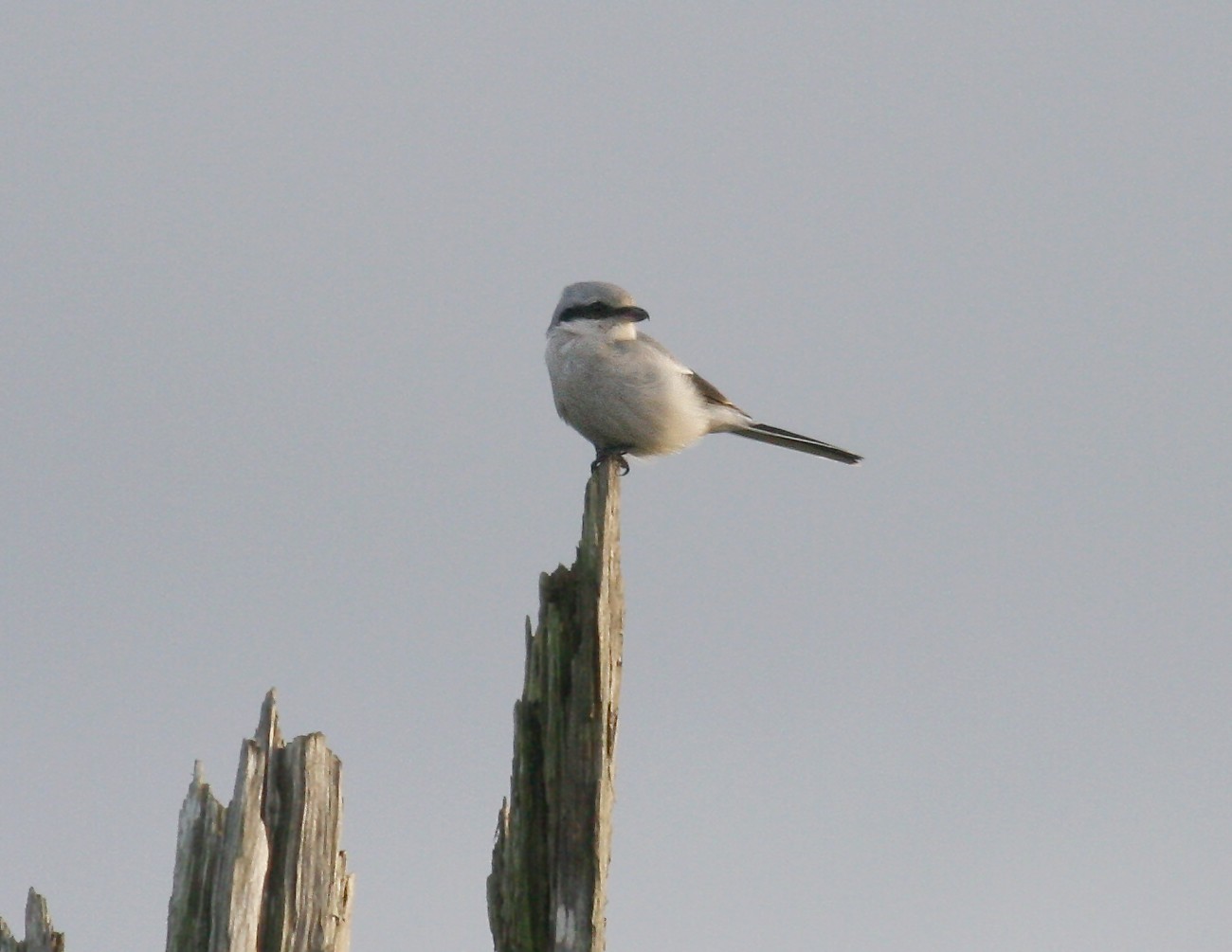 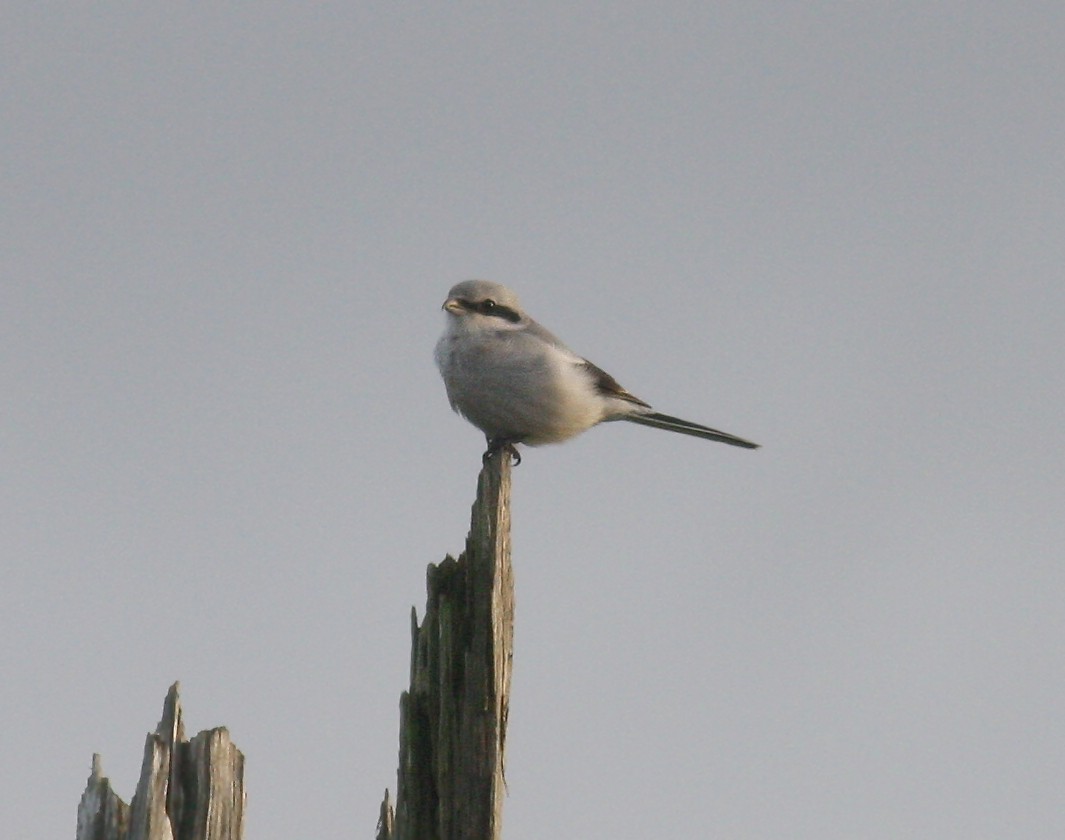 That's more like it!
It then moved into a small bush a little bit nearer to me but all too briefly and I only got one more shot... 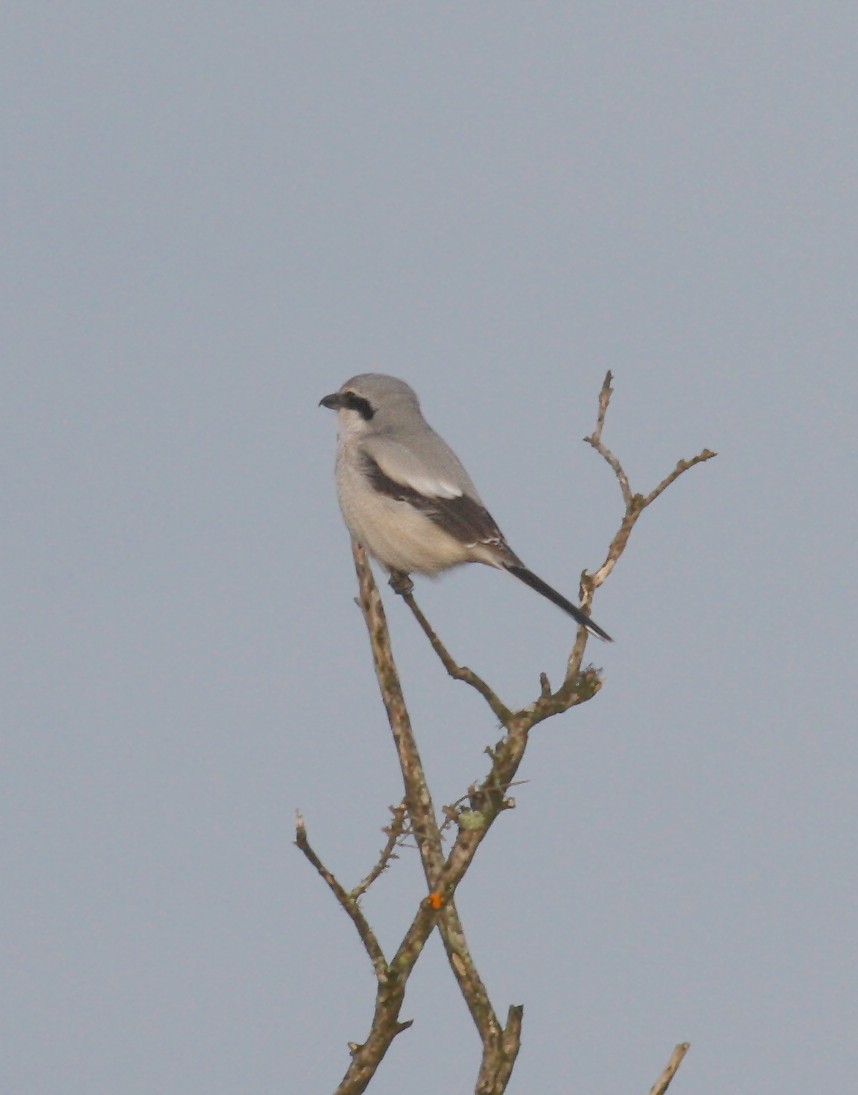 Before I left several other birders had arrived but I haven't heard if any of them caught up with it.
I feel very lucky to have seen it twice now.

Posted by Karen Woolley at 9:15 pm

Thanks John... Happy Christmas to you too!