Don't get excited.There's not actually anything that special. It's big though very big! ;-) Monday 15th September 2008 was the date of my first post on this blog so this Monday was the blog's sixth anniversary. I honestly wouldn't have thought back then that I'd still be writing it now, although I don't really write that much these days and seem to have had a lot more to say back then. I should have posted on Monday but I couldn't as I was in hospital (good excuse) having a bone biopsy on my upper jaw, which was nice! I've been stuck at home all week but have been a bit too woozy to concentrate on typing. I'm feeling much better today (although still look like I've been in a fight) and you'll be pleased to know that I have lots of photos to post. They are from a visit to Aylesbeare Common last Sunday morning, and a trip to Lower Bruckland Pondst he following day plus a visit to Seaton Marshes where I did my good deed for the week. 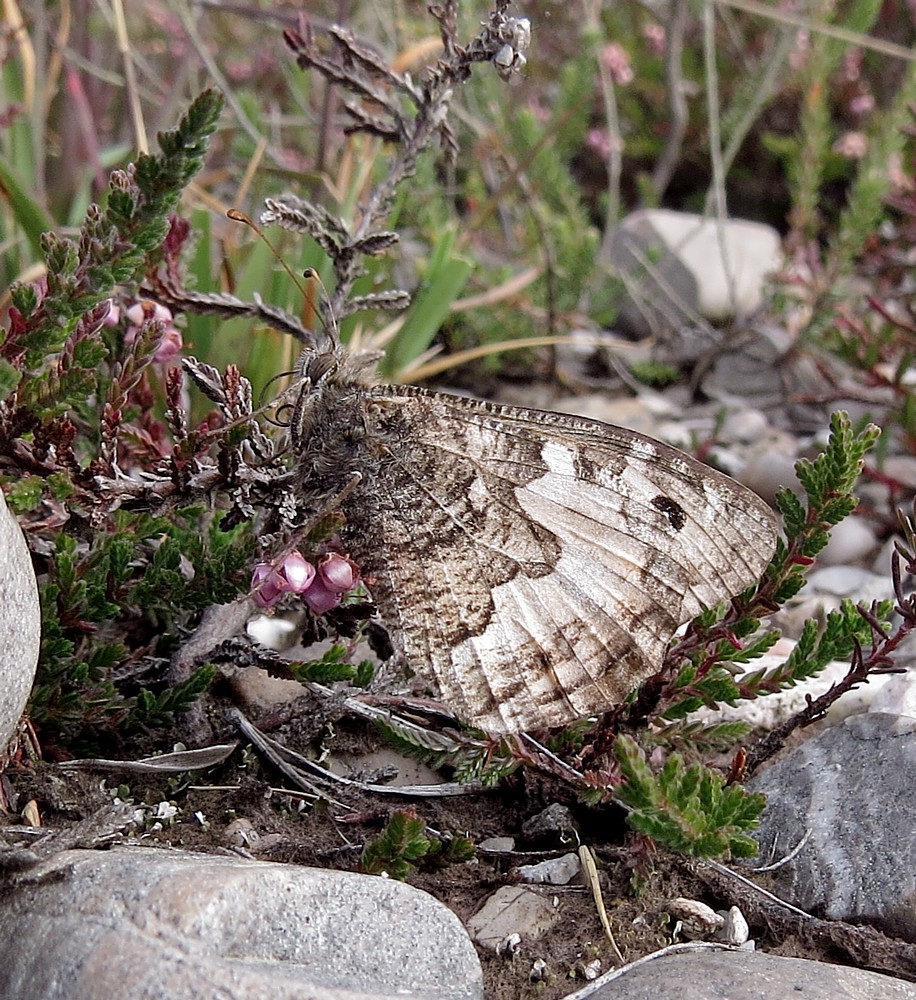 At Aylesbeare Common there were still one or two Graylings hanging on. 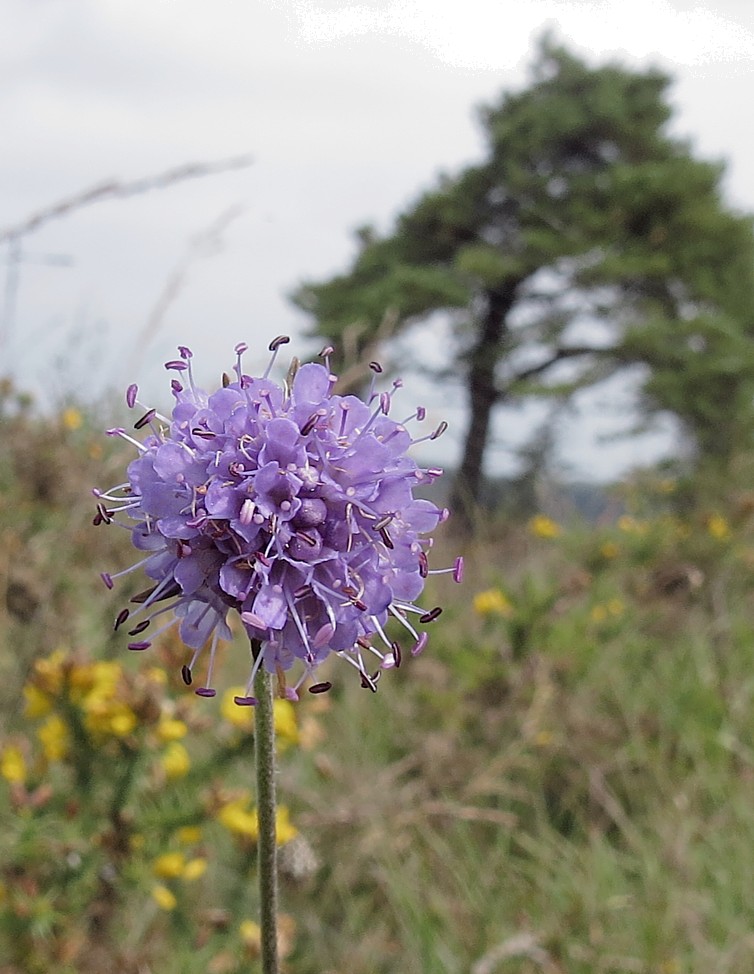 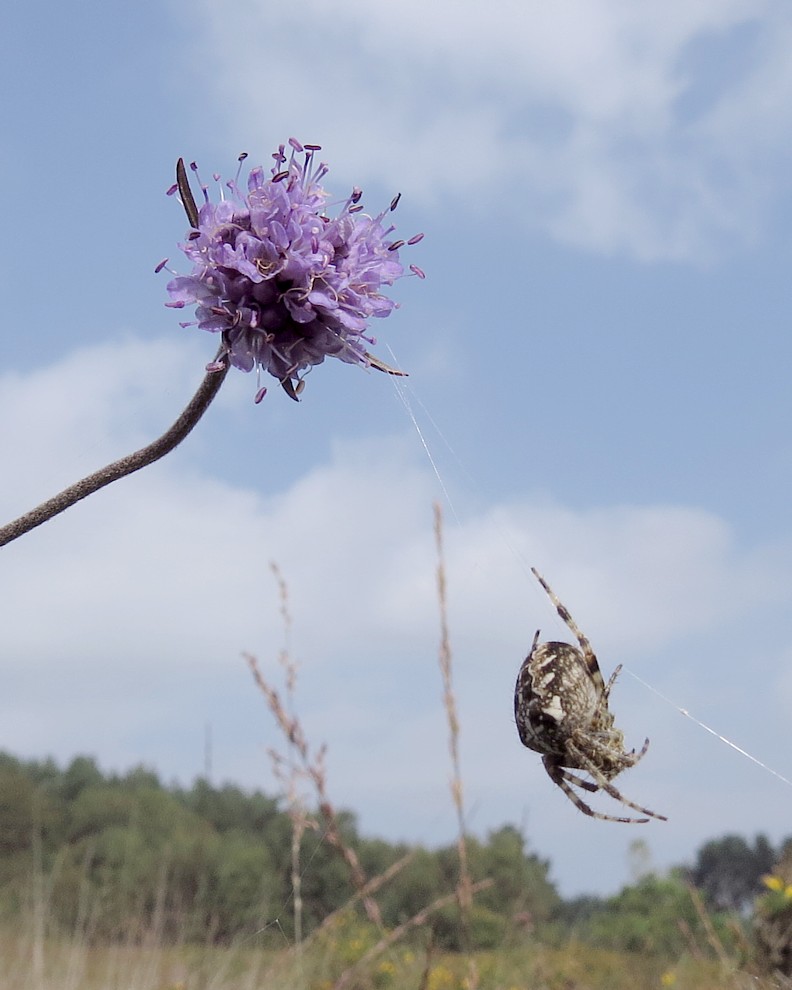 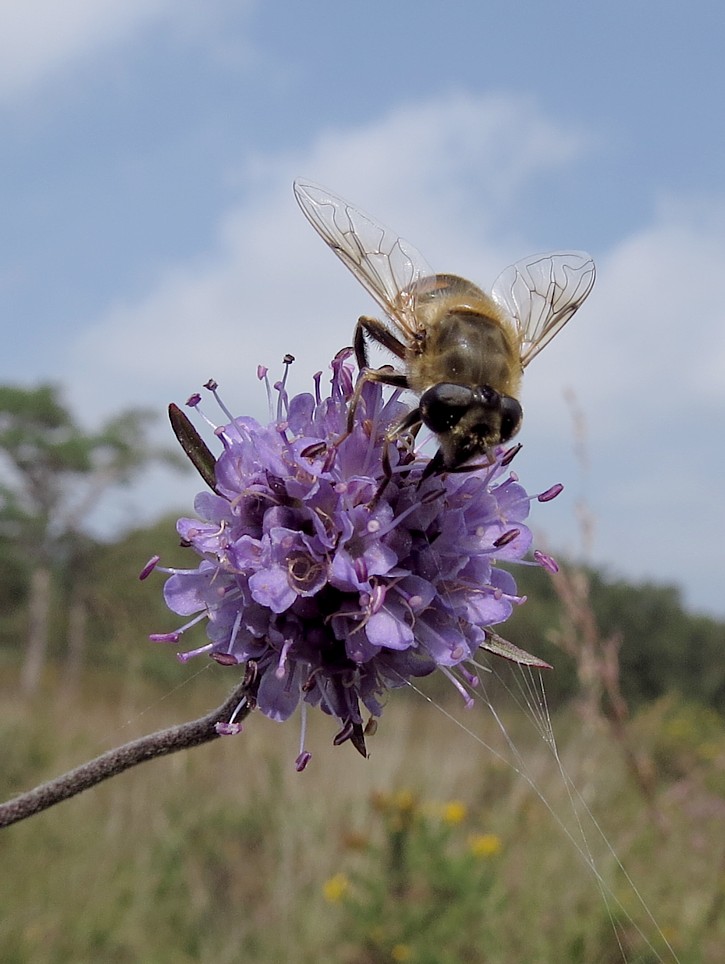 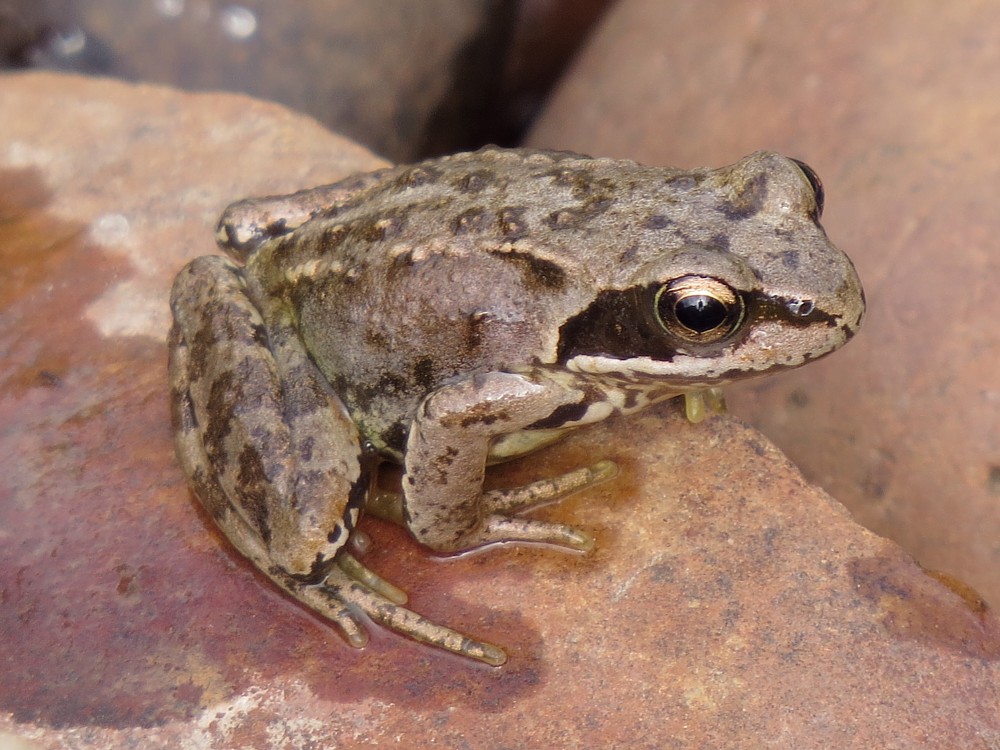 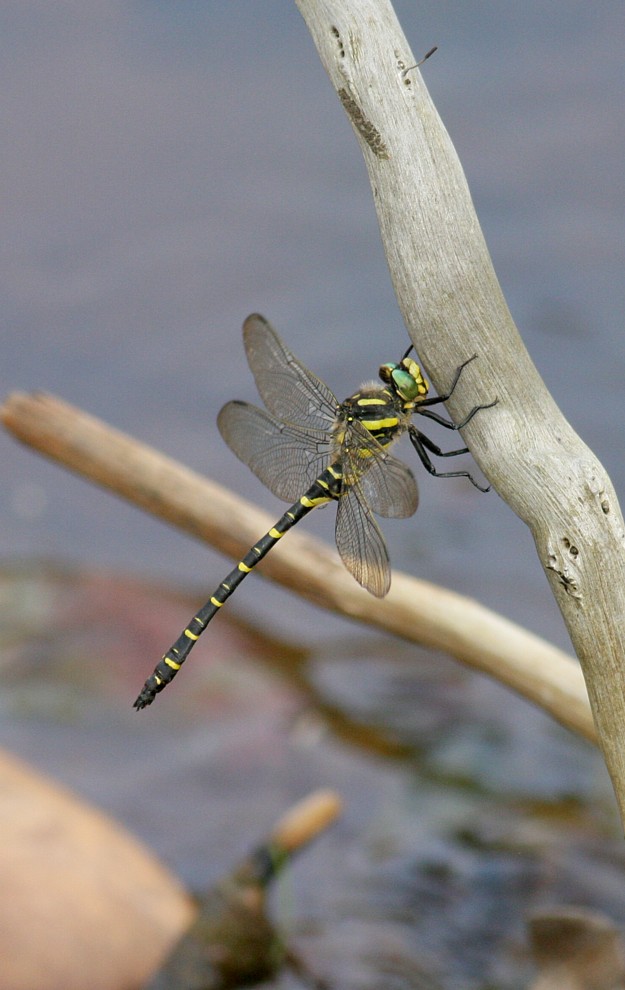 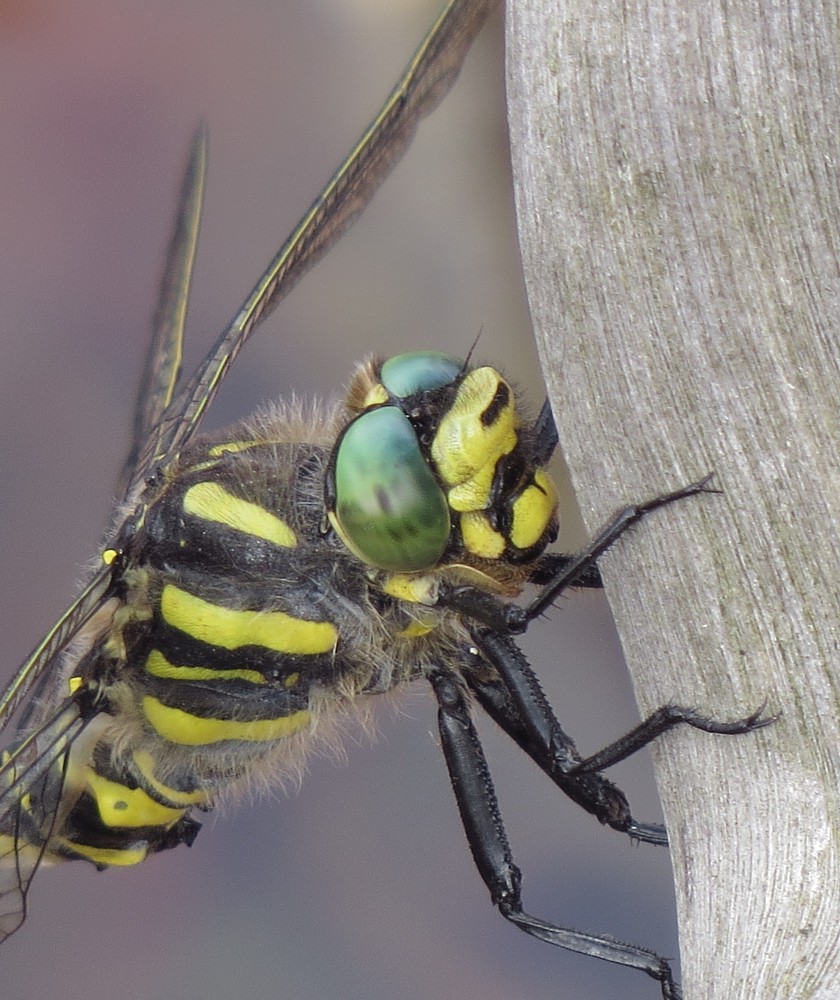 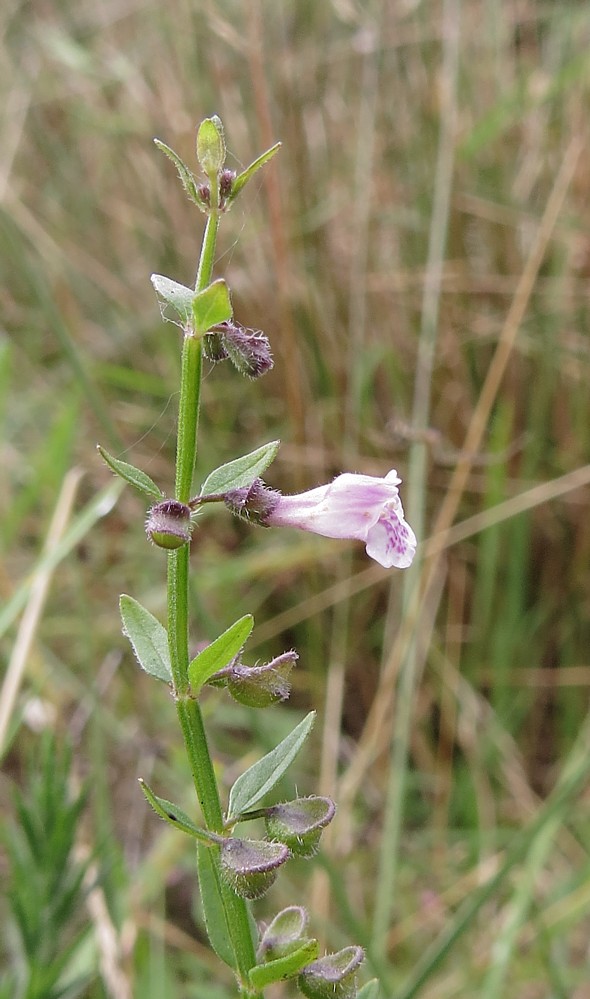 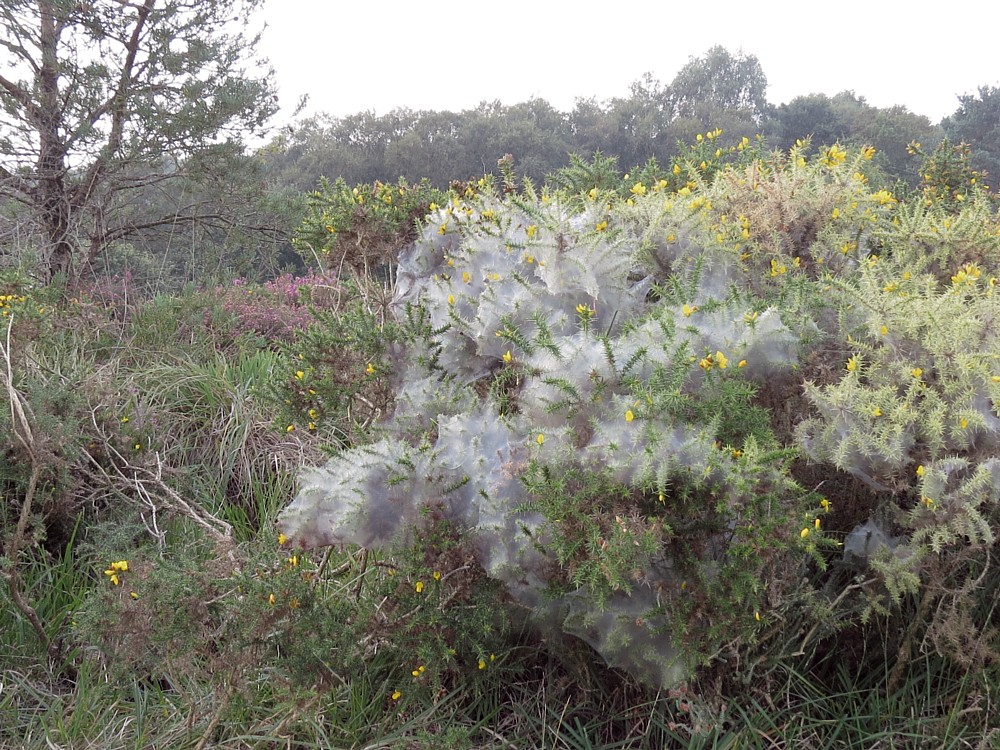 There were quite a few gorse bushes covered in these webs, which belong to the Gorse Spider Mite.
Notice the pale 'bleached' areas on the bush where the mites have already been feeding. The warm dry weather seems to have caused a bit of a population explosion. 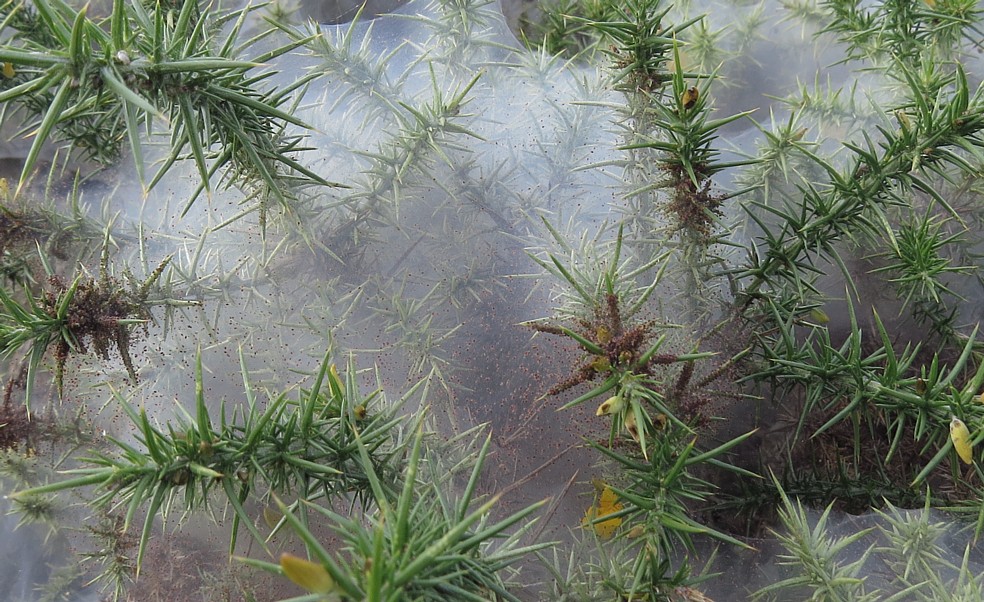 The only migrant birds I saw were a few Chiffchaffs and Willow Warblers, a couple of Wheatears and a single Whinchat. There were quite a few Stonechats but these were most likely local breeders.Some of them looking rather scruffy like so.... 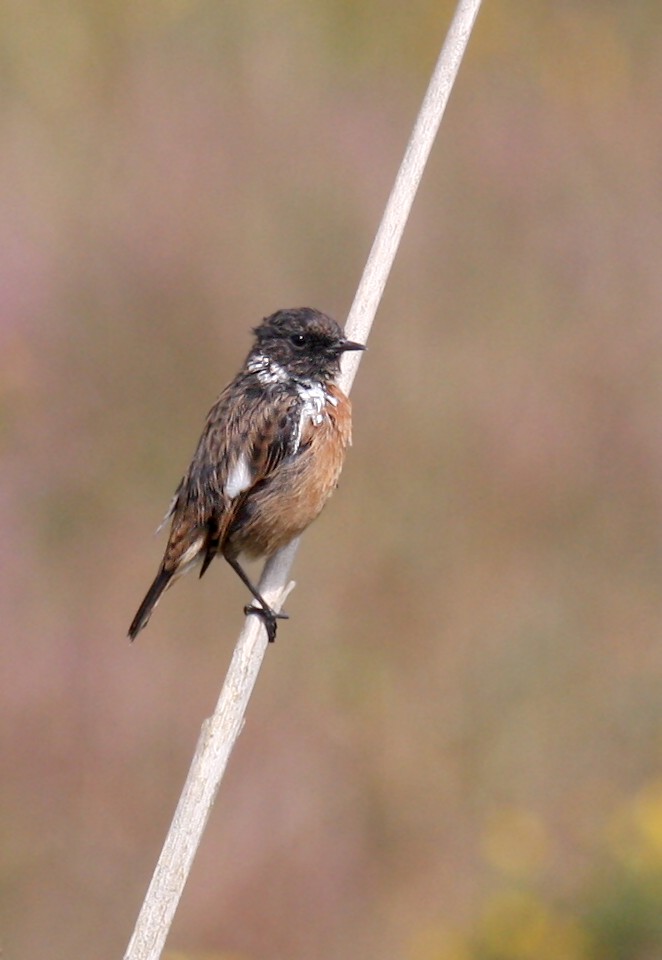 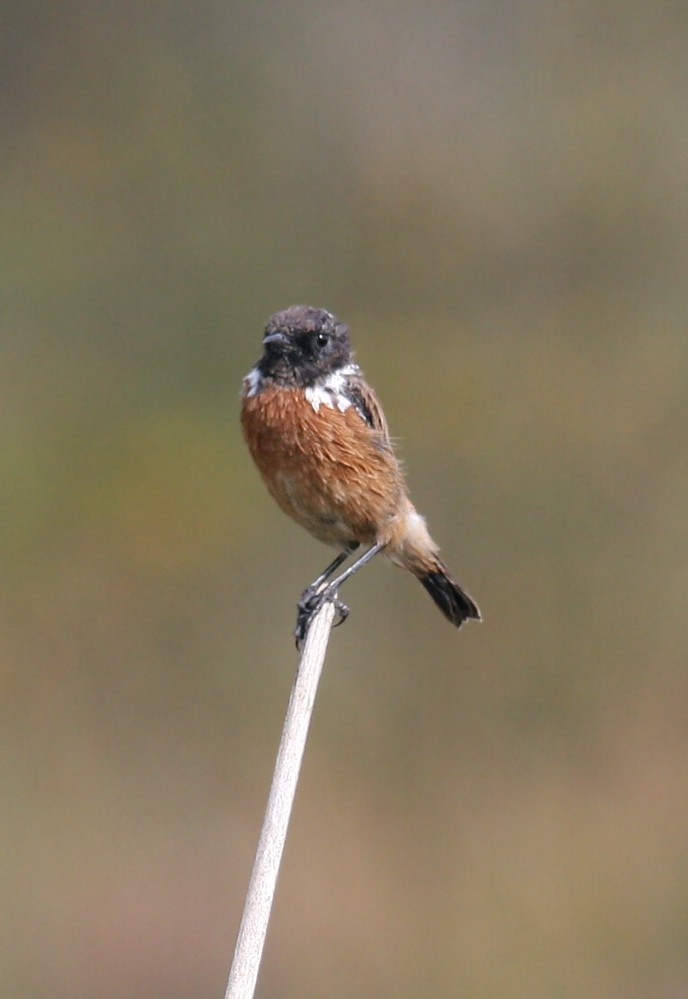 Stonechat
The following day I decided to visit Lower Bruckland Ponds. It's just a quick five minute drive in the car but I only had my bike, I got there though...Just! It was definitely worth it, with the willow trees around the top pond full of Chiffchaffs and Spotted Flycatchers. There were at least four possibly five Spotflys possibly a local family group. 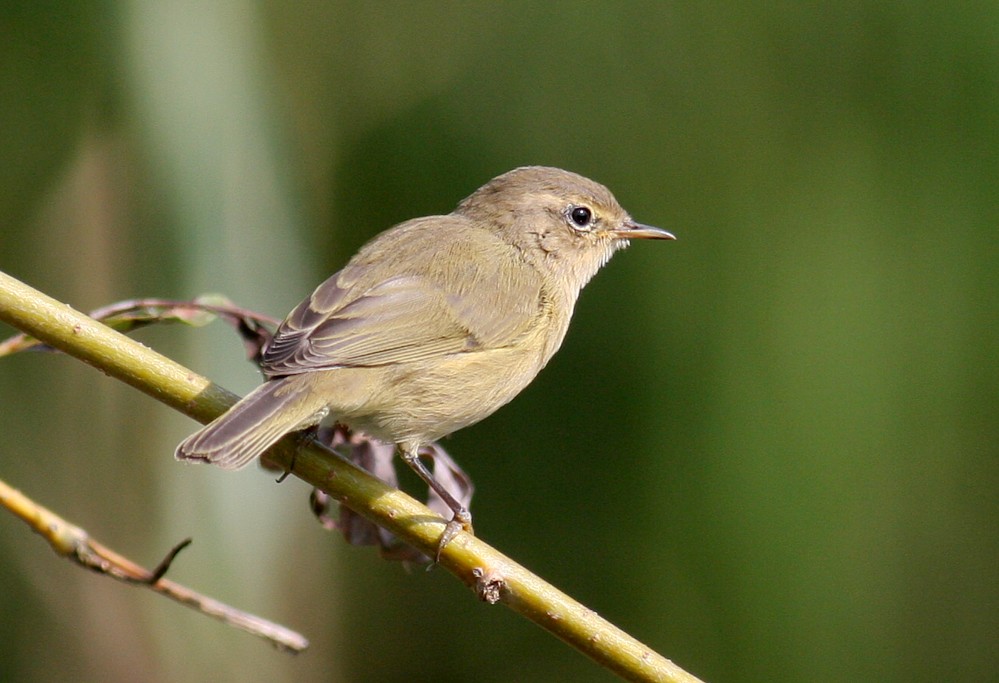 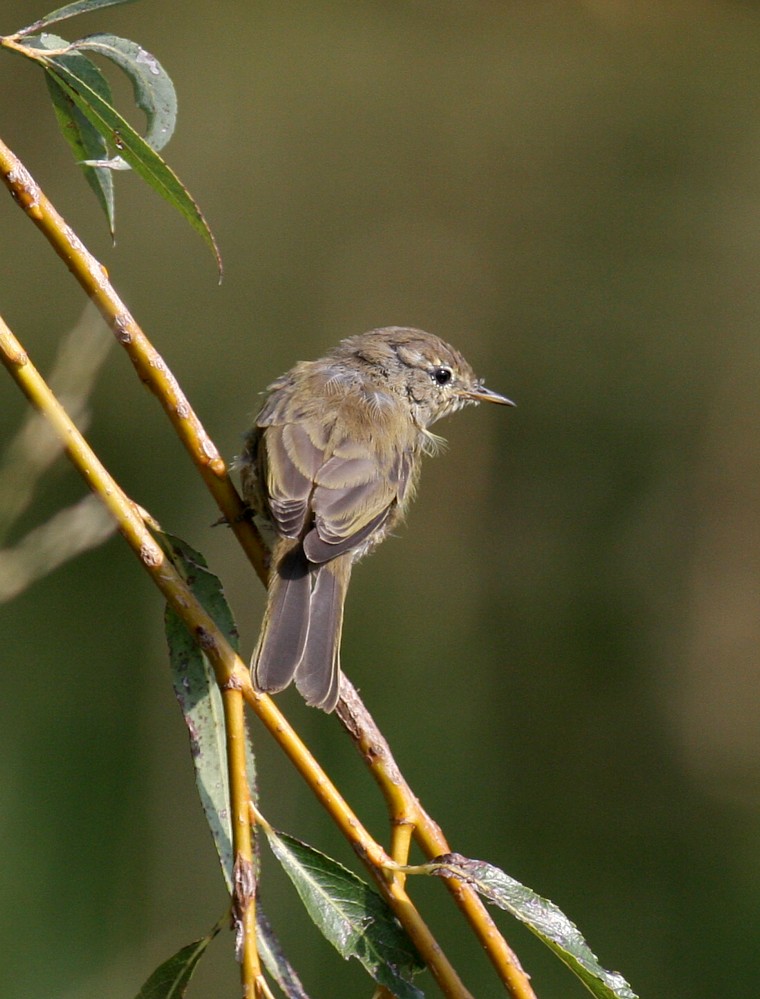 Some Chiffchaffs were  moulting and very scruffy looking like this one 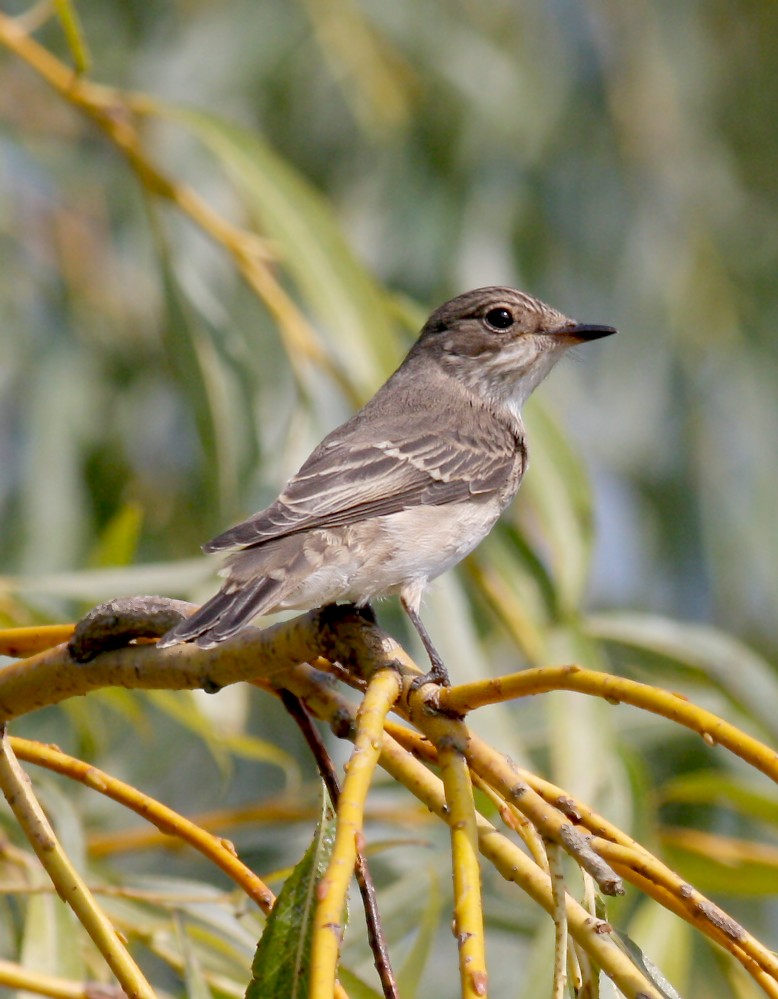 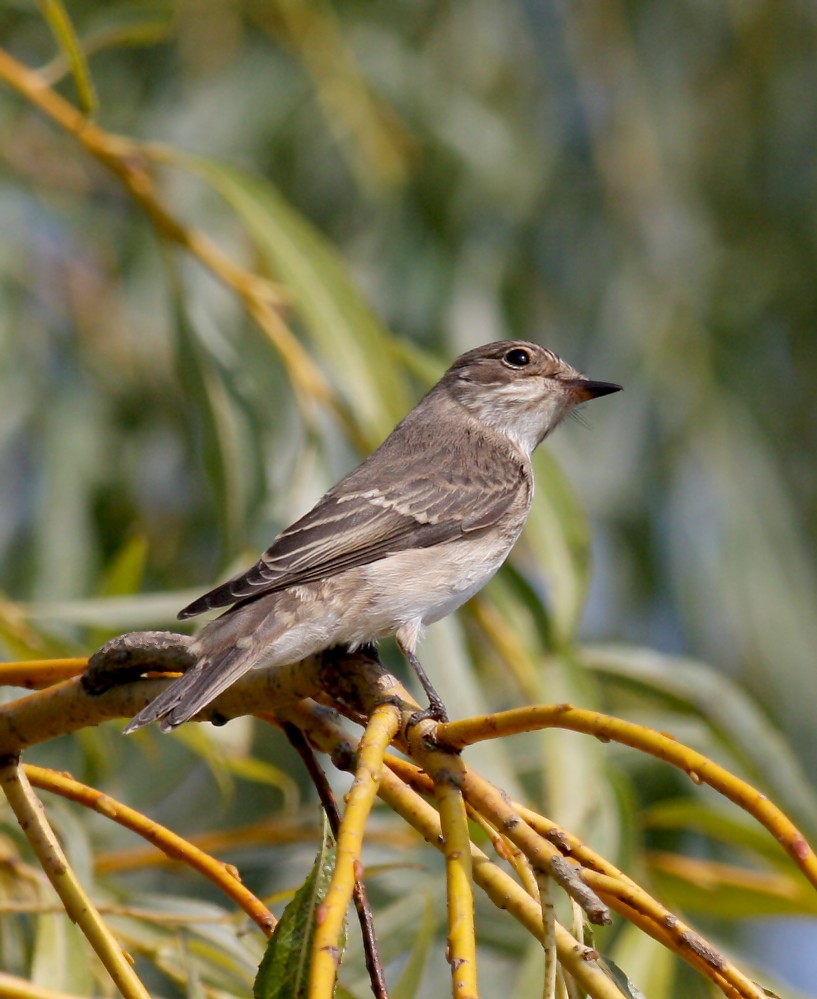 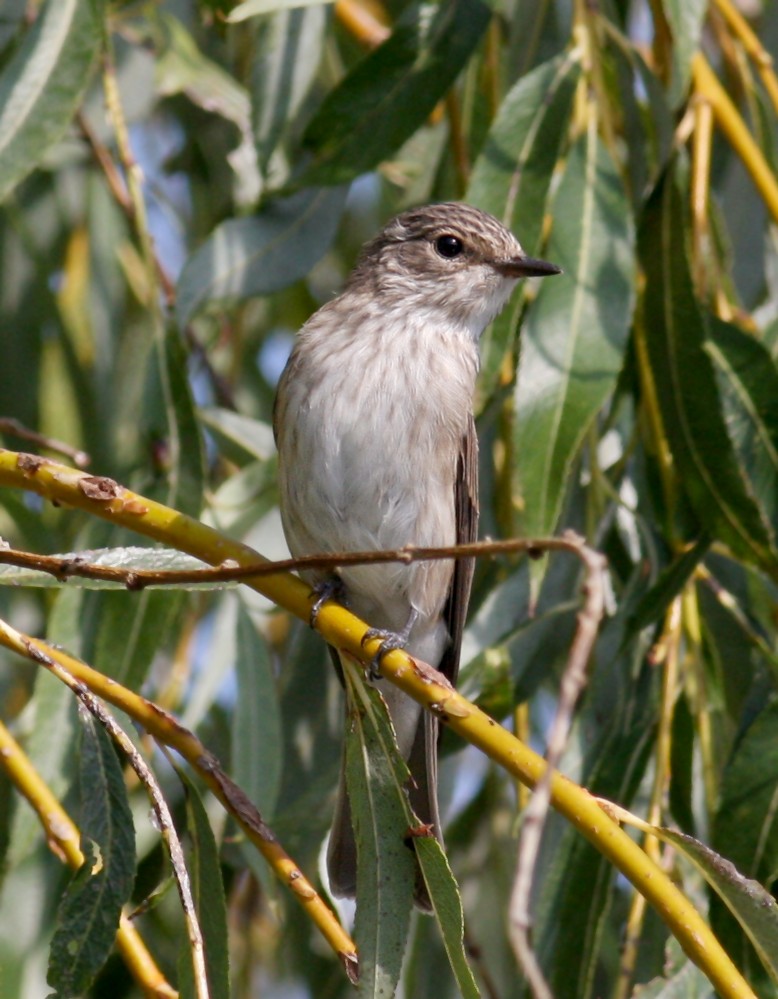 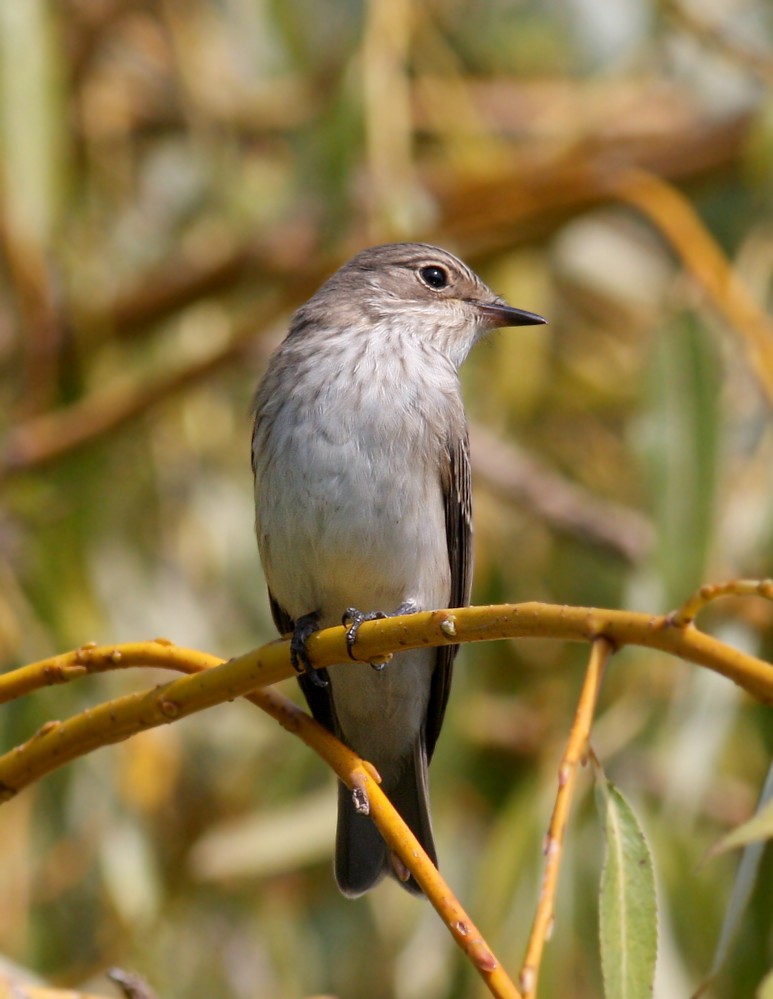 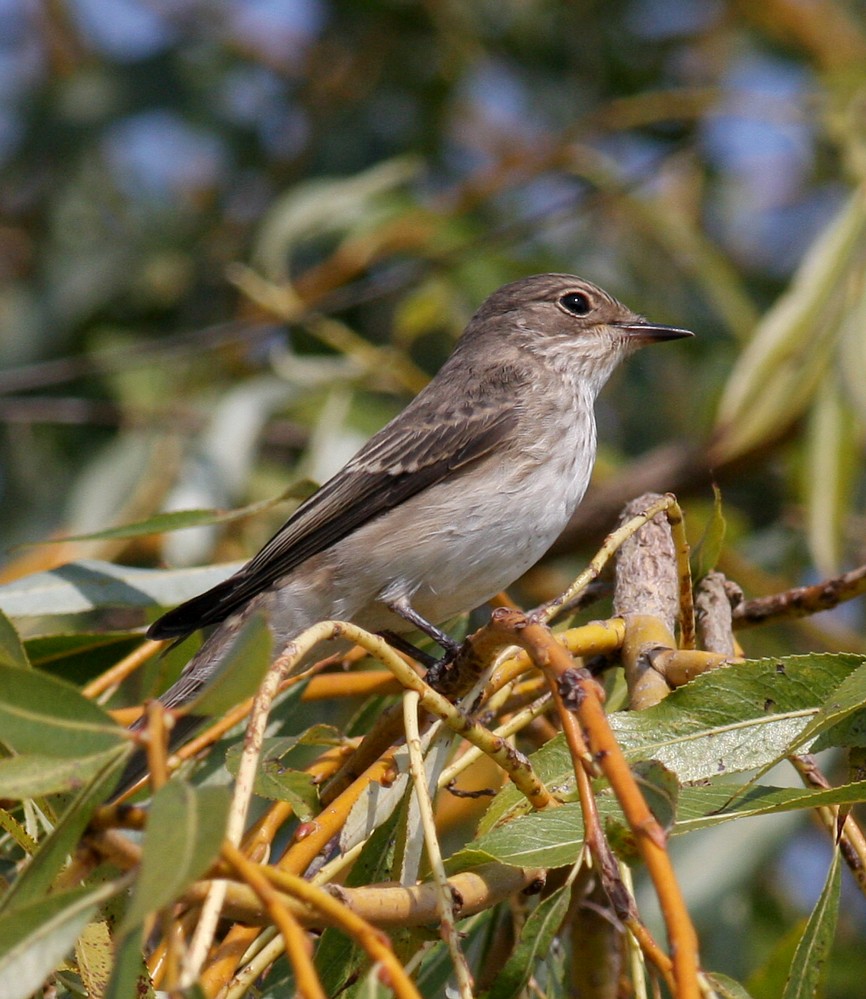 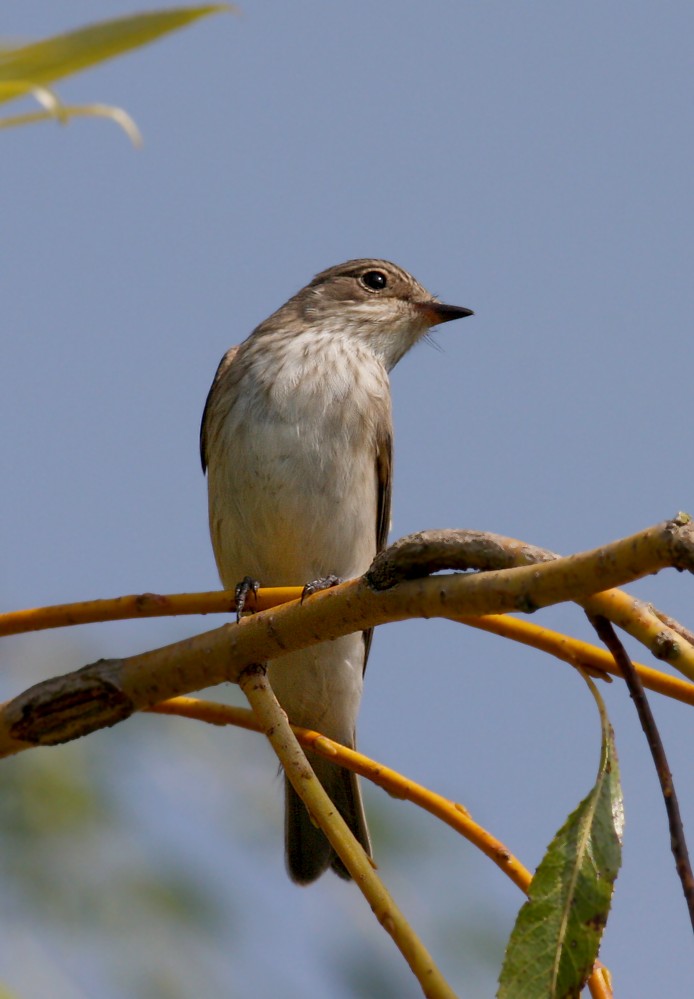 I then cycled back to Seaton and popped in at Seaton Marshes on the way home. There were a couple of Wheatears on the path to the hide and a few Chiffchaffs around the Borrow Pit. Whilst watching a tandem pair of Common Darters ovipositing I was surprised when the male suddenly released the female in mid air and instead of flying off she plummeted down into the water. She struggled and looked to all intents and purposes doomed. I just couldn't watch her life end in that way so found a long stick and fished her out. 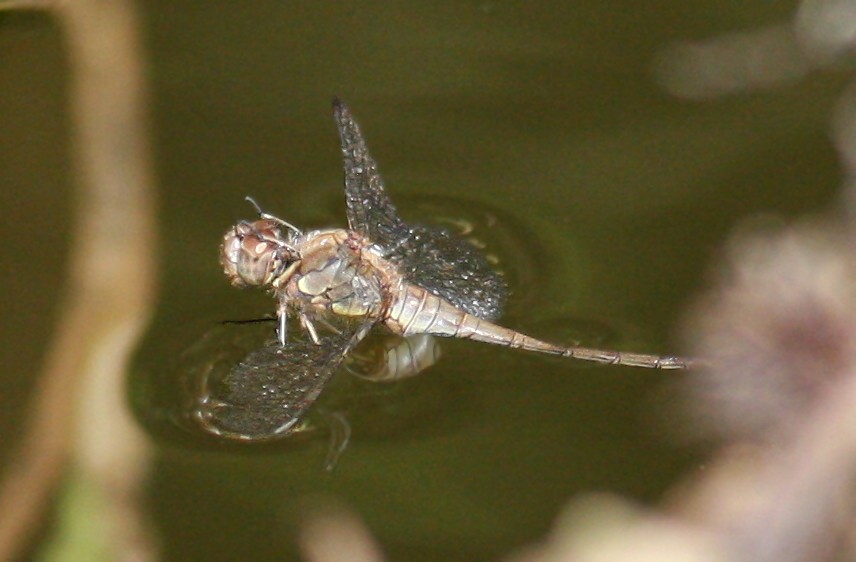 Trying to get water off her eyes... 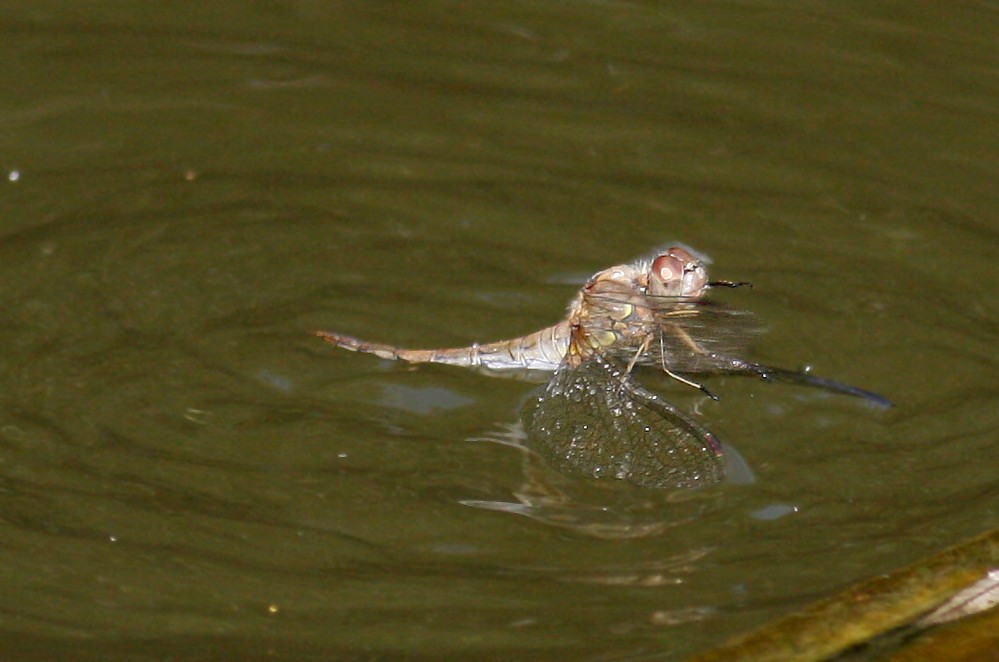 Clinging to a tiny floating stick.
Look at that little face pleading for help. How could I refuse? 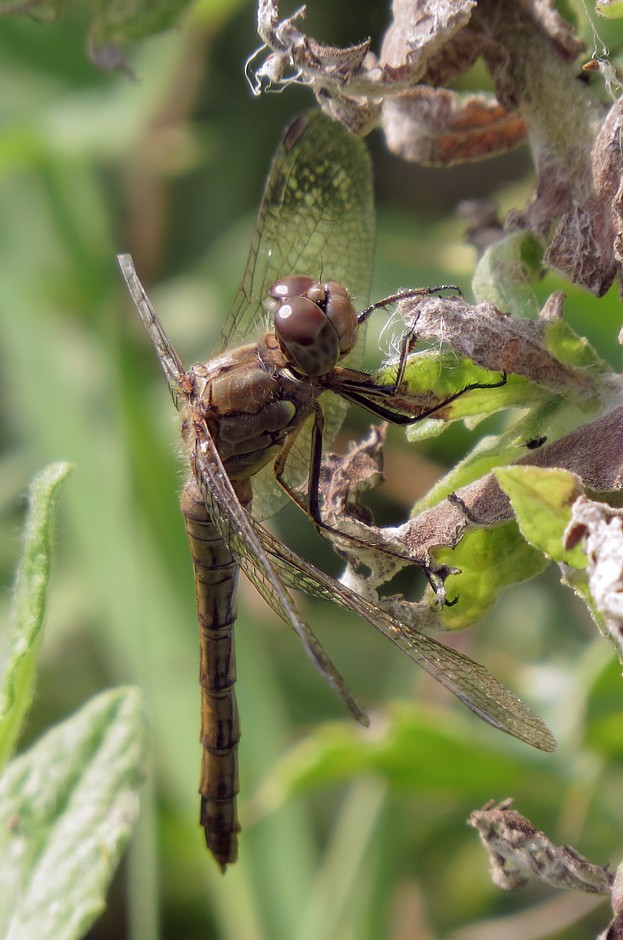 Back on dry land 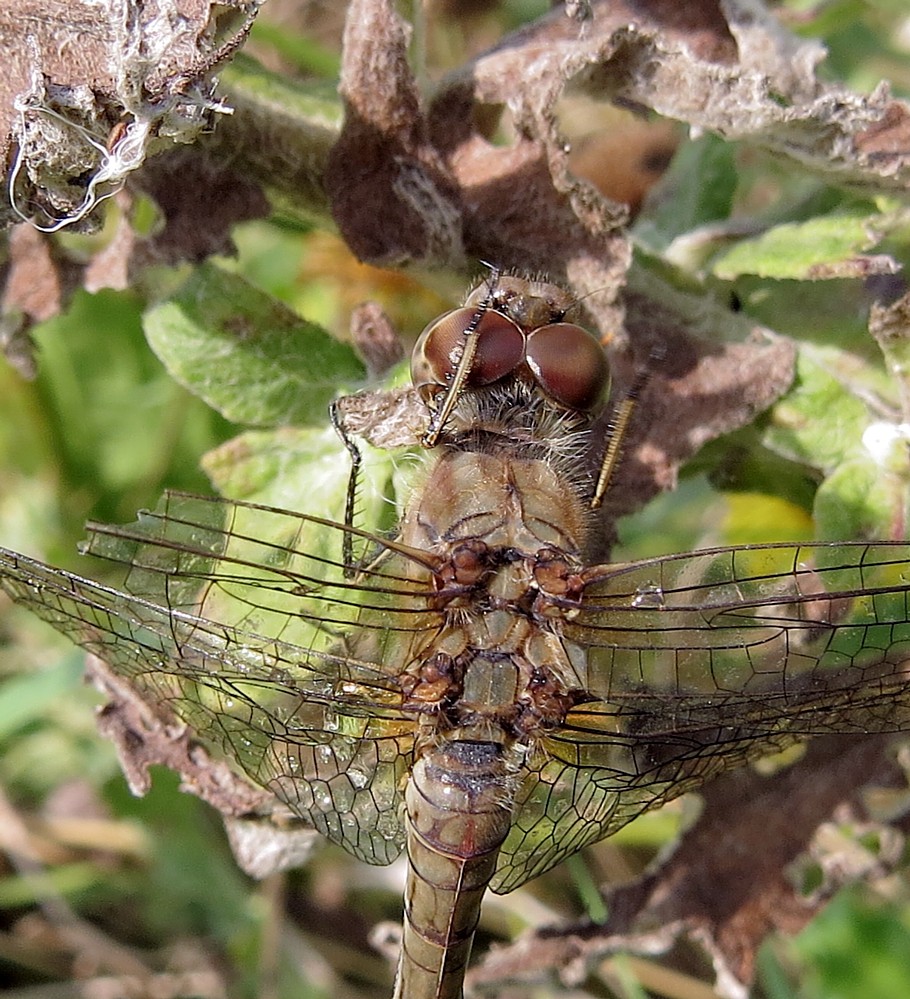 A bit more eye cleaning.
As you can see she didn't have much going for her as she's also lost most of one wing. 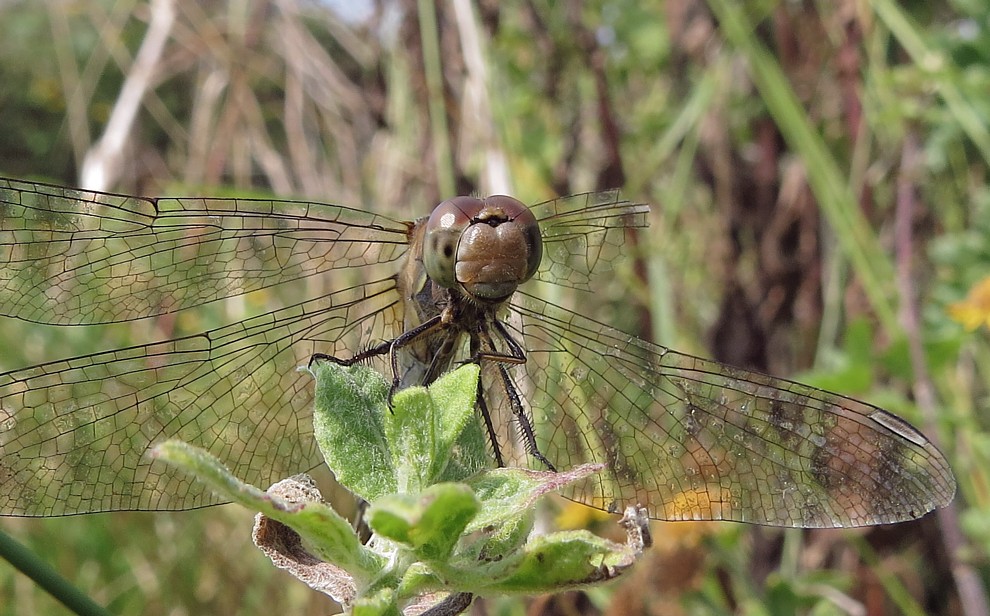 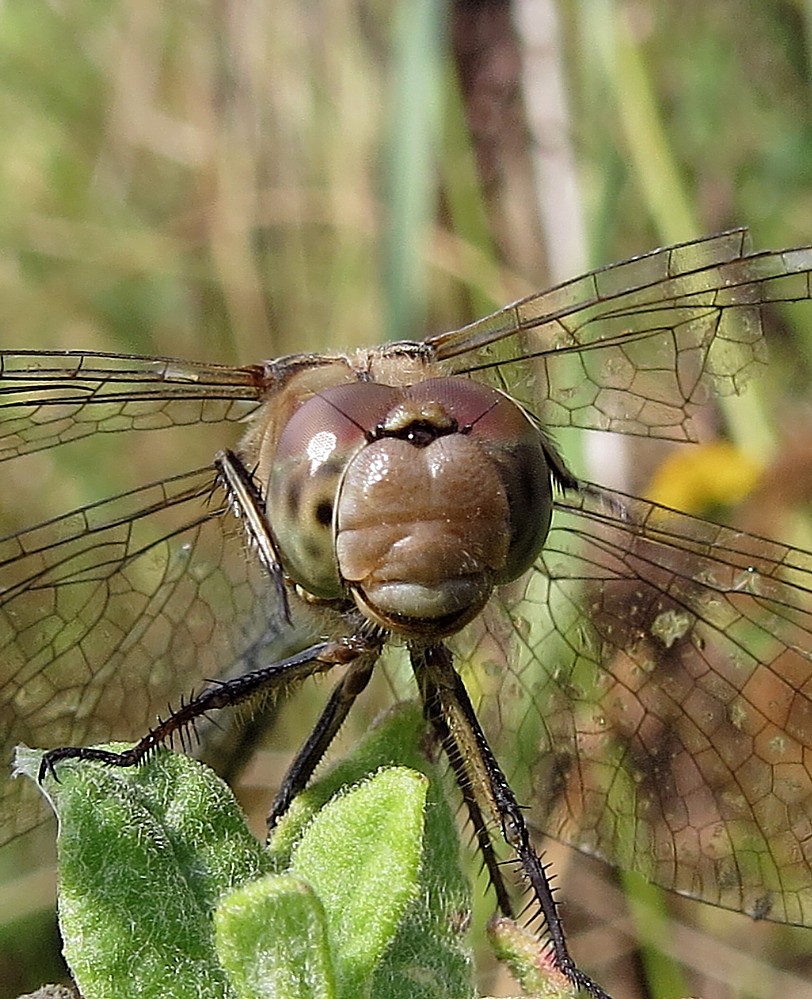 More eye wiping and she 'lives to fight another day'. Well possibly. 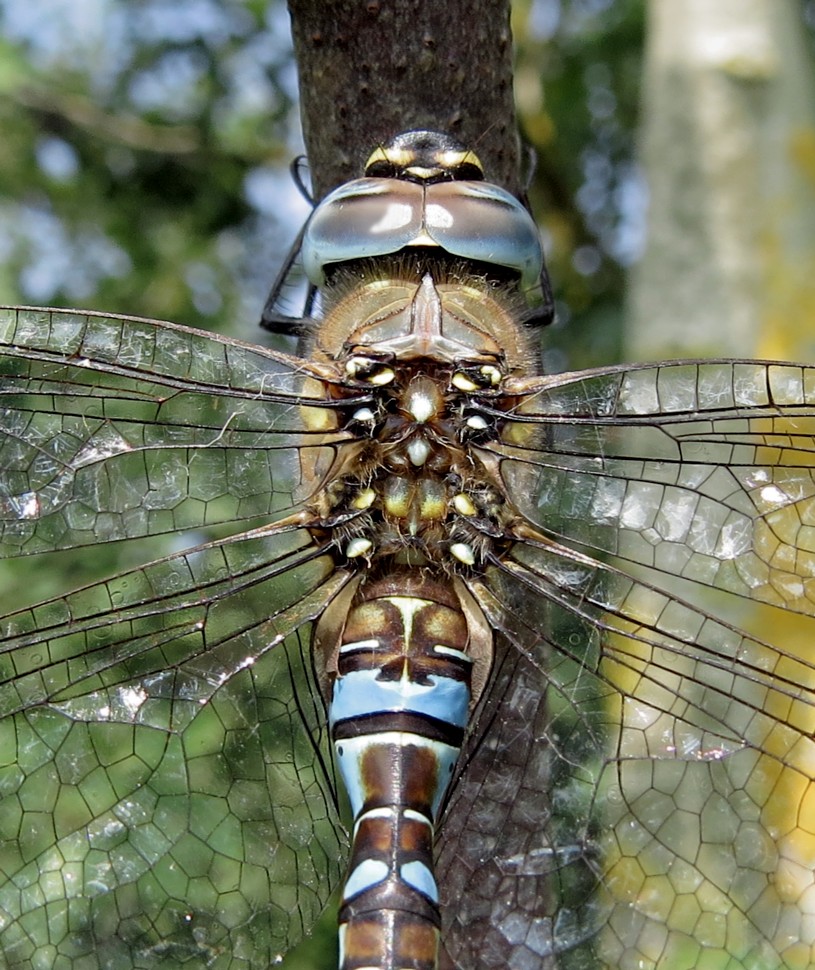 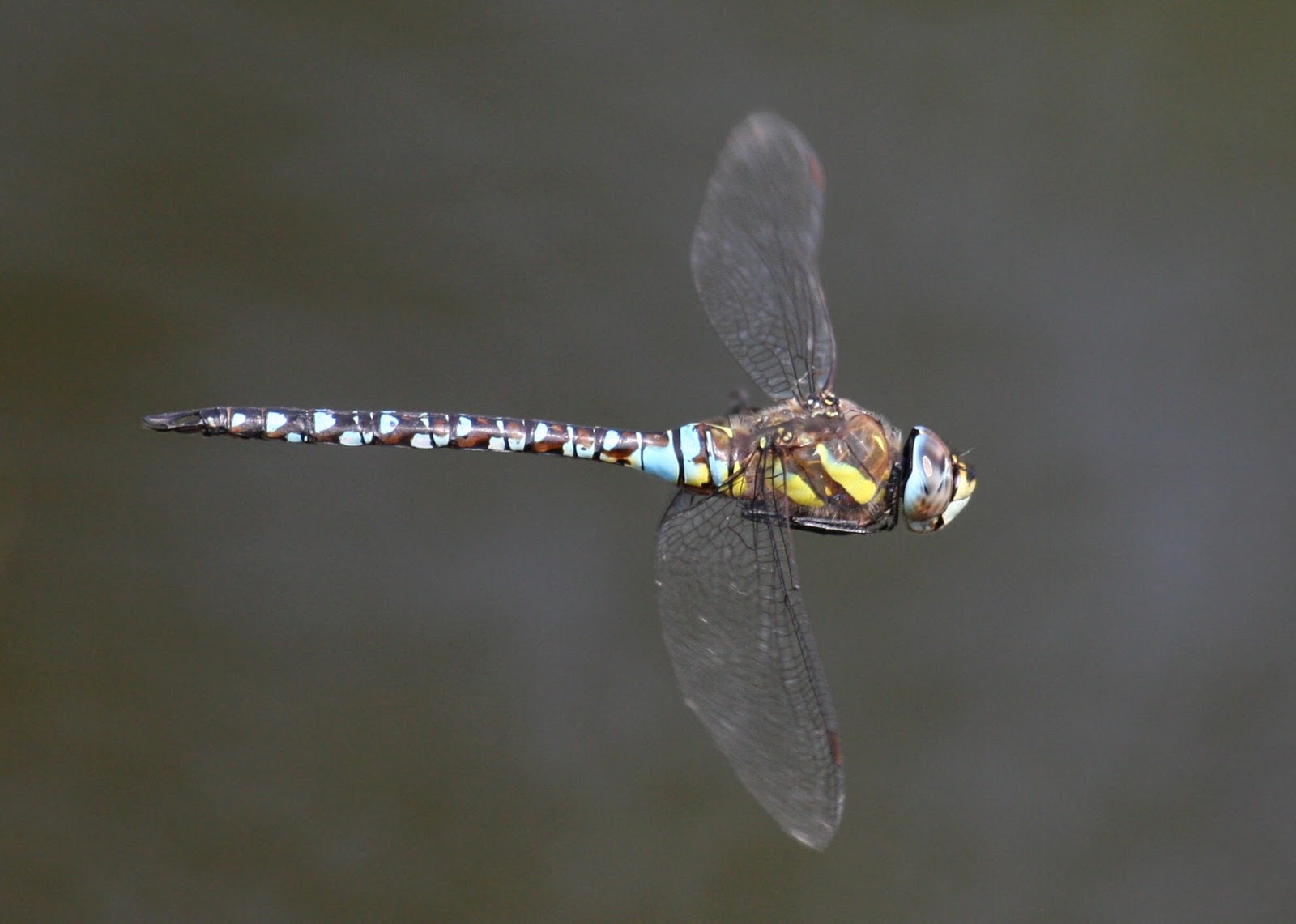 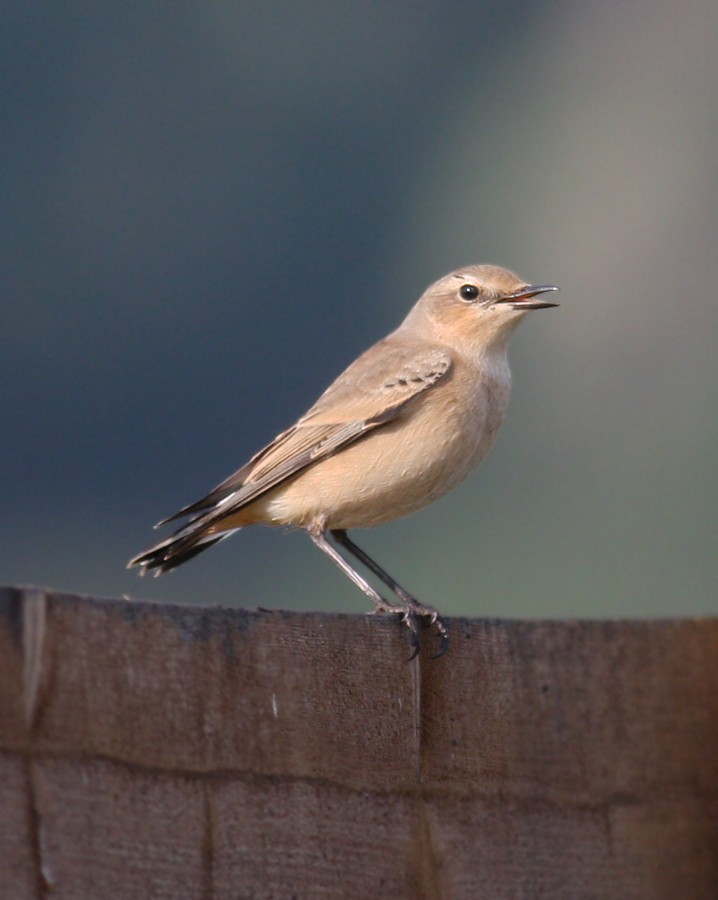 Northern Wheatear
Last but not least as no autumn blog post would be complete without one..

Congratulations Karen - one of the most sumptuously illustrated nature blogs that there is!

Happy anniversary, Karen. I have enjoyed following you through the years. Ouch on the bone biopsy; hope you get good news on that. cheers.

Happy anniversary. Your blog is superb and although I loved last years bird count, I prefer the more mixed posts this year. Never give it up.

Thanks for the good wishes folks. Much appreciated. Makes it all the more worthwhile :-)