Today I've Mostly Been Looking at Herring Gulls. Oh, and A Kittiwake.

It was very wet and windy today, so I only did a little bit of birding from the car. The Kumlien's Gull was back on the river by the tram sheds again, hunkered down amongst the Herring Gulls. They all looked most miserable in the driving rain. I was hoping to see a Little Gull today but it wasn't to be...somehow I just keep missing out on them at the moment. Steve had one on Bridge Marsh this afternoon but it had gone when I looked. I did see a nice adult Kittiwake flying down the river though and got a couple of shots of it. 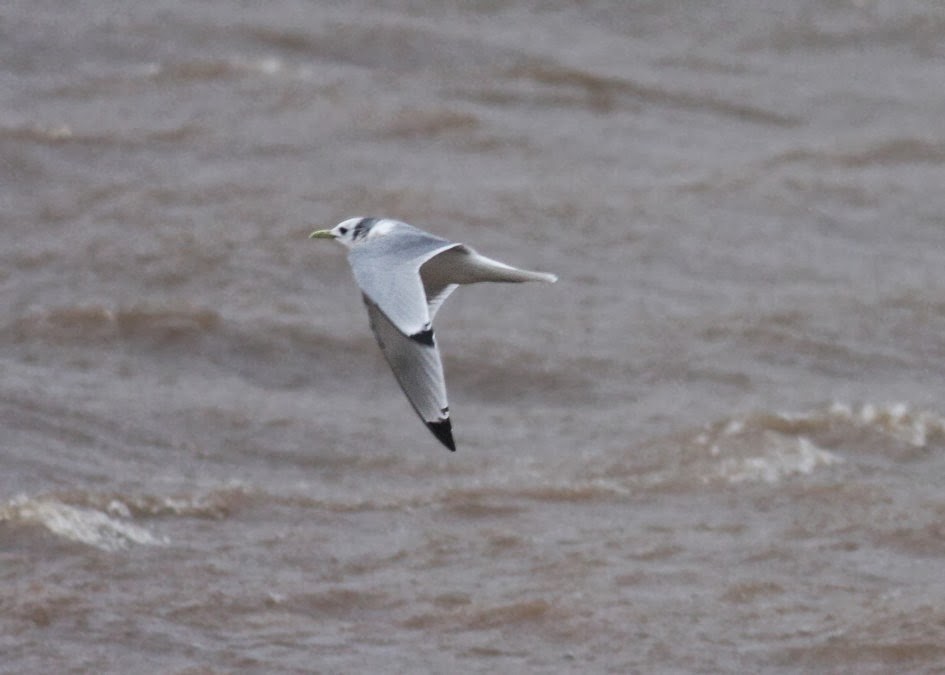 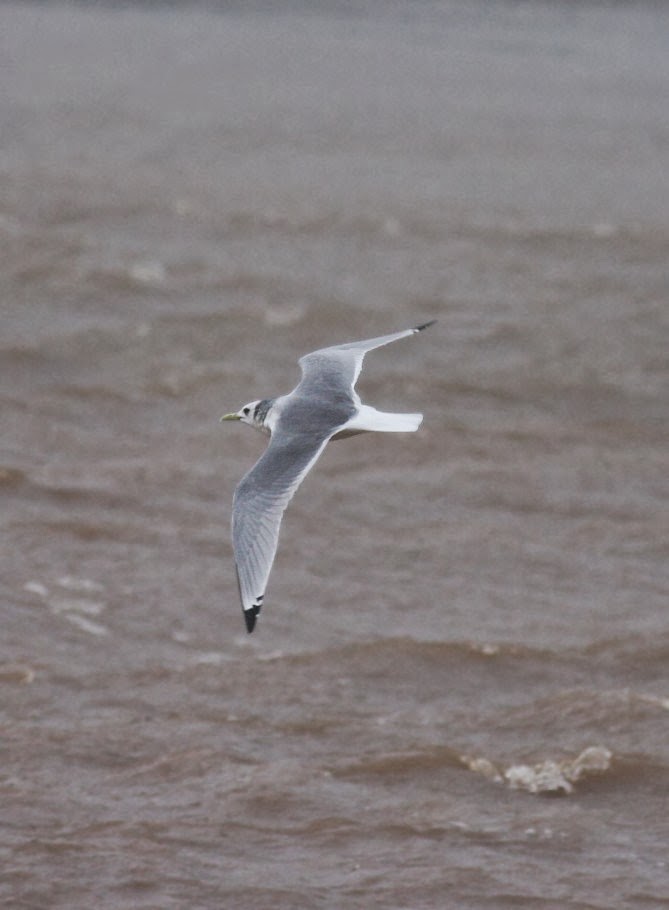 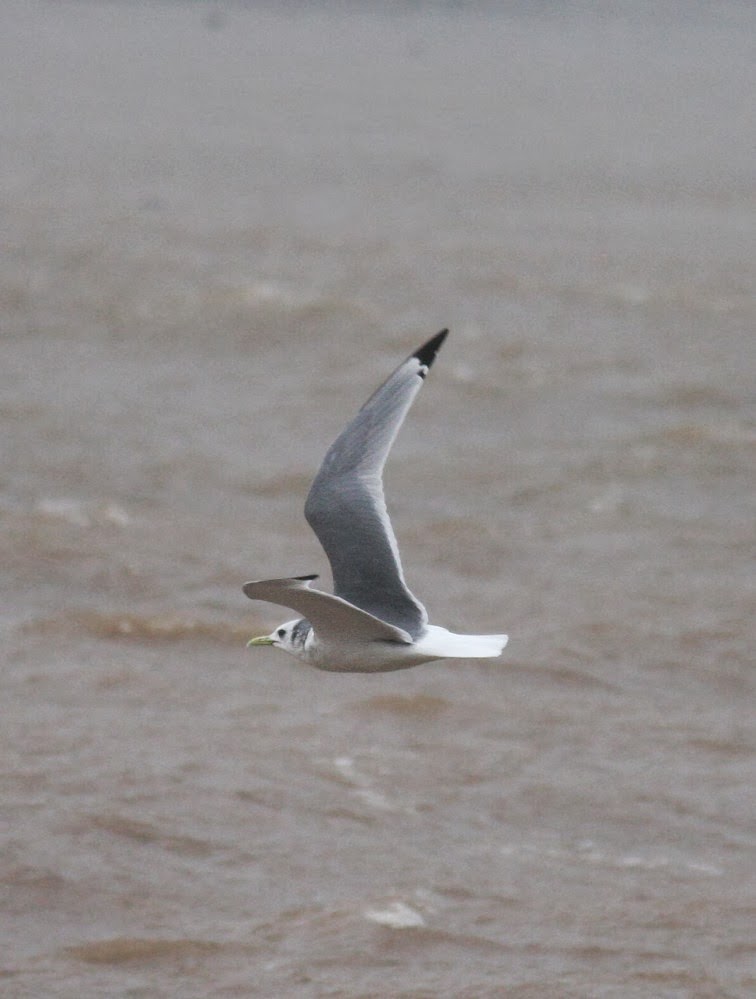 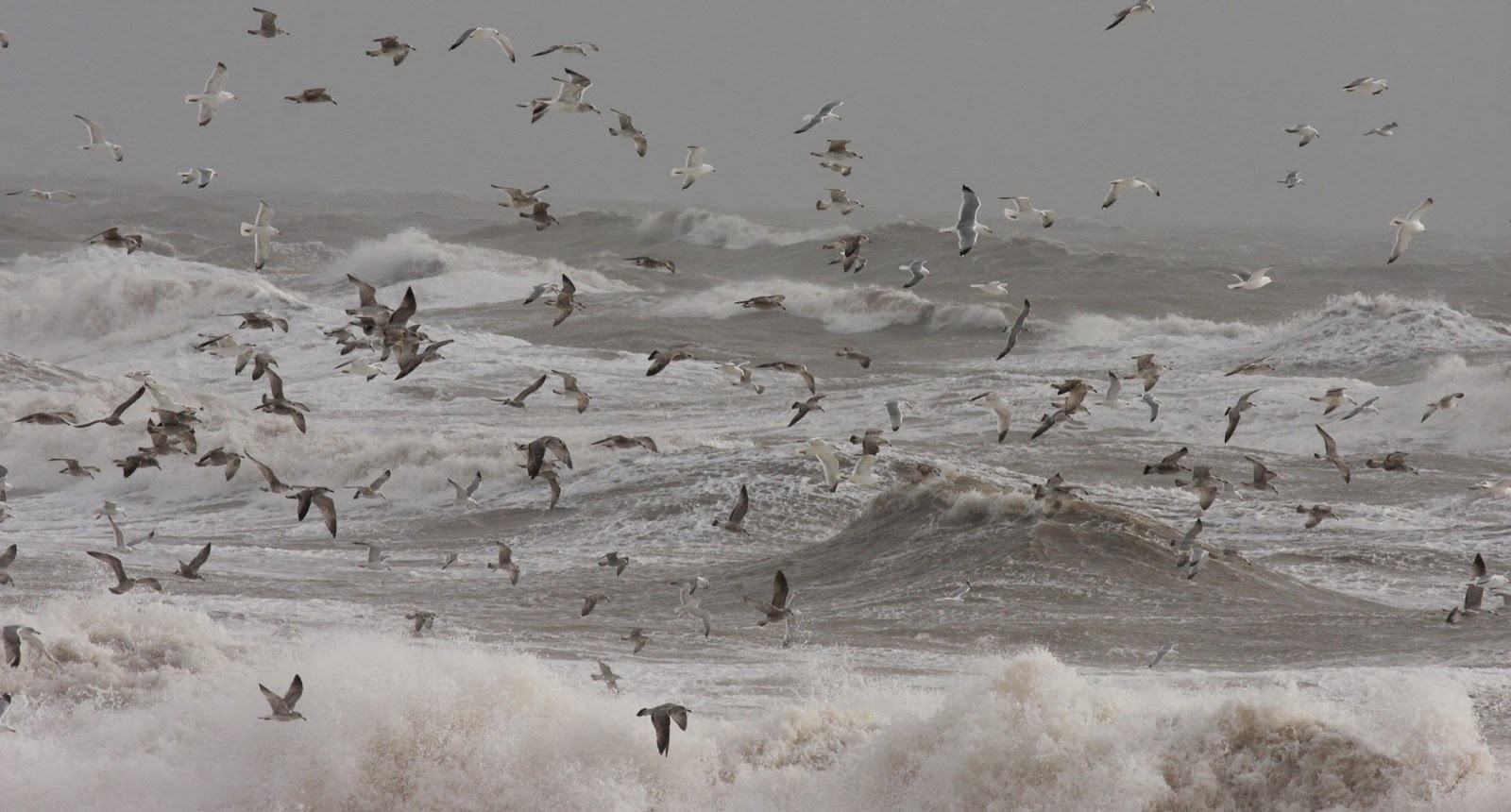 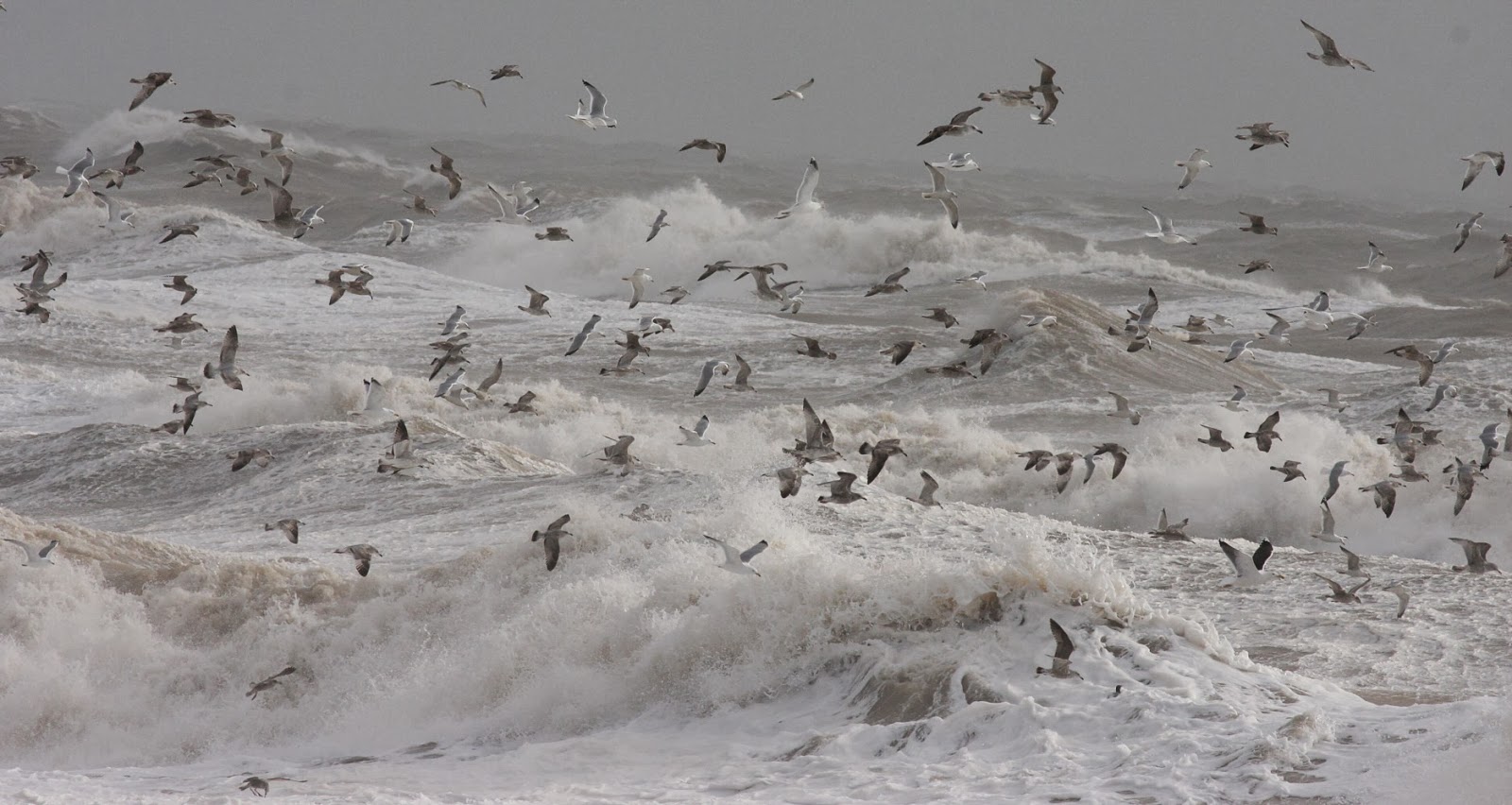 More Herring Gulls, a handful of Great Black-backed Gulls and (front right in the spume) a struggling Guillemot
(or if you read the Daily Mail (please tell me you don't!) a Penguin!)
Posted by Karen Woolley at 8:49 pm