With the forecast suggesting the possibility of actually seeing the sun briefly on Monday I joined Dave and Hazel on a trip up to the Exmoor area to look for High Brown Fritillary. The sun was only out intermittently for a couple of hours before thicker clouds inevitably rolled in. Predictably, we didn't see anywhere near as many butterflies as we did last year but we did see three or four High Browns and about half a dozen Dark Green Fritillaries. The butterflies weren't nectaring as much as last year either and so there were very few photo opportunities. 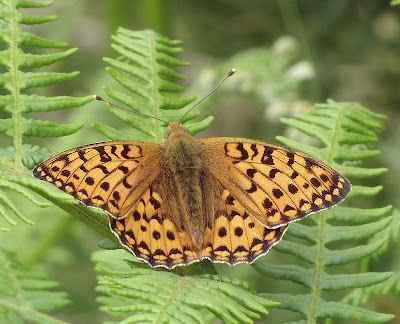 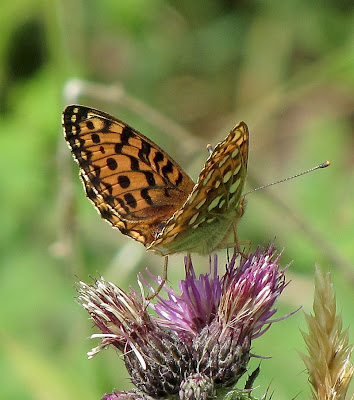 Dark Green Fritillaries. Male above and female below. 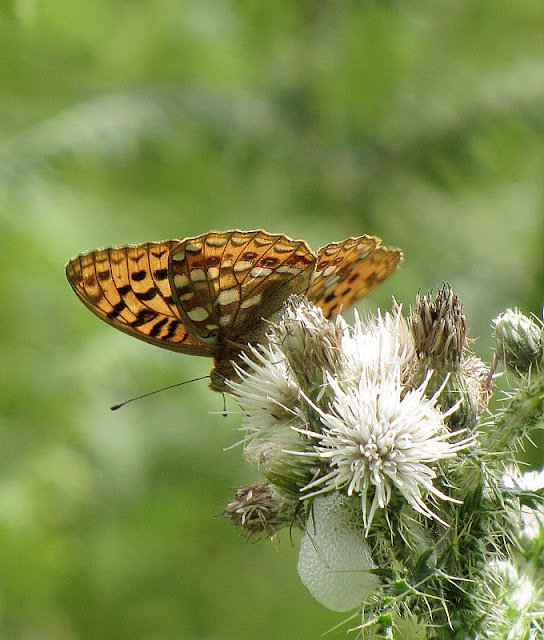 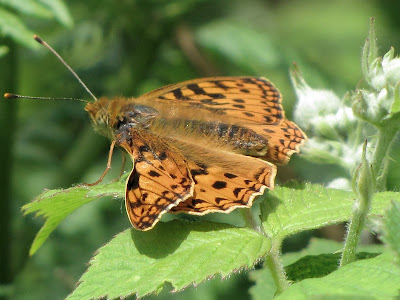 We found this recently emerged male with a deformed wing. The wing clearly hadn't pumped up fully and was blackened around the base. The butterfly's thorax also had a blackened hairless area probably suggesting the pupa had been damaged by the damp. He also had unusual markings with very few brown 'eyes' on the under-wing and the diagnostic small third black dot on the upper-wing missing altogether. 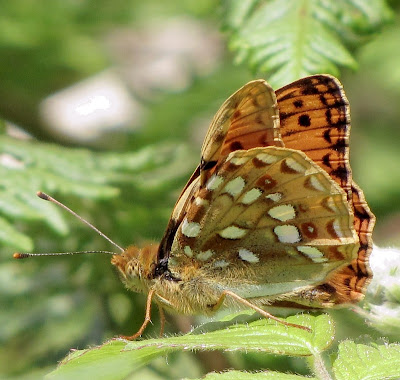 He only has two small brown 'eyes' on the under-wing. 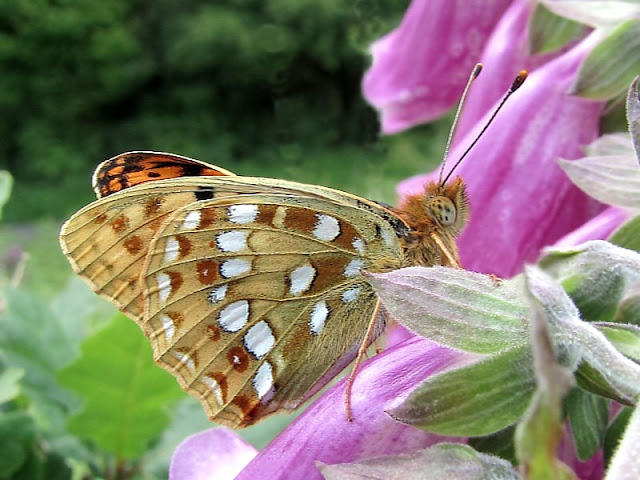 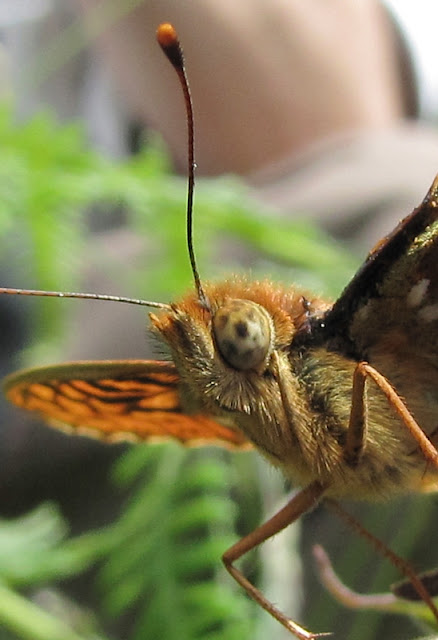 He could fly perfectly well and was only so 'well' behaved' because of the lack of sunshine.
He's probably one of the lucky ones I guess, even in this state at least he's made it to the adult stage. I suspect many pupa have succumbed to the poor weather.

Since Monday I've been mainly indoors looking out at the rain.  On one brief venture out I found a new moth for me (although I've seen the larvae and their incredible webs) The Spindle Ermine. 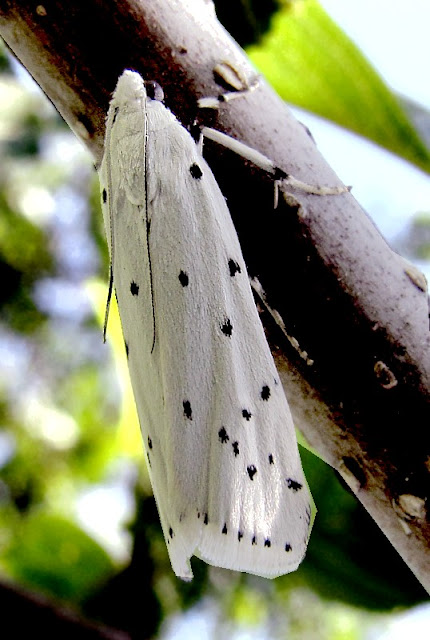 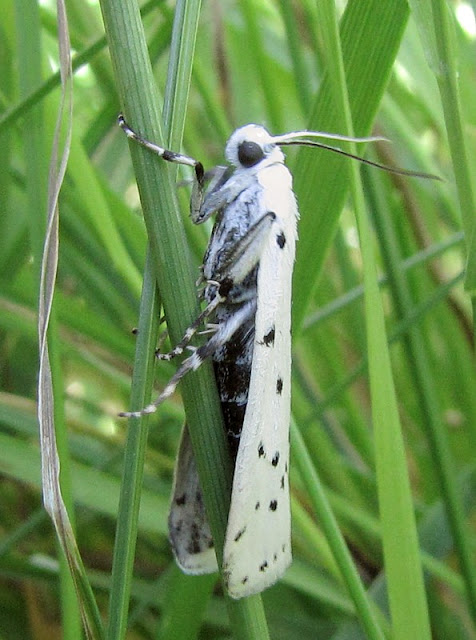 Today I took Rex out for a walk and to get a new header image for the blog. I got rained on....Will the summer ever get here? :-(
Posted by Karen Woolley at 3:40 pm

A great blog that has given me some great ideas for locations and photographs. I live in Somerset so some places are very close to me. I live very near the site of the fly orchid and the bee-fly orchid but I didn't know it was there. Too late for this year but on my plans for next May. Keep up the great blog. All the best Paul Redman