Monday being the only day forecast to have a bit of sun for the foreseeable future saw me and Bun heading up to Sand Point in Somerset to see Glanville Fritillary. I saw them here in pretty awful conditions last year, mostly hunkered down in the vegetation, so it would be nice to see some actually on the wing. They had been on the wing the previous weekend but there were still good numbers around although most of them were past their prime. I hope they got all their mating and egg laying in during the brief  spell of clement weather on Monday because they are a short-lived species and the weather since then as been appalling. 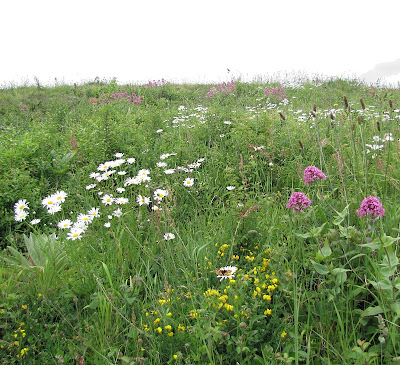 The lovely habbo, which looks a lot nicer than it smells!
Ox-eye Daisies are called Dog Daisies on the continent, and for good reason because they don't half stink of dog poo!! 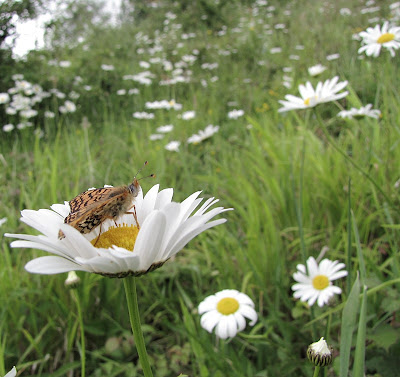 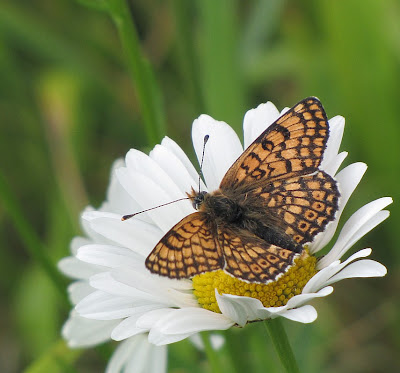 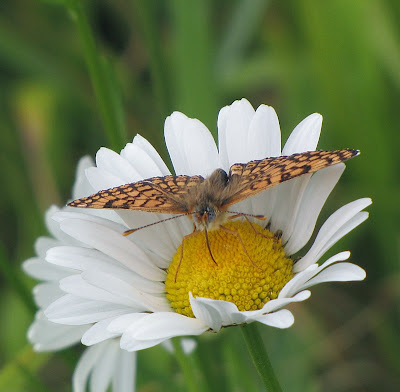 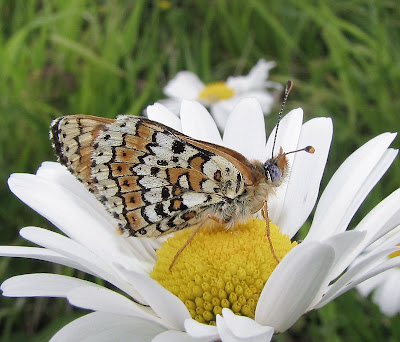 This one is a male 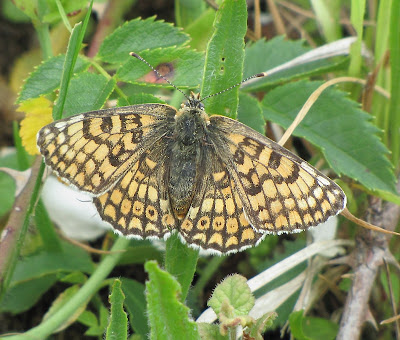 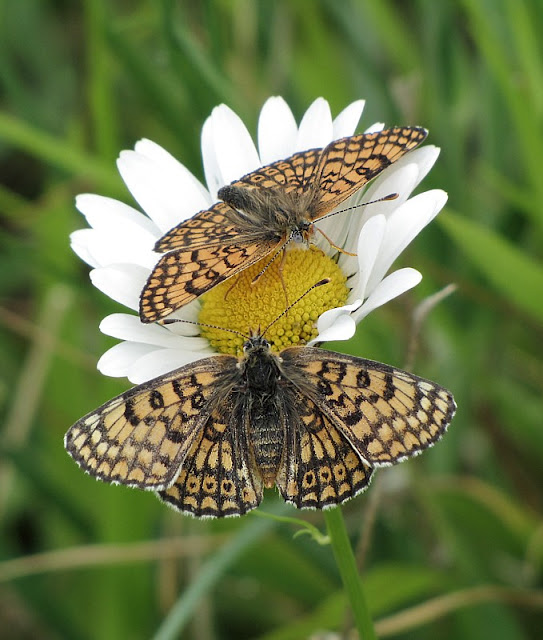 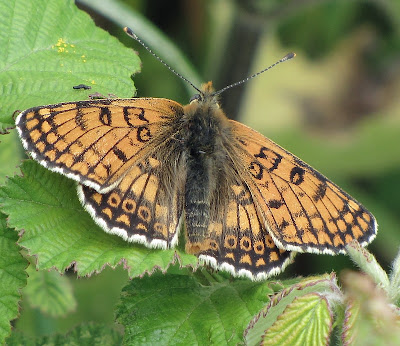 This lovely 'brand new' individual is an aberration, having reduced markings on the upper wings. There are several named aberrations in this species, I haven't been able to find out which this is though. 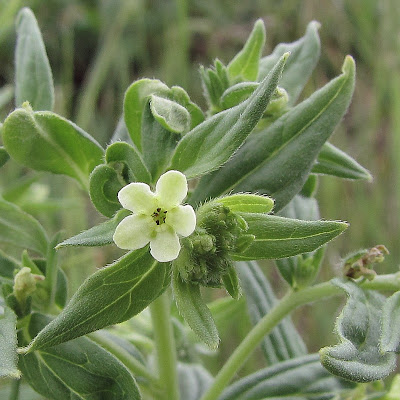 Common Gromwell.
A new plant for me, again probably just overlooked it before. 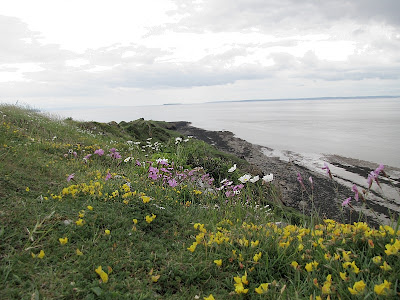 View to the west along Sand Point with the rare Cheddar Pink in the centre.
In the distance is the coastline of Wales and the island of Flat Holm 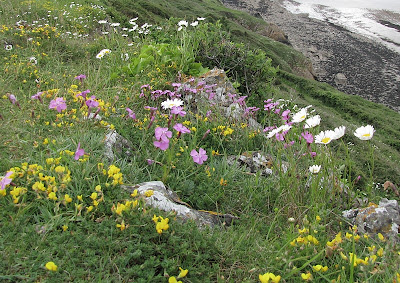 Cheddar Pink looking very different to last year when it flowered very early and was therefore standing alone. Here it is surrounded by other wild flowers and looking very pretty. It also smells exquisite! It's a tiny little olfactory oasis amid the sea of Dog poo daisies! 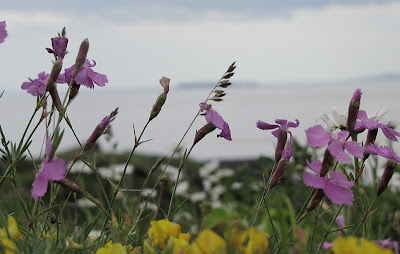 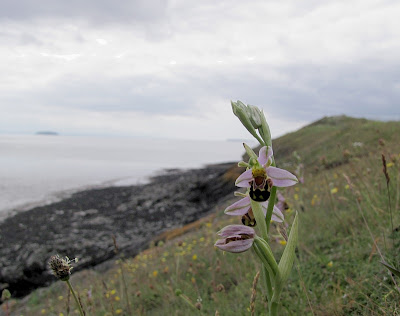 There were lots of Bee Orchids in flower on the South facing slopes.
The little island in the distance in this photo is Steep Holm.
Posted by Karen Woolley at 8:54 am

These are stunners,must add them to our wanted list.
John.

What stunning flora, looks a fantastic place for a walk

Hi Karen :) Glad you saw some Glanvilles too, beautiful shots. Aha, don't I know about those daisies; we had some in our garden for a few years, they really honk! Despite being lovely to look at, we had to dig them out in the end as I was refusing to hang out my washing, lol.

Really lovely photos Karen, I especially like the pics of the pair and the longer shot of the individual on the daisy with the additional habitat in the background.

You're absolutely right, those daisies are right stinkers! Poo!
Linda

Thanks for the commenting folks!