Yesterday I headed over to Martin Down NNR in Hampshire (well only just) hoping to see the rare Pasque Flower. It is only found at a few locations in the UK albeit quite numerous at a couple of them. Not Martin Down though, which I think is its southernmost location. Here there are only a handful of plants, four I think. I only know the location of two of them having seen them in seed last year. I was hoping to see them in all their glory this year but unfortunately I was just a tad too late. I reckon they'd have been at there best last week while I was in Scotland. Still they weren't too awful... 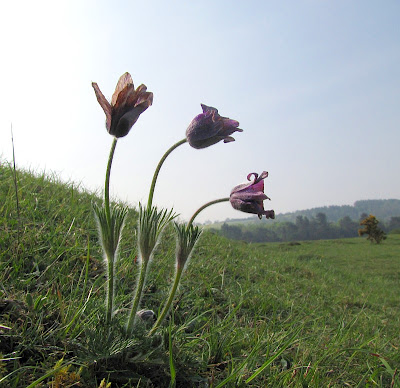 One plant had three flowers, looking a bit curled at the edges. 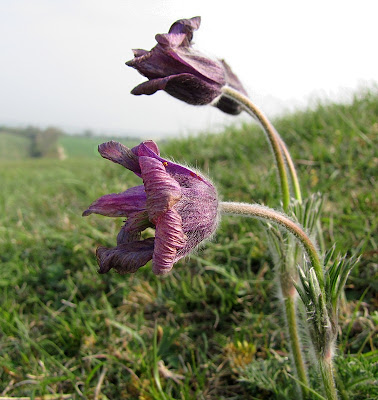 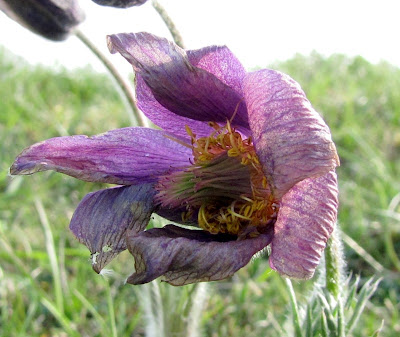 Past its prime.
When in ful flower they have a bright yellow centre. Here though the seed head is already forming, the green and red filaments in the centre later fan out as the purple sepals fall off, to form a spiky globe. I'll remember to take a photo of it when I return in late May for the Orchids. 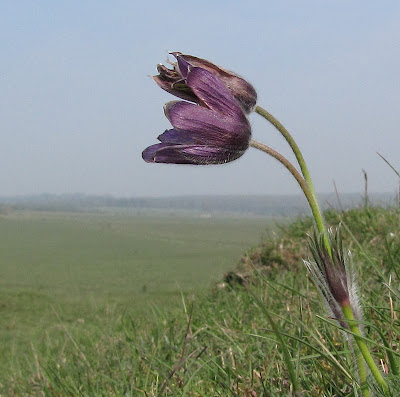 The other plant had two flowers and was a bit less withered.
Back on patch it was nice to see a few Early Purple Orchids in flower at the usual site. 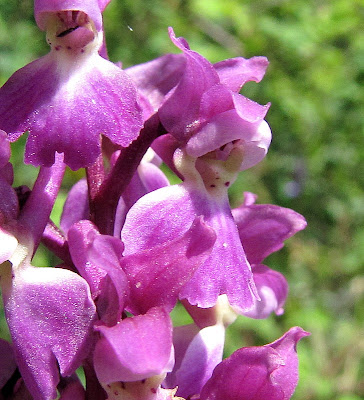 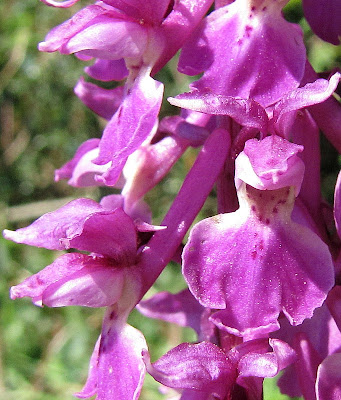 Today a quick visit to Alyesbeare Common on the way back from a trip to Exeter, was extremely quite with very few birds and not much in the way of insects either apart from a few Brimstones. Although the Wood Ants were showing well, as usual. 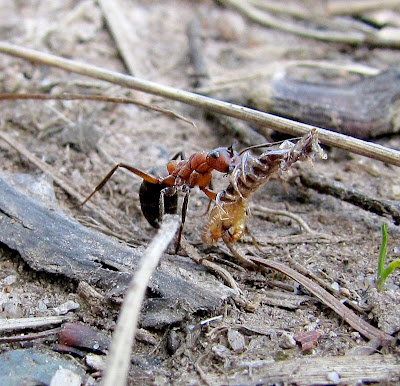 Here making light work of lifting what looks like half a large Centipede.
An overdue patch tick for me this afternoon when news reached me of a Great White Egret on the lagoon at Seaton Marshes. There have been a couple on patch over the years and I think I'd be right in saying that only the relative newcomers to the patch, like myself and Bun, hadn't seen one here. Well we have now and what a corker! I've never had good views of an adult in full breeding plumage before. I know it's still only a white bird but it has lovely salmon pink legs and brilliant pea green around the eye. It was entertaining too, feeding on small fish and what looked like a frog too. I couldn't stay as long as I'd have liked due to work being imminent. Best Great White Egret I've seen though. Most definitely! 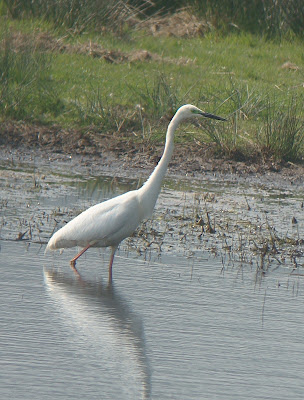 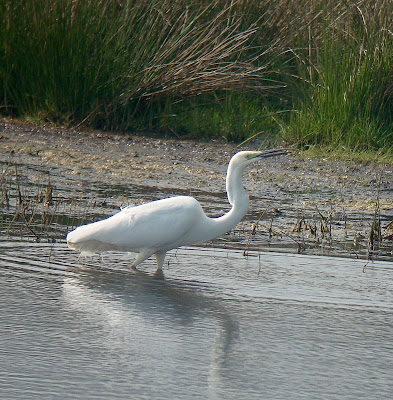 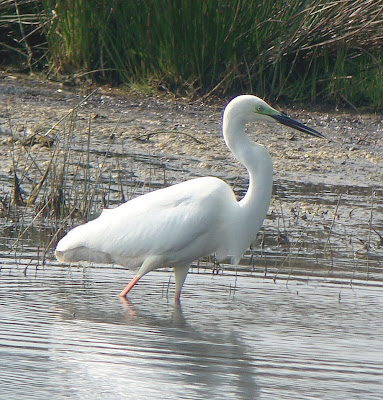 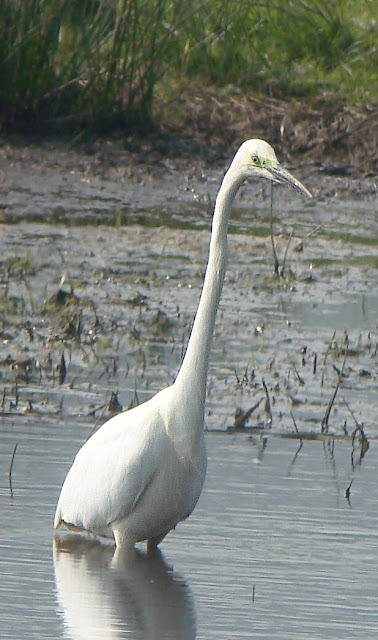 Love that bendy neck, it's like a piece of rope
Posted by Karen Woolley at 10:28 pm

Love to see the Pasque flower but a long drive south from here. Like the Scottish pics I'm going up there at the end of May.