Today, feeling in the mood for a bit of excitement I decided to pop over the border to Lodmoor in Dorset to have a look for the four Scaup that have been there for a few days now. Scaup is a gaping hole in my life list which I should easily have filled before now. Amazingly despite the foul weather when we left, it didn't rain once whilst Bun and I were there (yes I asked Bun if he'd like to join me, I mean, who could refuse such an offer!? Scaup, how exiting!!) and we saw them (well some of them) without much difficulty. As soon as we got out of the car and lifted our bins to look at the lagoon, there right out in the open were a small gang of  Ruddy Ducks!! Where were they in September when we were looking for them?  Hiding obviously, with good reason too! A couple of these were actually moving around a bit which is more than can be said for the rest of the ducks present, all just feathery blobs floating about in the breeze. 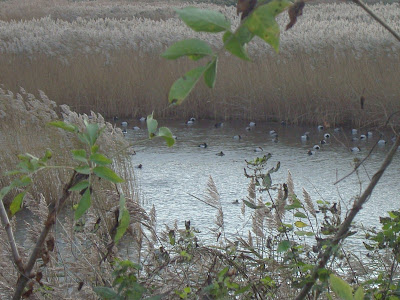 Some ducks... being exciting. 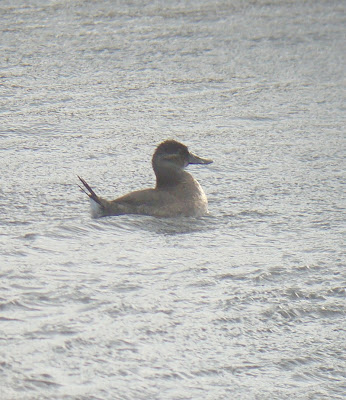 A sitting duck? I hope not. 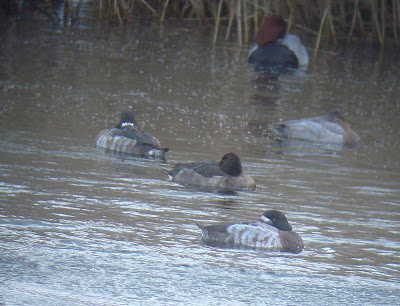 Scaup doing what they allegedly do best. 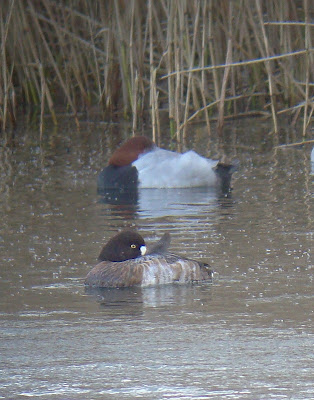 A thrill a minute

While I was taking these photos in a freezing gale, Bun had retreated to the car, I can't imagine why. Anyway after we'd (both) tired of the scintillating duck action we dropped in quickly at Radipole Lake. Well, just the car park actually, for a bit of gull spotting. To get a nice photo of a Mediterranean Gull on our local patch you need to be patient and reasonably skillful with your digiscoping kit as a rule. But at Radipole you just cruise around the car park, spot your 'victim' , wind down window, point your 'point and shoot' camera, et voila! Here's a couple of results from this 'drive by shooting' technique, shame about the tarmac: 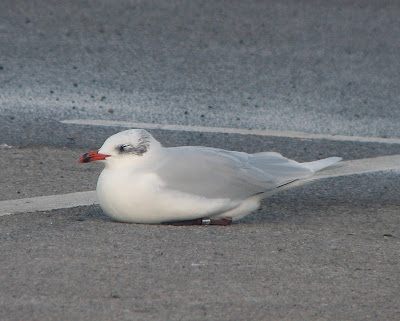 Gorgeous adult (everything was asleep today) one of several ringed birds. 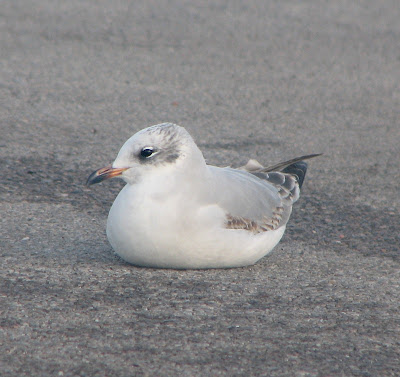 After arriving back in Seaton I couldn't resist popping up to Beer Head to look at the two late Ring Ouzels, Bun could and did. Wise choice perhaps. It was freezing up there and the wind made it almost impossible to use the scope. I saw the birds immediately but only brief views as they kept disappearing into the hedgerow for long periods. I wasn't really in the mood to wait for them and the light was rapidly fading. I was about to give up when I spotted a man approaching dressed in a most vivid scarlet coat, "Ah!" I thought "Tis a student of Gav's friend, the famous scarlet clad American Bird Charmer, Chip". You know? If you don't, read about him here. 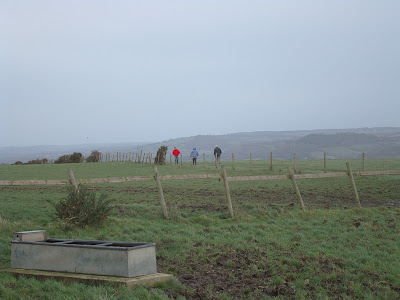 The Ouzels were bound to show well once they saw this approaching.

They didn't  come out to greet our red friend, surprisingly!? I gave up trying to get a photo and left.  Some very nice photos of the Ring Ouzels are available for viewing here.

I still hadn't had enough of a battering by the elements though and went down to the Yacht Club to see if  any Little Gulls were about. There were two of them again today an adult and a lovely first winter. I tried to get a photo of the first winter one to go with the adult and second winter that I got on Wednesday. The spray was quite extreme and the beach looked more like the aftermath of one of those 'foam parties'. Look. 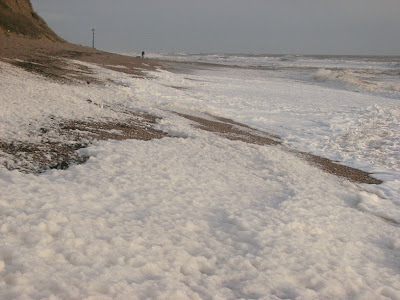 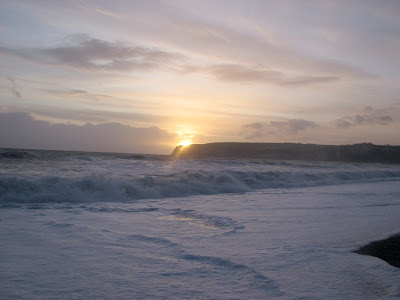 The sun was rapidly setting behind Beer Head so I'd need to be quick. 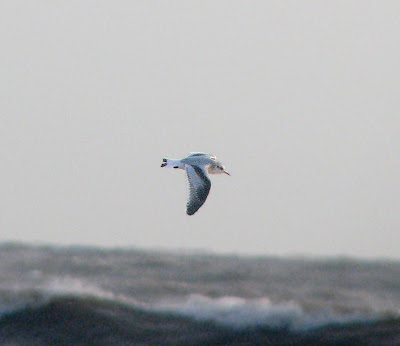 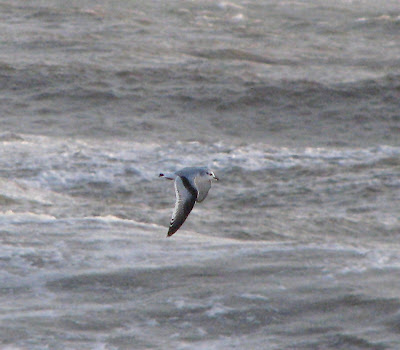 A stunning little bird. And a great end to an enjoyable day's birding :-)

Nice end to what seems like a chilly day from the reader's side of your blog. Even the scaup looked bored silly. ;-)

Thanks for your comments as always :-)

Dean - I was just kidding! I have to admit that actually I'm a real duck lover. I use to keep and breed them many moons ago. I think they're all great - even Scaup! ;-