Yesterday afternoon I visited Duckhaller Farm on the edge of Dawlish to look for arable plants. Duckhaller is a 87 acre (mostly free range pig) farm under the Higher Level Stewardship scheme administered by Natural England. There is a permissive path around the farm some of which is along a superb arable headland. I'd seen that the Devon Botany Group had had a field meeting here and seen some nice 'arable weeds' and you should know how much I like 'arable weeds' by now! I saw no less than five new plants! It was a very humid afternoon and almost every photo I took had thrips (thunder-bugs or what you will) in it. I couldn't see them with the naked eye, sure sign I'm getting old! 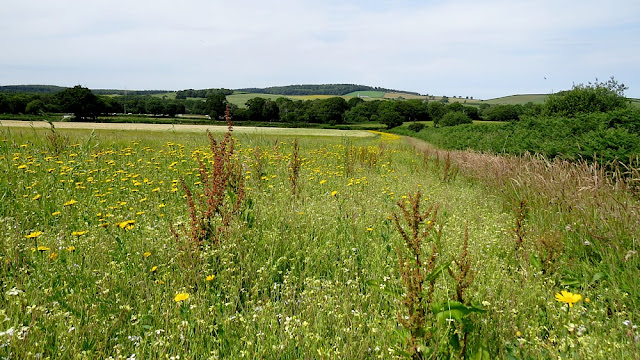 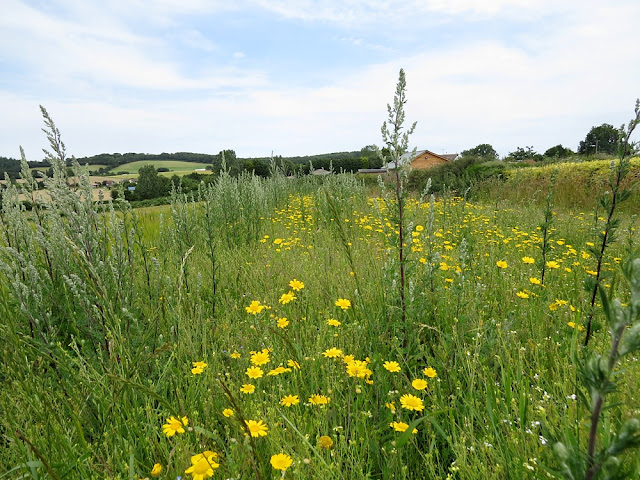 Mainly consisting of Wild Radish and Mugwort but also lots of less common plants too especially Corn Marigold which was present in vast numbers. 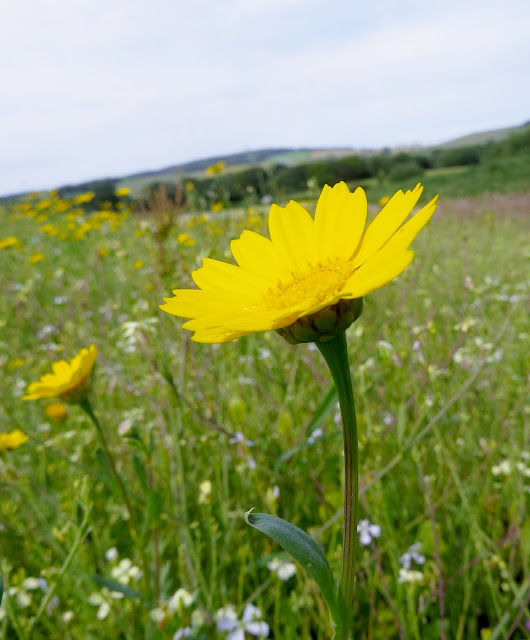 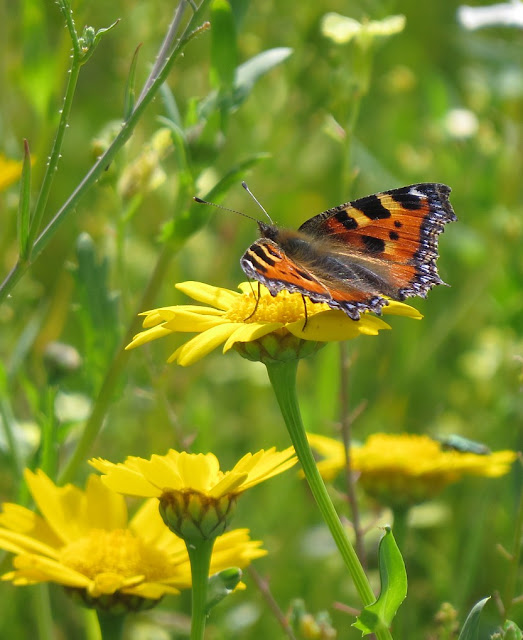 It was very popular with the butterflies.

New plants for me were the following: 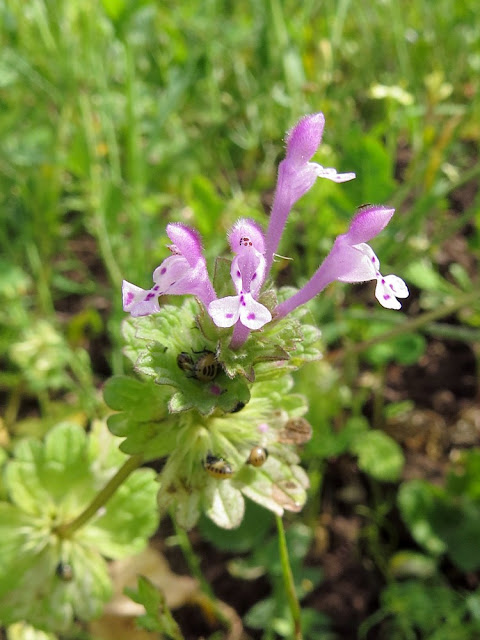 Henbit Dead-nettle - Lamium amplexicaule
I hadn't noticed the little passengers on this plant until I looked at the photos. 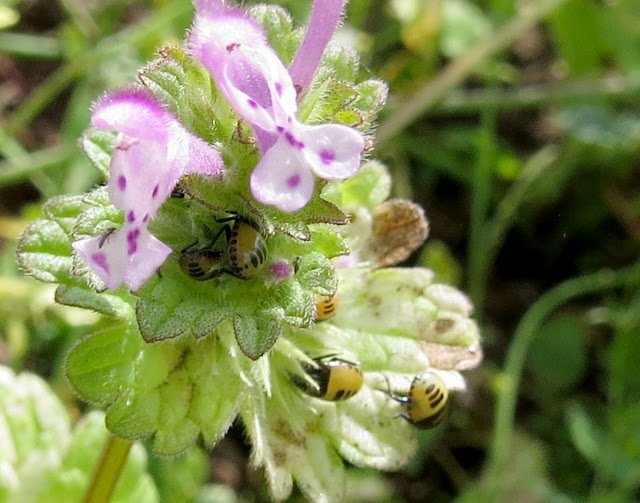 Here's a closer view of them, they are early instar nymphs of the
Pied Shield Bug - Tritomegas bicolor 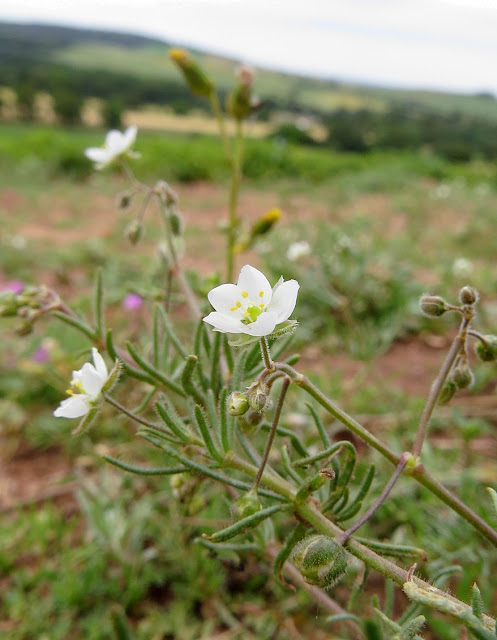 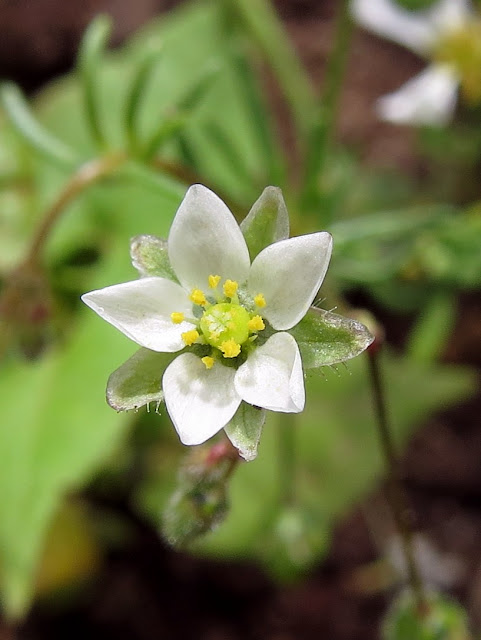 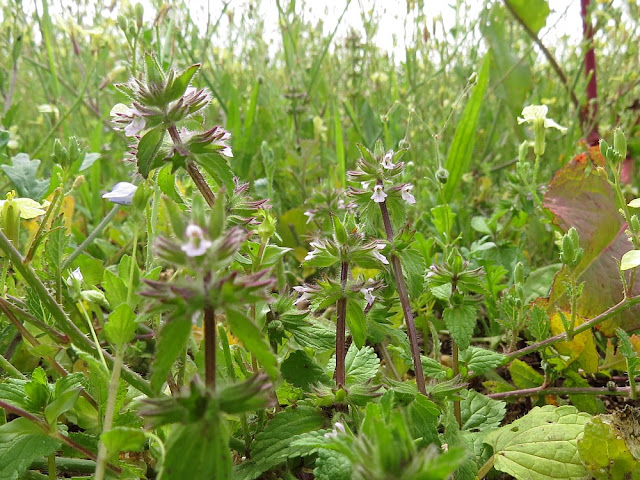 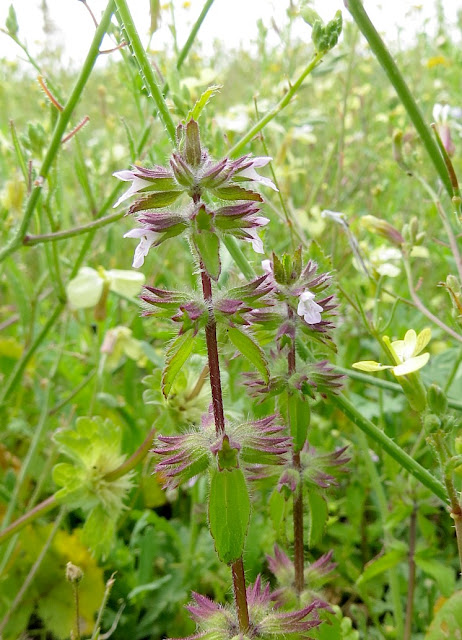 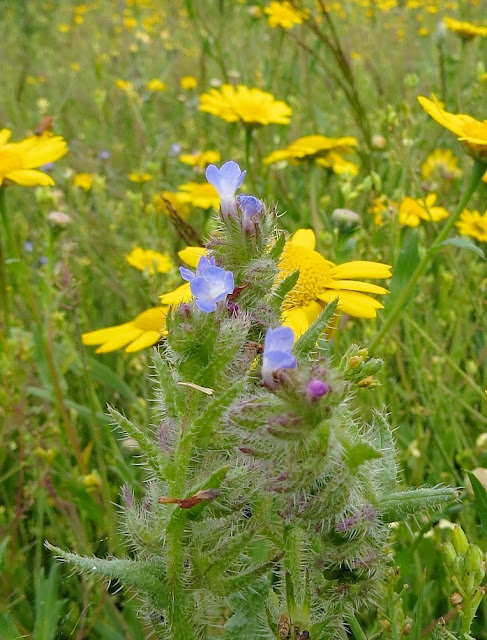 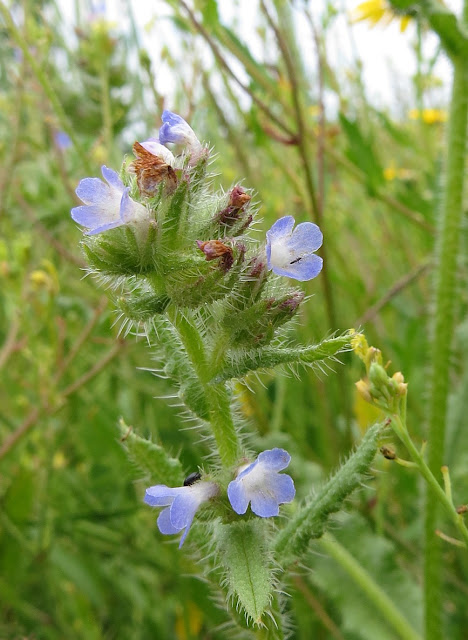 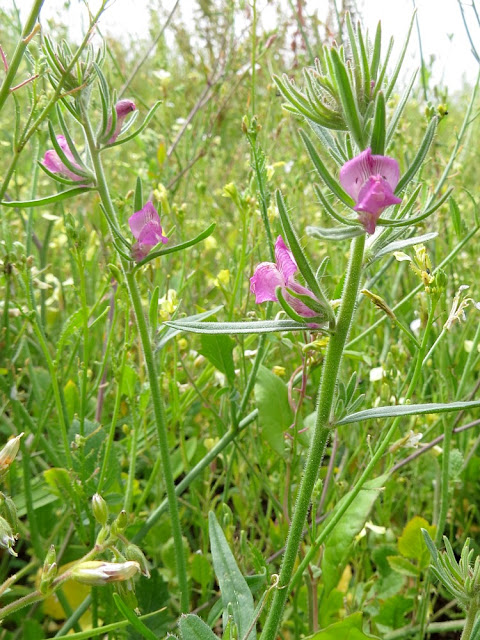 And the one I went especially to see the brilliantly named Weasel's Snout or the much more boring alternative, Lesser Snapdragon. 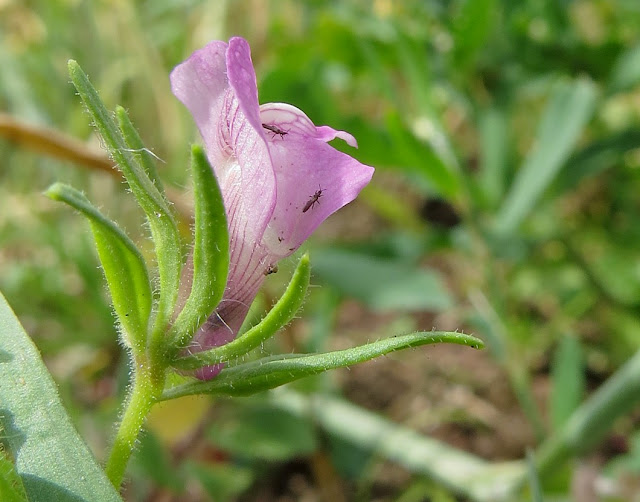 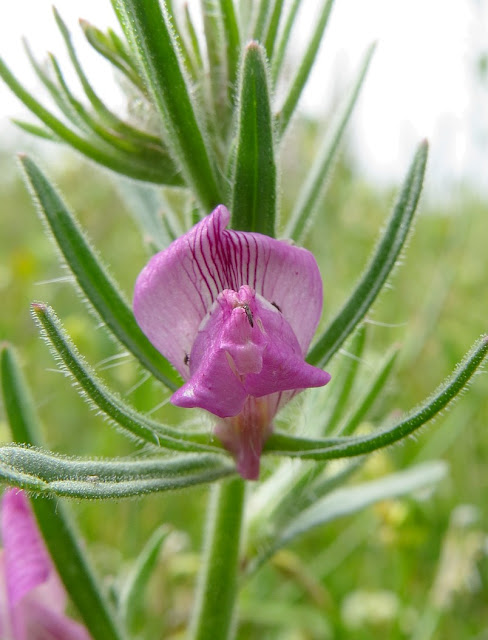 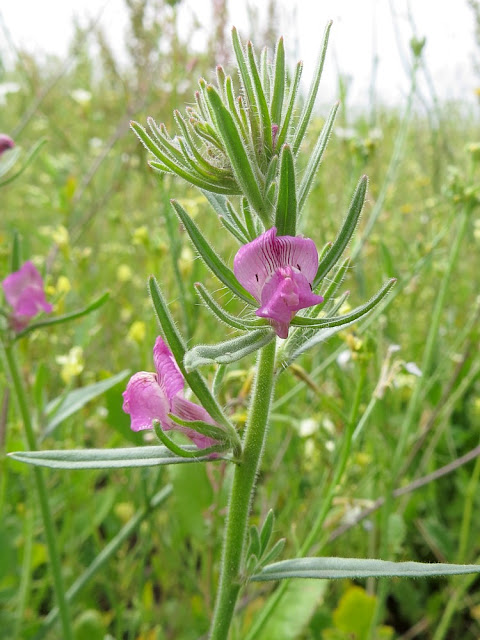 Fascinating, Karen. I found your blog through Twitter and have loved looking at the beautiful 'weed' photos and also learning the plant names. It's really interesting to find out the common name as well as the official one!
Miriam

Thanks for visiting and commenting Miriam.