This morning I popped over to Turf on the Exe Estuary to have a look at the Snow Bunting that's been around there for a couple of days now. It was beautiful and sunny when I left Sidmouth but with heavy showers forecast. By the time I reached the bird one of the showers had arrived. It absolutely thrashed it down and I got soaked. The Snow Bunting didn't seem to mind the rain at all though and just sat there out in the open toughing it out. Instead of simply waiting until the shower passed I decided to take some shots of it in the rain and I'm really pleased with how well they came out considering the lack of light. I thought the rain had set in and made my way back to the car but once there it began to clear up and when my friend Dave arrived I decided to go back with him and take a few more shots in the better weather. The sun even came out for a while. The bird was really very confiding as Snow Buntings often are and gave some lovely views. 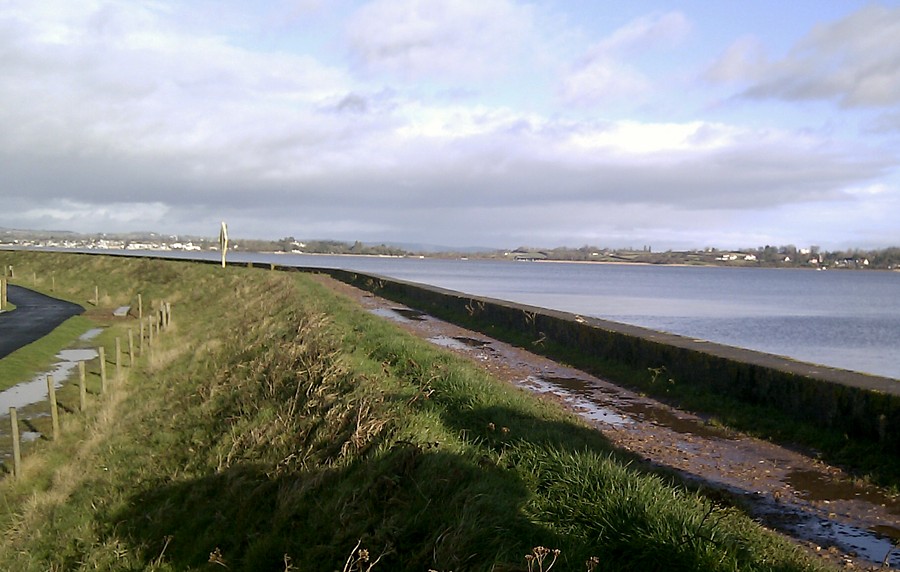 It was that close I could even get it in this photo taken with my phone. It really liked sitting on the sea wall alongside the estuary and periodically came down onto the footpath to feed. 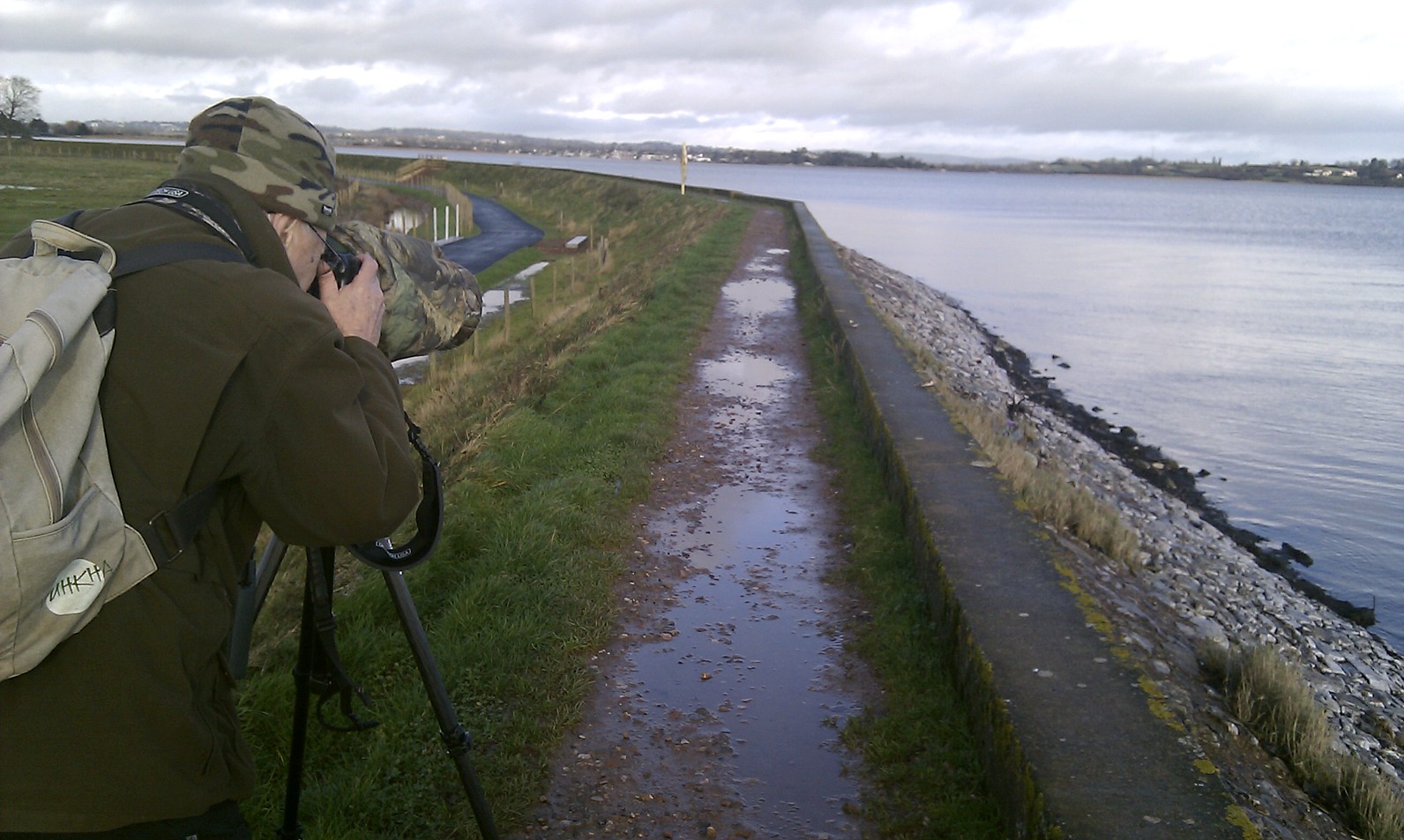 Dave's in this one to show just how close the bird would come.
It's the nearer bird of the two the other is a Pied Wagtail. 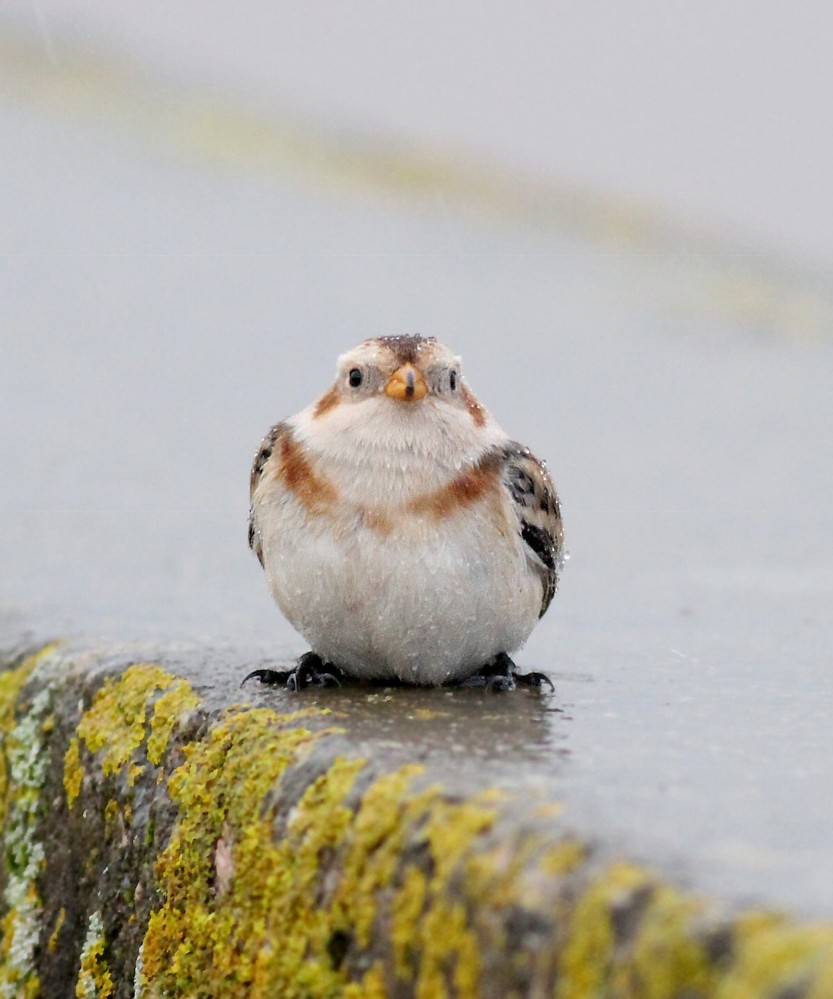 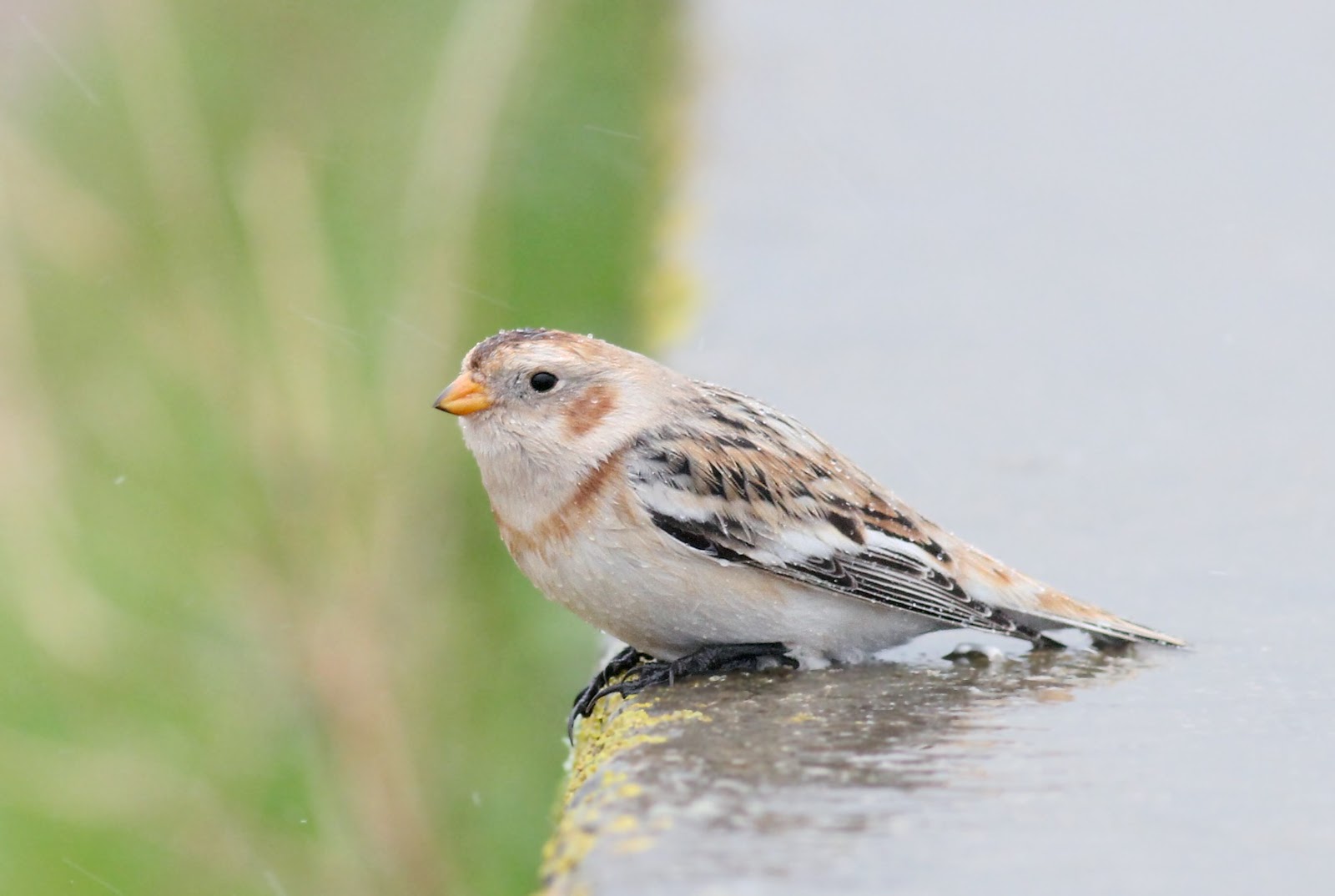 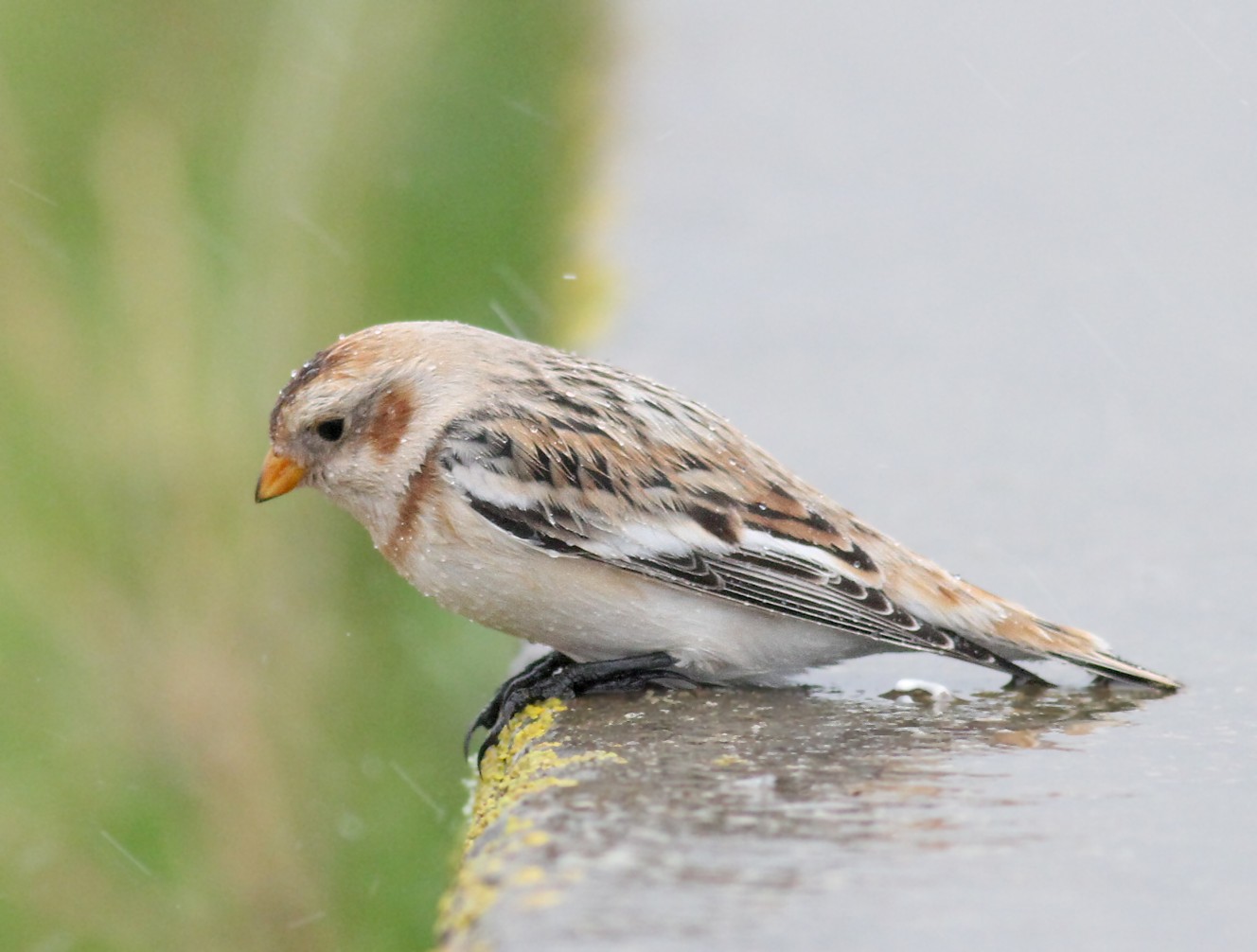 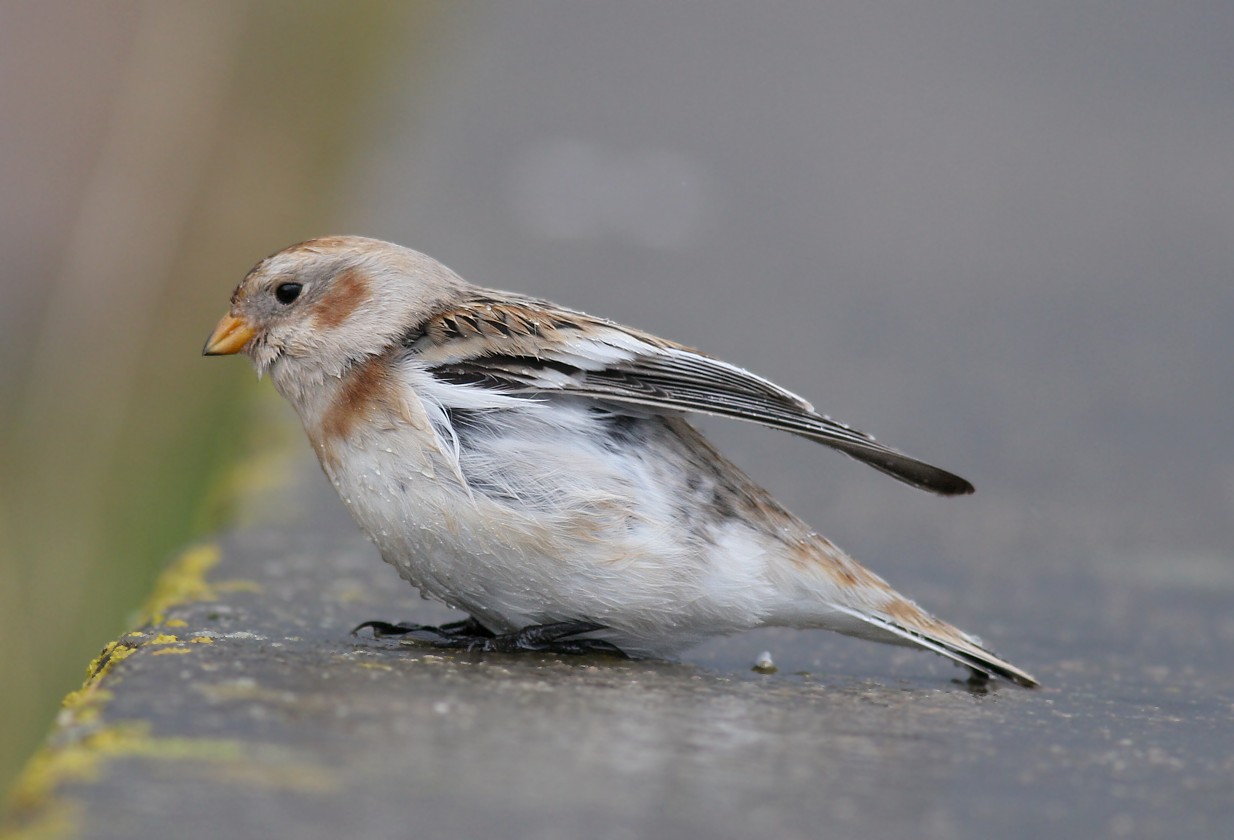 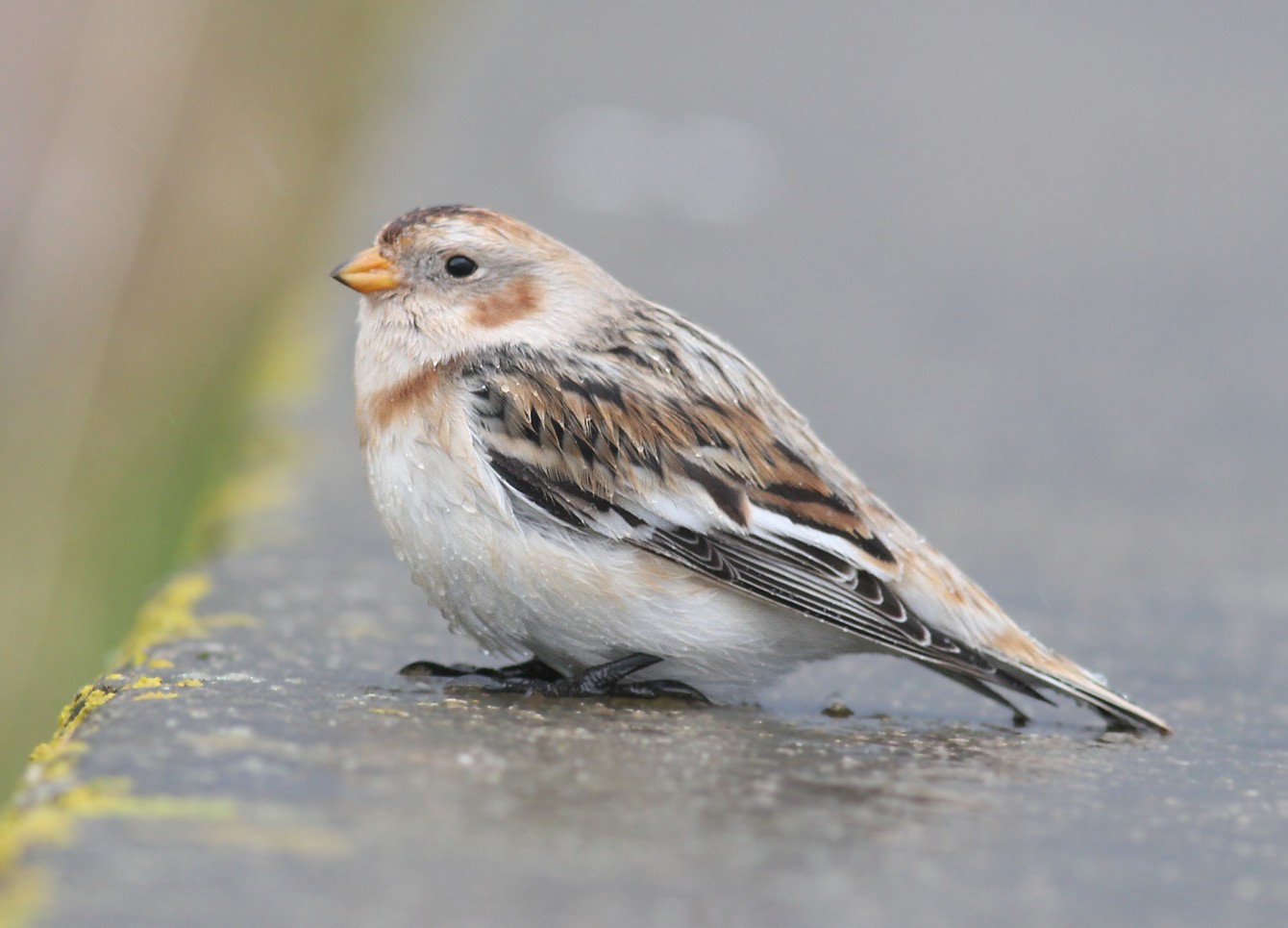 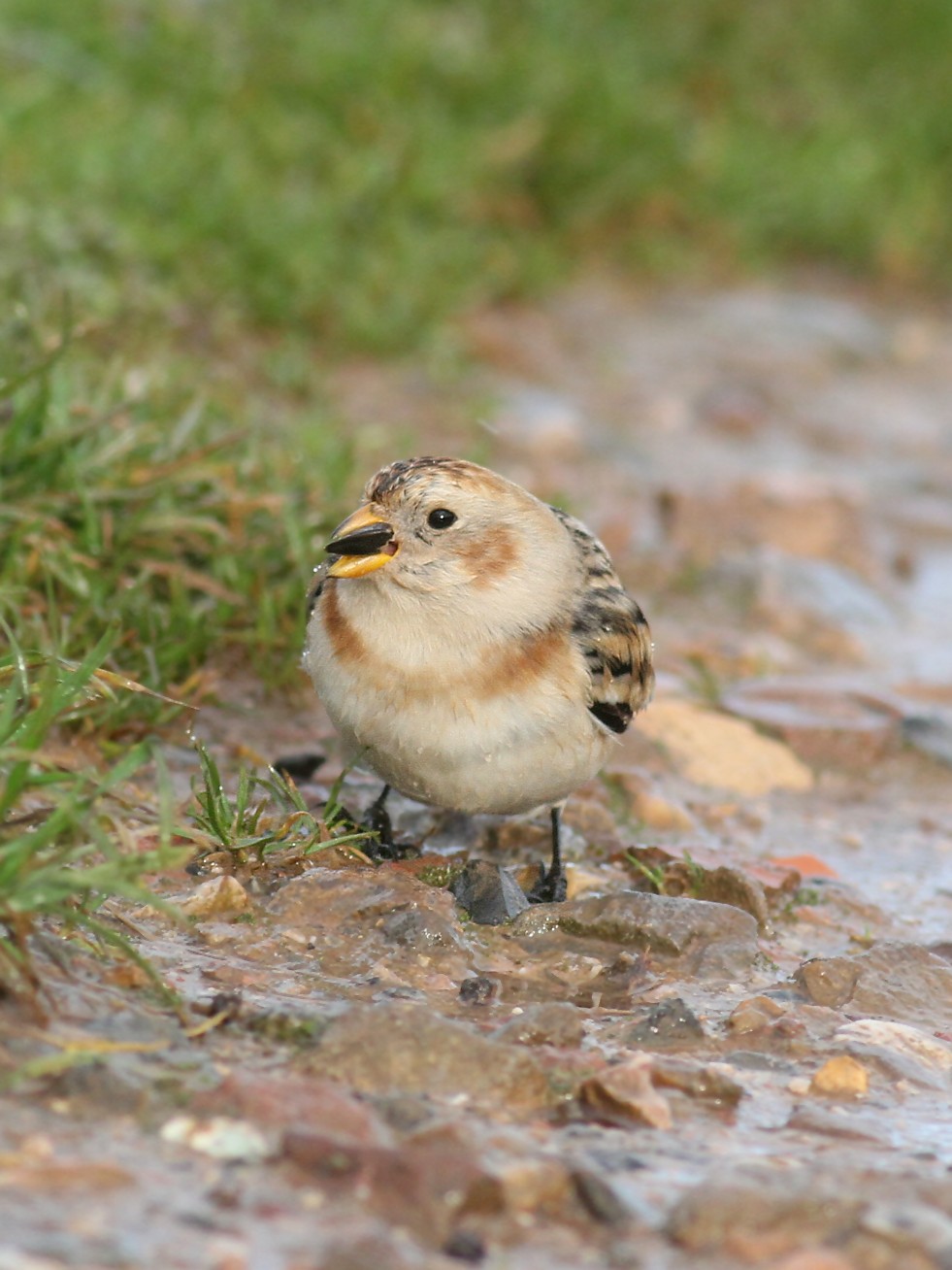 Something tells me someone has put some sunflower seeds down for it! 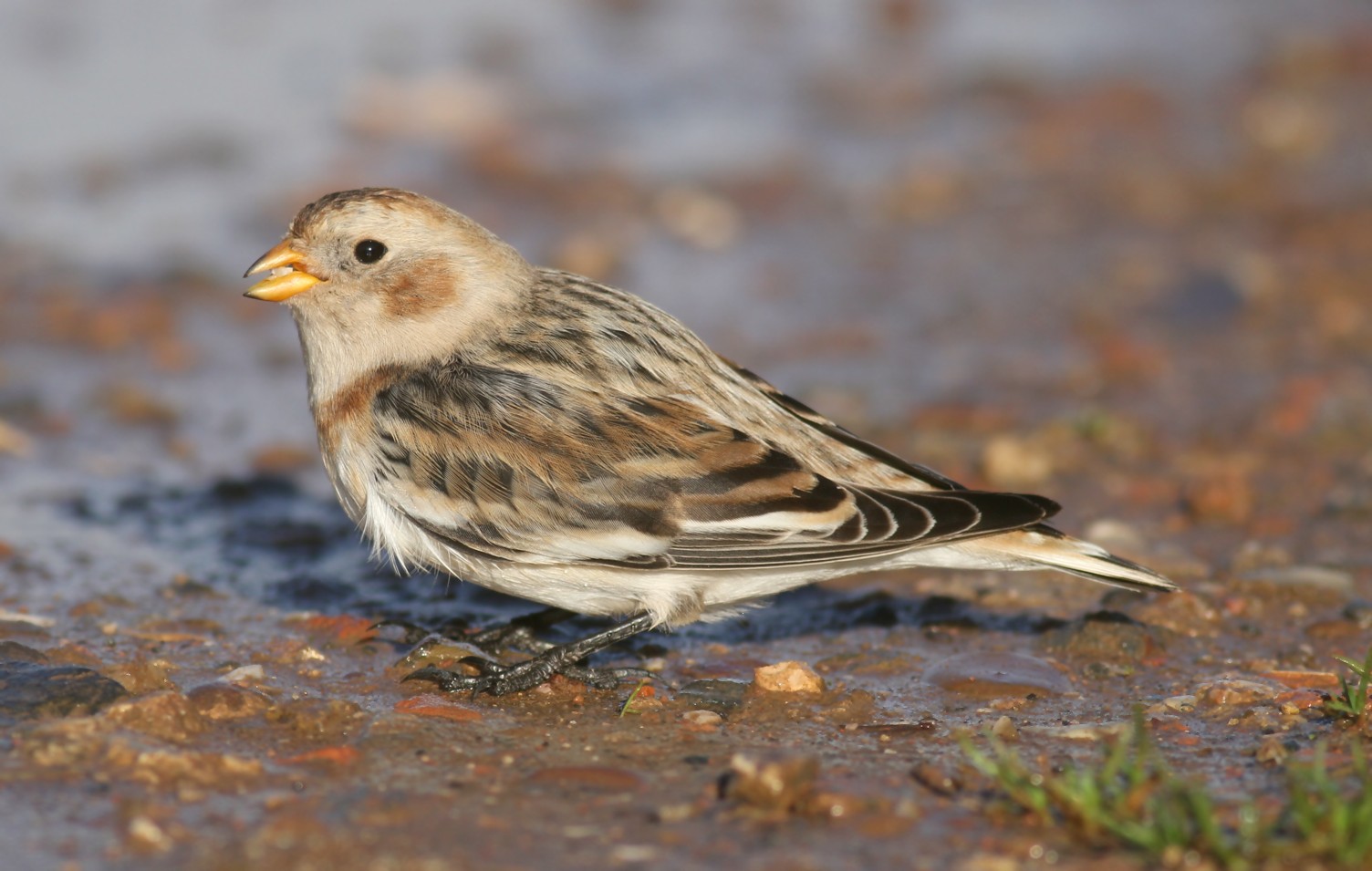 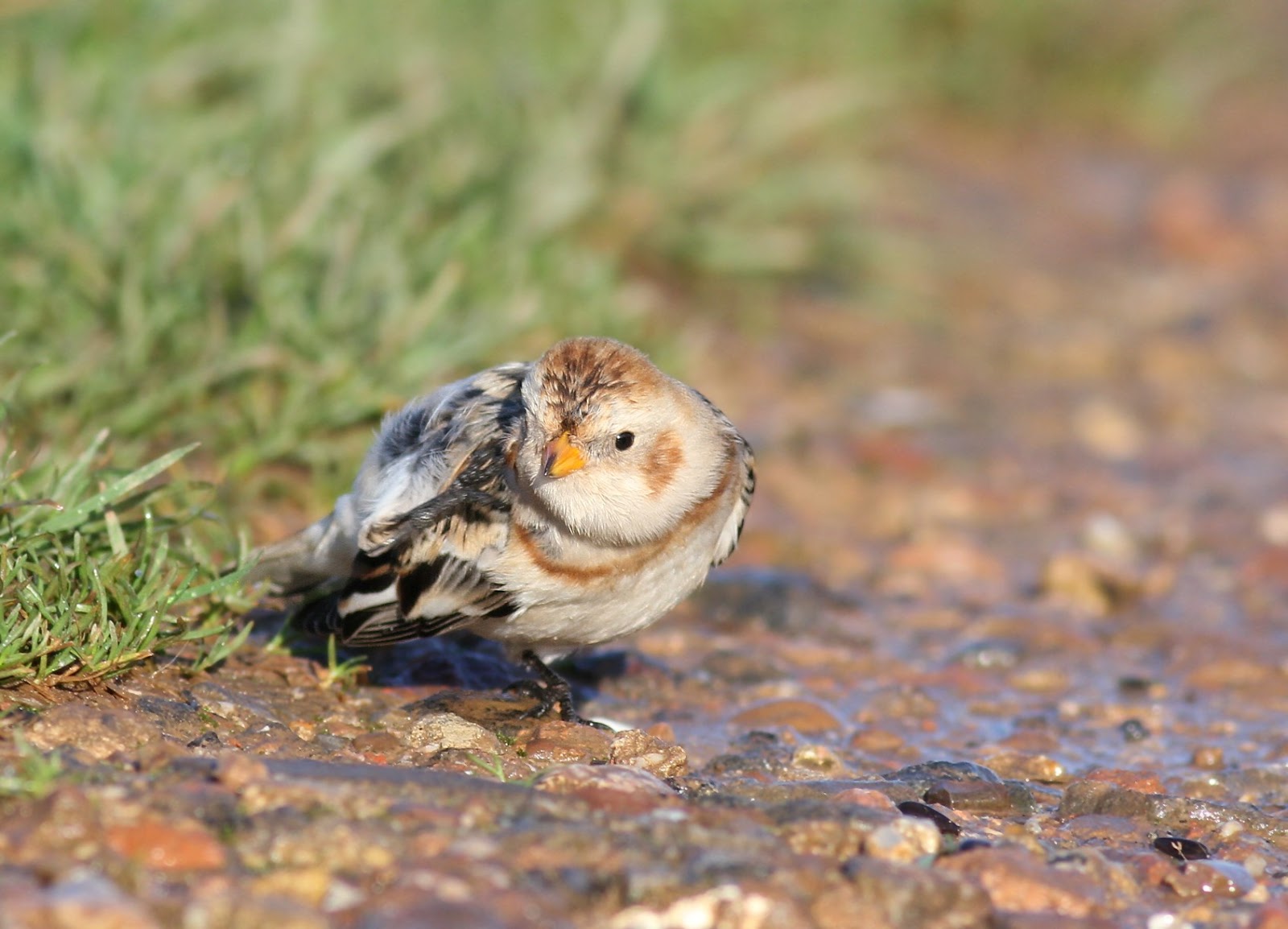 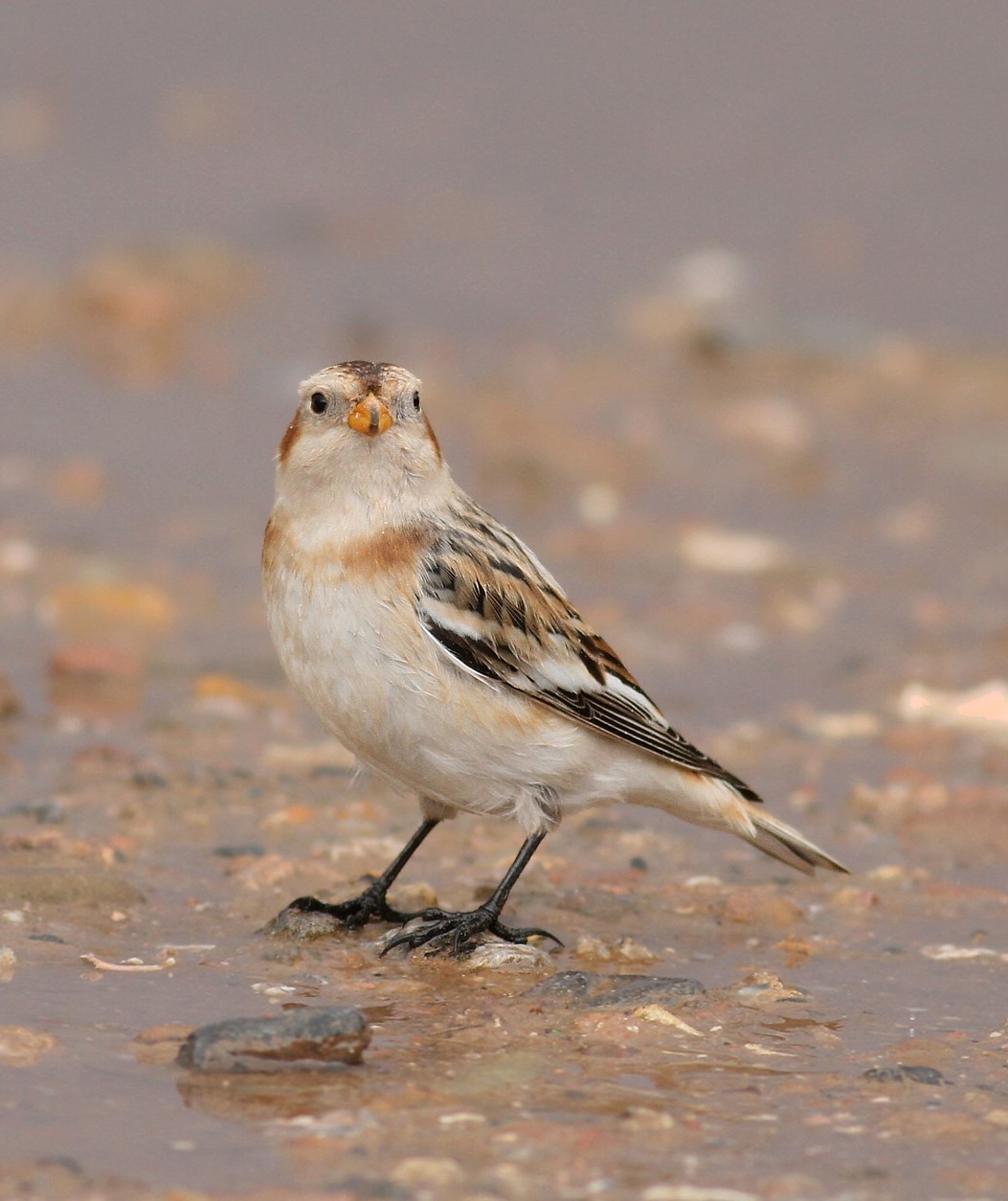 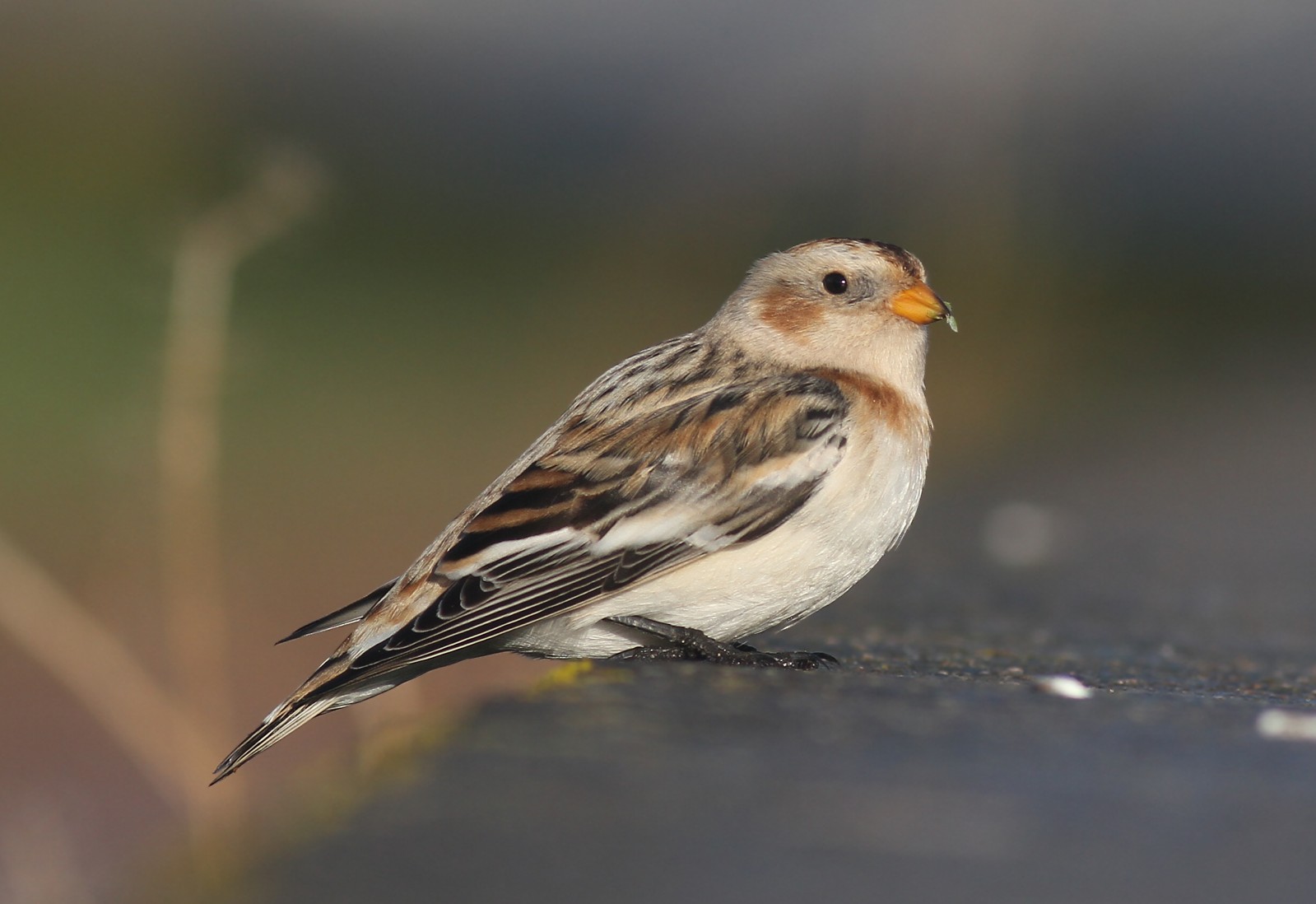 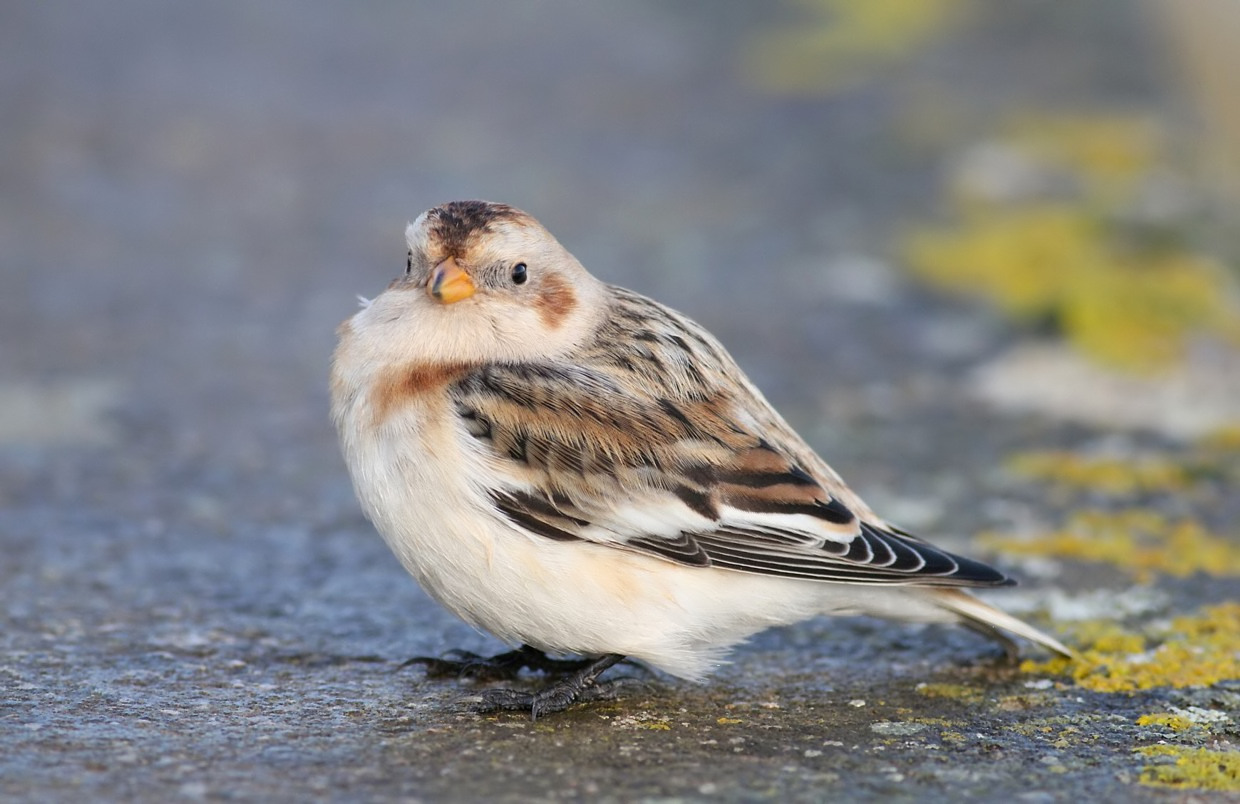 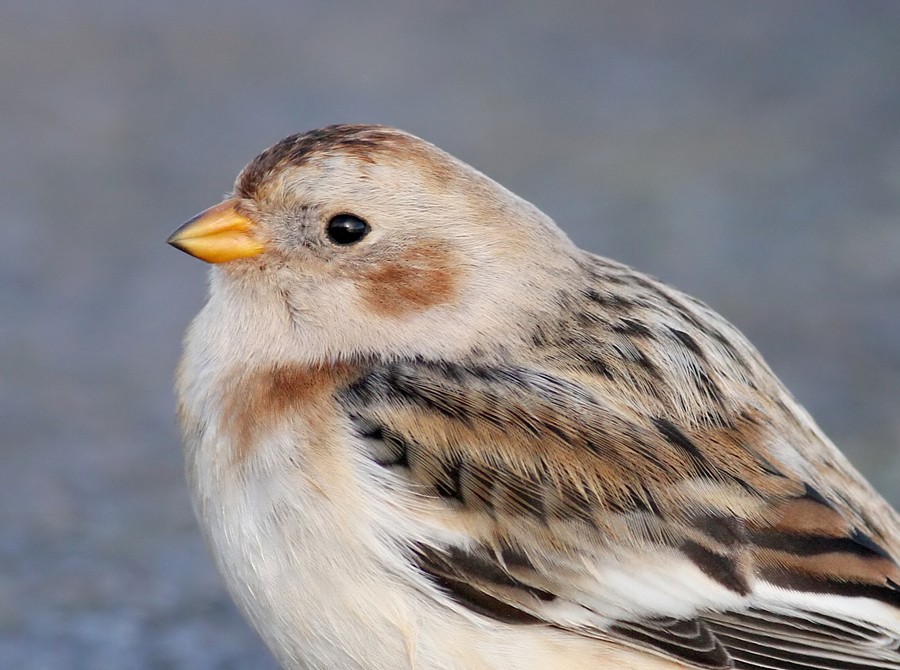 Posted by Karen Woolley at 9:00 pm

I like the ninth one best where it is stood up a bit. Nice images.

Thanks for the kind comments, Jennifer and John.

Andrew - I like that one too. It's not a pose you see very often from them.